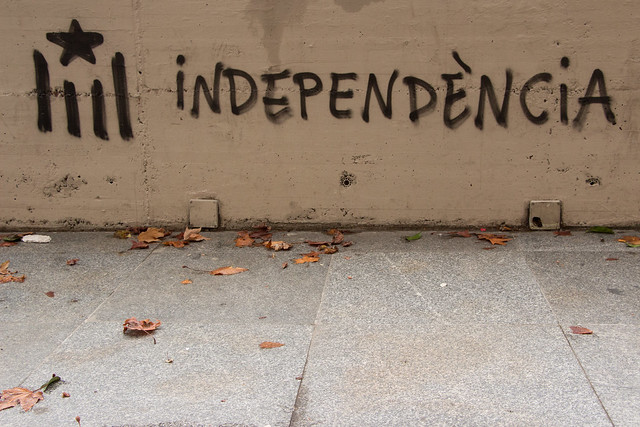 THE QUESTION of self-determination has been in the spotlight in recent years following the 2014 Scottish independence referendum, the 2016 Brexit referendum and the 2017 Catalan referendum. Inevitably, where politics goes academics follow. This short introduction to self-determination by David Miller, Politics professor at the University of Oxford, as part of Polity’s ‘Political Theory Today’ series is testament to renewed interest in the subject.

I was readying myself to write a predominately negative review of this text until the final few pages. Right at the death, Miller ends up in a place it would have perhaps been better to begin with.

He finishes the book by exploring the important case of Iceland, which responded to the country’s enormous crisis of its banking sector following the 2008 crash in a way which most economists tell us is not possible. A popular democracy movement emerged seeking to revolutionise the country’s constitution, while a new left government introduced an economic policy which let its banks fail and then nationalised and re-purposed them, rejected austerity, borrowed to invest and used tax measures to redistribute wealth.

Iceland also chose to stay outside the European Union (it is one of four nations in the European Free Trade Association). In rejecting international economic orthodoxy, the result was that “the Icelandic economy grew faster than any other western economy, unemployment was back down below 3 per cent by 2016 and income inequality was sharply diminished”.

Iceland shows, then, that democratic control through nation-states is not a dangerous illusion in the age of globalisation, and thus Miller concludes his book by answering the question posed in the title as a qualified no.

In Miller’s words: “Our pursuit of collective autonomy must… take place in multiple domains from local communities and workplaces right up to the international bodies that serve our special interests. If nation-states still remain privileged from this perspective, it is because, at their best, they are able to provide the internal conditions under which their peoples can become effective group agents while retaining a sufficiently wide range of powers to make self-determination more than just a formality.

“Self-determination is not, then, merely a dangerous illusion. It is something all of us can and should inspire to be involved in. But we need to be realistic about the conditions under which genuine self-determination (rather than a bogus, elite-manipulated, version) is possible.”

READ MORE: What does sovereignty mean for Scotland and its people?

The route Miller takes to reach this measured conclusion, however, is not on the whole convincing, and at times troubling.

Miller’s approach to theorising self-determination is too reliant on abstract formulations of optimal forms of democratic practice. He looks at the example of the organisation of a street, where all participants are assumed to have more or less equal power, with no power dynamics between that street and other streets. Whether we are looking at self-determination at work, in a city or at a national level, clearly the social relations between participants is defined by very specific dynamics fundamentally different from that of a street (whether it be wage-labour, property/rent divide, inequality, etc). However, none of this is central to Miller’s theorisation. Throughout the book he consistently draws on the street example as a microcosm for problematising self-determination more generally. Self-determination is fundamentally about who holds power, but Miller appears to have no theory of power between nations and within nations from which to situate self-determination within.

No theory of power inevitably means a treatment of self-determination which appears to be merely a case of selecting the best possible framework for democratic agency and then enacting it. But this is not how the politics of self-determination actually works. The political necessarily operates within the constraints of contemporary power relations (‘the art of the possible’).

So it’s perfectly fine to argue, as Miller does, that the Brexit referendum would have been better to be accompanied by forms of deliberative democracy like mini-publics, so that citizens could have had a thorough conversation in advance of voting. But that does not tell us anything about the fundamentals of the Leave vote and the subsequent crisis in Britain over what that vote now represents. Neither would mini-publics have resolved the fundamental contradictions which brought the Leave vote to pass. The nature of the European Union; whether Brexit is really ‘taking back control’; what does it mean for a country to be self-determining in an age of globalisation – none of these issues are really explored at all.

In fact, more time is spent on looking at whether Manchester United football club could work as a fan owned co-operative and if this could be a trans-national form of self-determination. As a Man Utd fan, I would never say that this is an unreasonable question to ask, but Miller misses the real, hard political questions necessarily involved in seriously posing such a question, issues which are directly related to the problem of national self-determination in the modern age. For example, is it possible for fans to buy-out their football club against the wishes of its present owner within the current European legal system, or would the European Court of Justice rule such a move to be a breach of property rights? What would be the trade off if the UK were to decide to take a different approach to company law which meant operating outside of the ECJ? None of these sort of real world political-economy constraints on self-determination are central to Miller’s conception.

Miller also gets it wrong when it comes to the question of self-determination and secession, the part of the book which relates directly to the Scottish independence question.

He identifies three theories of secession: ‘just-cause theory’, which contends that “secession is only warranted when the seceding group is the victim of serious long-term justice at the hands of the state it wishes to leave”; ‘choice theory’, which says that any territorial group which wants to leave a bigger group can choose to do so provided it does so democratically; and ‘nationalist theory’, which finds that secession is justified when a nation, with specific cultural identifications and values which signify it as a nation, seeks to “break free”.

Miller finds that all three theories have their problems, when in fact from the point of view of optimising democratic practice (Miller’s raison d’être) it should be perfectly obvious that choice theory is the only approach which is clearly and consistently democratic.

Miller’s critique of choice theory rests on two wrong-headed lines of argument. First, that it “permits endless fragmentation”. This assumes that given the choice people always would choose to secede, but we know this not to be true.

Miller cites the example of Irish secession and the Catholic-Protestant divide within present day Northern Ireland as an example of the difficulties in self-determination among divided populations: “No way of dividing the island into independent political communities could ensure that everyone’s self-determination claims were adequately respected,” he argues.

This confuses two different (but connected) issues: minority rights, and majoritarian democracy. There is no democratic way to resolve territorial claims other than majority decision (anything else would be even more divisive), but that does not mean the rights of minority groups within a self-determining/seceding nation should not be respected. If, for instance, a majority within northern Ireland and the Republic of Ireland voted to unify as one nation-state, it’s almost certain that a significant section of Northern Ireland would be alienated by such a decision, but the same would be true if they voted the other way in such a referendum – both communities should have their rights as individuals respected, but accept the legitimacy of democracy.

Second, Miller argues that citizenship of a territory at the time of a secession decision is an insufficient criteria for deciding who should have decision-making power over the resources within that territory. If this were a genuine problem, democracy itself would be seriously in trouble, for no election which decides who governs any of the world’s nation-states could ever happen because it excludes those citizens of other nation-states. The world’s democratic system already is fragmented along territorial lines – there is nothing fundamentally different in terms of democratic practice about a secession-based territorial vote than that of an existing nation-state.

It’s troublesome that Miller would contend that a justification for the 2014 referendum, where the citizens of Scotland exclusively voted in a Scottish independence referendum, must “show why the smaller nation should take precedence over the larger one as the relevant unit of territorial self-determination”. It’s not clear why Miller believes the issue at stake here is about smaller and large territorial units of self-determination, and not about those within any given territory (England, for instance) deciding themselves whether to secede or not. In over-problematising the issue, Miller loses the essence of national self-determination.

The result is that the real substantive issues when it comes to the right of nations to self-determination are not explored. The issue is not (or should not be) whether citizens of a territory should be able to vote democratically on whether to secede, but what penalties should be placed on self-determining nations by the international community if they operate in such a way as to undermine the self-determination of other nations. For example, by operating tax havens which act to siphon off the wealth of other countries (e.g. Monaco) or by undermining the security of another country by setting up military bases around their border or bombing them (e.g. the United States), or even by undermining the sustainability of a country’s natural resources through excessive historic carbon emissions (e.g. the UK). Should sanctions or trade barriers be automatic when one country’s self-determination undermines that of another?

Is Self-Determination a Dangerous Illusion? by David Miller will be published by Polity in November 2019. See here for full details.