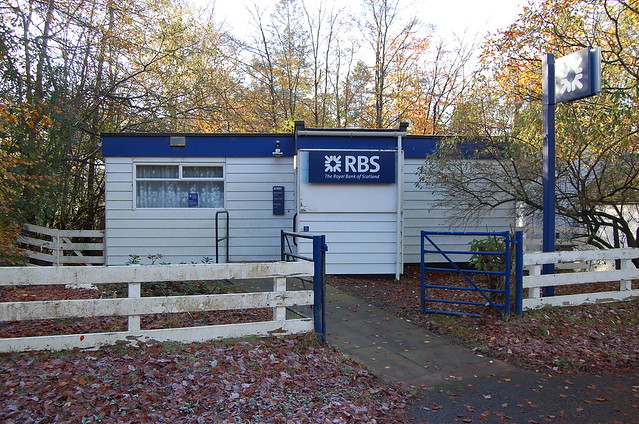 NOTHING about the reality of Britain can be properly understood without knowledge of the financial crash which nearly cost us everything. Ian Fraser’s Shredded shines a bright light on the bank which was and remains at the cente of that story.

Fraser revisits the book five years after it was first published, expertly charting the numerous scandals which have plagued one of Scotland’s most famous international institutions after it was bailed out by the taxpayer to the tune of billions.

Shredded chronicles the disastrous, “sociopathic” mismanagement at the very top of RBS under Fred Goodwin who oversaw a culture of toxic risk enabled by inept regulatory frameworks, assisted ably by governments who failed to act.

Reporting across Scottish newspapers up until 2008, Ian Fraser wrote much of the first draft of history of the bank, but this fast moving story had much more to give.

At times Shredded reads like a juicy script for a high scandal drama, with ex-RBS chief Goodwin acting as the protagonist seemingly happy to put his bank, customers and even his country at risk in the wild pursuit of global capital as he grew the bank to subsume unsustainable levels of risk.

But it is a brilliant investigative documentary rather than a thriller, and Fraser brilliantly strings the story together.

In 2017, Labour’s Chancellor at the time, Alistair Darling, who oversaw the RBS bailout alongside Prime Minister Gordon Brown, said the biggest risk going forward was that institutional memories have faded at the bank.

Apparently proving Darling’s prediction, Fraser charts some of the latest scandals which have hit the bank’s customers as it desperately shreds the weight of risky assets that nearly sunk the ship.

Whether Scottish Independence, Brexit or the increasingly insular, nationalistic economic policy pursued by the US and others, the failure to adequately address the global financial crash is at the root of the reality of modern politics and ultimately, the crisis capitalism finds itself in.

The behaviours which precipitated the global financial crash were visible at RBS to those who peered inside at the time, Ian Fraser’s second look is a no less damning indictment of unreformed banking practices left unhindered by failed regulatory bodies.

Shredded is an essential manual for anyone in British politics.

Shredded – Inside RBS, the bank that broke Britain (Birlinn Ltd), is available from 9 May 2019, click here to pre-order.