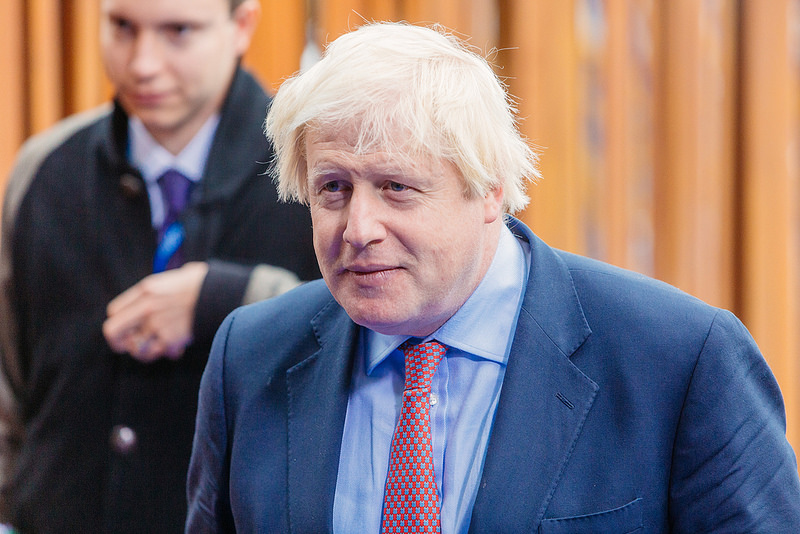 BORIS JOHNSON penned a memo to the prime minister saying that it was not the UK Government’s responsibility to prevent a hard border in Ireland, saying the issue was being used by Remainers to stop Brexit.

The memo, seen by Sky News, has prompted further calls for Theresa May to sack her controversial foreign secretary who was mocked on Tuesday after comparing the border in Ireland to travel between London boroughs.

Northern Ireland and Scotland were the only parts of the UK to back remain in the Brexit referendum, and the issue of a possible “hard border” in Ireland after Brexit has been a key issue for the government to answer in negotiations with the EU.

During the referendum campaign, Johnson insisted a vote to leave would not result in any changes to the current border arrangement, and repeated in Westminster recently that there should be no hard border.

“It is wrong to see the task as maintaining ‘no border’ on the island of Ireland.” Foreign secretary Boris Johnson

The leaked document, obtained by Sky News, says: “It is wrong to see the task as maintaining ‘no border’ on the island of Ireland and the Government’s aim will be to stop this border becoming significantly harder.”

The Irish government secured an agreement with the EU that a return to border checks between the North and the Republic should be avoided, and the EU is expected to release a document outlining its default position of Northern Ireland remaining part of the customs union’s territory in a bid to solve the problem.

It is thought this is not the favoured solution of the UK Government.

“That effectively amounts to an annexure of Northern Ireland by the European Union.” Former Bexit secretary David Jones

Downing Street was quick to downplay the implications of the memo, saying it did not represent a change in the government’s desire to ensure there was no return of a hard border.

“That is the truth and that is what Boris Johnson is supposed to be responsible for.

“This is not responsible politics and it is simply telling lies to the British people.” Shadow foreign secretary Emily Thornberry

“The British Government have promised the people of northern and southern Ireland that there will be a soft border and now privately he’s saying that actually it probably will be a hard border.

“This is not acceptable. This is not grown-up politics, this is not responsible politics and it is simply telling lies to the British people.”

Speaking to reporters after returning from a jog in the snow, the foreign secretary promised to release the full text of the memo later today and said it was a “positive document”.