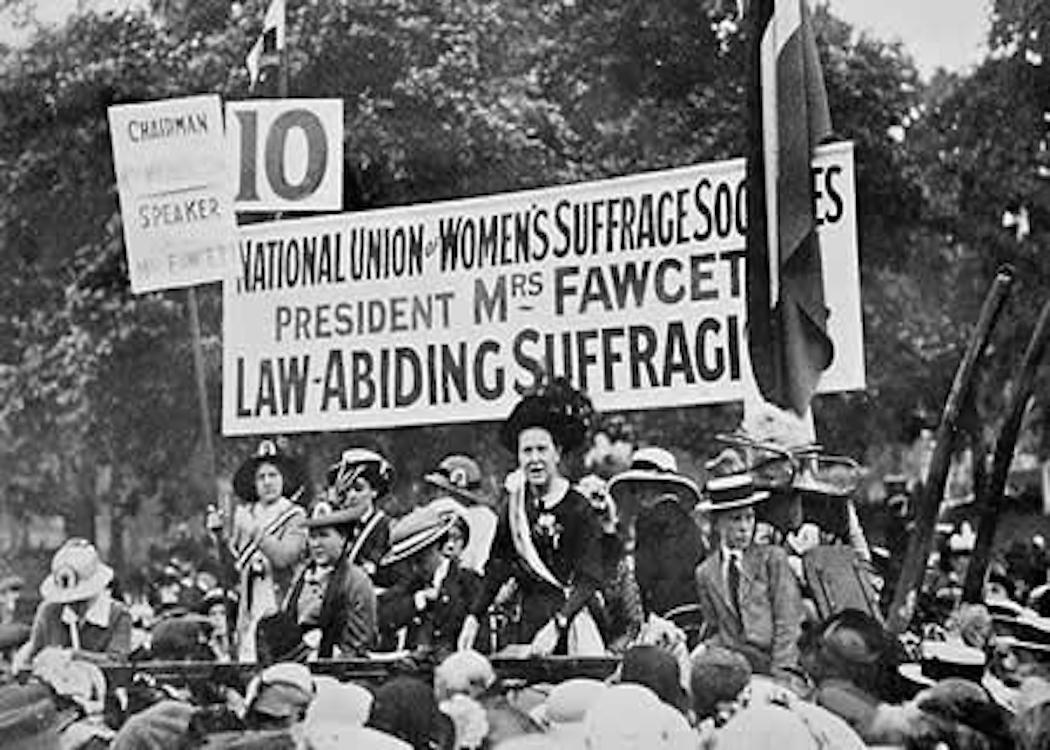 FEELINGS were mixed over the recent film ‘Suffragette’. Mainstream portrayals of social movements always have problems – take ‘Pride’ as another 2015 example – but there was certainly something to be celebrated about thousands of people learning about this bitter struggle, and many were shocked by the police brutality and shameful government intransigence depicted in the film.

But, asked historian Lesley Orr recently, “how many of us know that rejection of the centralised Pankhurst-run WSPU was widespread in Scotland, where the more democratic Women’s Freedom League (WFL) was particularly strong?” Seems the Scottish feminists were always a bit bolshy…

Some of the noteable Scottish figures of the suffrage movement:

Born in England but settled in Dundee, Moorhead was first imprisoned in Perth Prison along with several other suffragettes, causing large protests to be held outside. She was later imprisoned in Edinburgh’s notorious Calton Jail, where she became the first Scottish suffragette to be force-fed after going on hunger strike. Her brutal treatment by prison authorities caused her to become seriously ill.

Moorhead’s various other misdemeanours supposedly included vandalising the Wallace monument, lobbing an egg at Winston Churchill, arson attacks, and throwing stones at the Chancellor’s car – an act that perhaps many in modern Britain might be inspired by.

Crawfurd was imprisoned for direct action. When sections of the suffragette movement became pro-war and ‘patriotic’ in the lead-up to the slaughter of World War I, Crawfurd left and joined the socialist Independent Labour Party. She founded the Glasgow branch of the Women’s International League of Peace and Freedom in 1915.

Cartoonist Lorna Miller’s comic art about Helen Crawfurd is an amazing resource on Crawfurd and others.

Famously took a swipe at Prime Minister Asquith in 1908 and faced three weeks of jail in London’s Holloway Prison, making her the first Dundee suffragette imprisoned there. Surely not the first woman to try and hit a member of cabinet, she certainly was not the last .

As the Dundee Women’s Trail notes, Clunas was a schoolteacher who went on to serve as a town councillor until the age of 88. The school Clunas taught at is now Duke’s Corner in Dundee, with a plaque to her memory.

Involved in the Women’s Freedom League in Glasgow, being opposed to the undemocratic hierarchy of the WSPU. Originally from Cardross, she worked in Glasgow’s munitions factories during the war, and stood for election (unsuccessfully) in Bridgeton.

Murray railed against the enduring prejudice which kept women out of schools and swimming pools, and appealed to reason.

Barbour was a peace campaign, women’s rights activist and led the famous Glasgow Rent Strike of 1915. Her finest hour, uniting Glasgow tenants to create the first ever cap on rent prices, was celebrated throughout last year, with plans afoot to build a statue in her honour.

Barbour was one of the first women elected as a Glasgow councillor, where she led the expansion of health and reproductive services that had previously been denied to women.