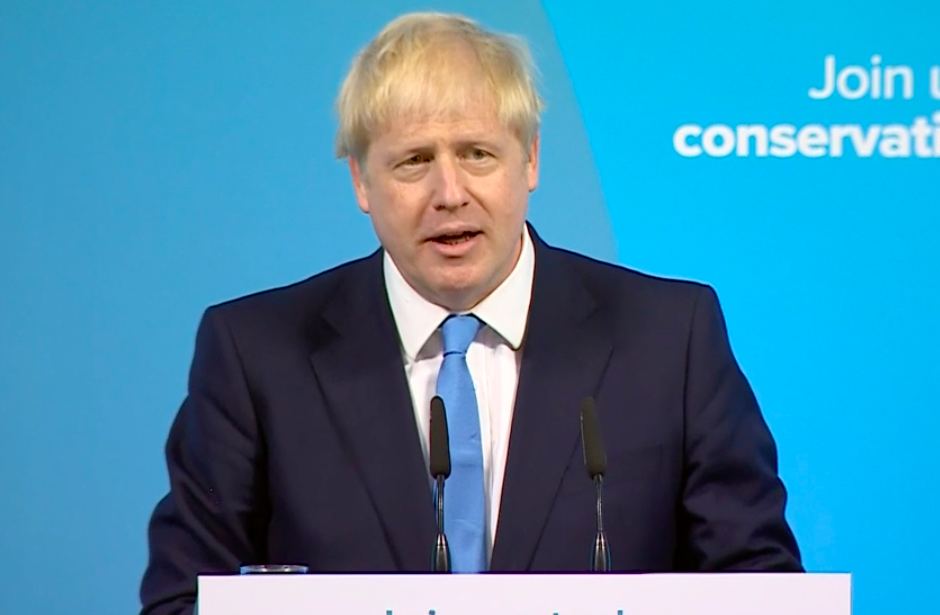 BORIS JOHNSON has been elected as new leader of the Conservative Party, and will become the new Prime Minister tomorrow.

He won 66.6 per cent of the vote of Tory members, defeating Foreign Secretary Jeremy Hunt by a wide margin.

In his victory speech, Johnson said he would “unite the country and defeat Jeremy Corbyn”.

CommonSpace rounds up the Scottish reaction to the announcement.

“I congratulate Boris Johnson on his election as Tory leader and I will do everything possible to ensure that he respects Scotland’s views and interests. However, I have profound concerns about the prospect of his premiership and it would be hypocritical not to be frank about these. These are concerns that I am certain will be shared by the vast majority of people in Scotland who, had they been given a say, would not have chosen to hand the keys to number 10 to someone with his views and record.

“Mr Johnson should be in no doubt about the gravity of the situation he is about to inherit as Prime Minister, nor, in particular about the strength with which I and others will oppose his threat of No Deal Brexit.

“Brexit of any kind would be deeply damaging to Scotland and the rest of the UK, but his public pledge to leave the UK by October 31st – ‘come what may’ or ‘do or die’ – flies in the face of logic, common sense or any basic regard for the well-being of the people and nations of the UK. It is a deeply irresponsible threat, and not one which should be contemplated by any serious political leader. It should now be taken off the table without delay or equivocation.

“A No Deal Brexit would do huge damage to jobs, investment and living standards, as well as posing serious and totally unnecessary questions on critical issues such as medical supplies.

“The Scottish Government will be at the forefront of all and any moves to stop Brexit and block a No Deal Brexit, as will SNP MPs in the House of Commons.

“We will be joined in those efforts by others from across the political spectrum – and the fact that Mr Johnson already faces strong opposition from members of his own party who oppose No Deal Brexit  underlines the seriousness of the position he finds himself in.

“Scotland did not vote for Brexit, or for the current Tory Government – and certainly not for Boris Johnson as Prime Minister. All of this underlines the need for Scotland to have the right to determine our own future, in line with the democratic wishes of all those who live here.”

“The people of Scotland didn’t vote for Brexit, we didn’t vote for a Tory government and I’m certain that given the choice we wouldn’t have voted for Boris Johnson either.

“Scotland needs a route out of Boris’ Brexit Britain, and while we already have a firm mandate to hold a referendum, Johnson’s elevation to the office of Prime Minister on the back of bluff and bluster is hugely concerning and reinforces the need to hold this vote urgently.

“Brexit is already having a hugely detrimental impact with EU citizens in particular feeling under attack as rhetoric from the likes of Johnson and co has been relentless over the last three years.

“In the face of this utter shambles it has never been more important that Scotland retakes our place as an independent European nation.”

“Boris Johnson represents a dangerous form of English nationalism, and the one certainty of his election as leader of the Tory party is more uncertainty for the future of Great Britain and Northern Ireland.

“Johnson some time ago abandoned the unionist tradition of the Conservative and Unionist party. The Tory Party he now leads is a real and present danger to Scotland’s place in the UK.

“A no-deal Brexit led by Boris Johnson spells disaster for our country, and it is unforgivable for the Scottish Tories to back him.

“Only Scottish Labour is standing up for Scotland’s place in the UK, for the UK’s place in Europe and against a harmful no deal Brexit.”

“When faced with a choice of Boris Johnson or Jeremy Corbyn it’s pretty obvious that Jo Swinson should be in charge.”

“I congratulate Boris Johnson on his victory and offer commiserations to Jeremy Hunt. This was a keenly fought leadership campaign and the Conservative party can be proud of the manner in which it was conducted.

“Mr Johnson takes over the leadership at an incredibly challenging time for our country, and he has an enormous task ahead of him.

“My priority as Scottish Conservative leader is to ensure that he will deliver for Scotland within the UK, stop Nicola Sturgeon’s efforts to take us back to a second independence referendum, and prevent Jeremy Corbyn from getting into number ten.”

“I congratulate Boris Johnson on his clear win in the leadership contest. Our party must now unite behind the new leader and Prime Minister, so we can get on with the job of delivering Brexit, whilst maintaining a strong United Kingdom.”

Friends of the Earth Scotland Head of Campaigns Mary Church

“Boris Johnson’s number one priority as Prime Minister must be tackling the climate emergency. Deep, systemic changes must be delivered to bring down climate emissions significantly within the next 5-10 years, and decisions made in the next two years are key to this.

“Johnson’s Prime Ministership will ultimately be judged by how well his Government responds to climate breakdown – the greatest crisis we face.”

“The new Prime Minister must work with the Scottish Government to end exploration for new oil and gas in the North Sea and divert subsidies towards a just transition that supports workers and communities as we build a zero carbon economy.

“Boris Johnson’s appointment as UK Prime comes at a time when his party commands the support of barely a quarter of voters in the UK.  It is unclear whether he has the support of a majority in the parliament. A Johnson premiership is opposed by the vast majority of Scots, even his own party in Scotland can barely contain their horror.

“Johnson’s politics are a product of privilege. He lives in a world which is far distant from the harsh economic realities of the wider population.

“As well as representing a very real threat of crashing us out of Europe with a no-deal Brexit, a Johnson premiership will presage continuing austerity, the hostile environment policy and attacks on workers’ rights. But he feeds off the very conditions his class have created.

“Now, more than ever we need a general election.  Alongside this, trade unions and the wider community will be organising in our workplaces, neighbourhoods and communities to tackle the conditions have which have allowed this current disaster to unfold.”