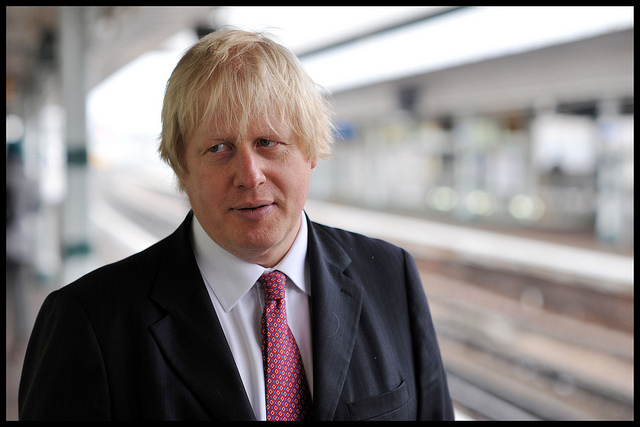 FOREIGN SECRETARY Boris Johnson ignored demands by SNP and Labour MPs in the House of Commons on Tuesday to apologise for his controversial remarks about Libya at the Conservative Party conference earlier this month.

Johnson told a fringe event that Sirte in Libya could be a popular tourist destination of the likes of Dubai, adding: “The only thing they’ve got to do is clear the dead bodies away and then they’ll be there.”

The comments led to widespread condemnation and calls for Johnson to be sacked, including from MPs within his own party, such as Heidi Allen, Sarah Wollaston, and Anna Soubry.

“I don’t believe that political point-scoring of this kind, of trivialising the reality or ignoring the reality […] does any favours to the people of Libya.” Foreign Secretary Boris Johnson MP

On Tuesday, SNP MPs David Linden and Stephen Gethins pressed the Foreign Secretary directly on his remarks in the House of Commons, asking whether he was “best placed to take forward our relationship with Libya.”

Labour MP Fabian Hamilton contested Johnson’s claim that only those with “no knowledge or understanding of Libya” were offended, by quoting directly from Guma El-Gamaty, the head of Taghyeer Party in Libya.

El-Gamaty described Johnson’s remarks as “insensitive”, and said: “The very least he should do is to apologise to the families of the young men who died.”

Johnson sidestepped calls for an apology, and turned the criticism to his detractors: “I don’t believe that political point-scoring of this kind, of trivialising the reality or ignoring the reality of the security situation in Sirte, does any favours to the people of Libya.

“What they want to see is the international community concerted and coordinated around the UN plan.”

The SNP’s Foreign Affairs spokesperson, Stephen Gethins MP, commented on Johnson’s response: “Despite being offered numerous opportunities to retract his shameful comments, Boris Johnson instead chose to duck an apology. His response is a stain on the office he holds, and an insult to the people of war-torn Libya who have sacrificed so much.

“As Foreign Secretary, Boris Johnson is meant to be Britain’s top diplomat. Instead, he is still behaving like he is in the Bullingdon Club.” David Linden MP (SNP)

“The question now for the Prime Minister is whether or not she sees fit that Boris Johnson is the person best placed to lead the UK’s international relationships.

“His appalling and insensitive comments have managed to unite politicians both in the UK, and across the divide in Libya, who have lined up to condemn his words.

“Having bombed Libya, the UK government has a special and moral responsibility to provide resources to support the reconstruction and development of the country.

“However, the Foreign Secretary’s remarks at the Tory party conference, and his refusal to apologise today, are symptomatic of a UK government that has failed to live up to its responsibility in Libya.”

David Linden MP, who raised the issue in the House of Commons, added: “As Foreign Secretary, Boris Johnson is meant to be Britain’s top diplomat. Instead, he is still behaving like he is in the Bullingdon Club.

“Boris Johnson was widely deplored for his appalling comments on Sirte. However, this is just the latest in a string of insensitive gaffes made by the Foreign Secretary. His failure to apologise shows that he is not fit for the office he holds.”