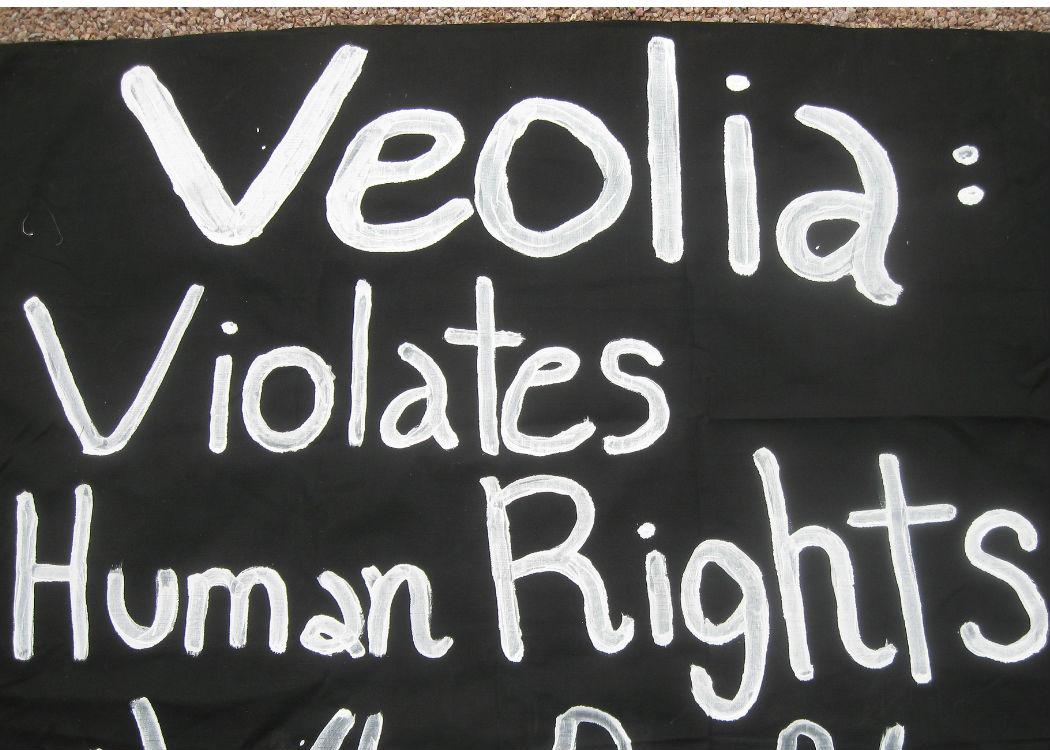 PALESTINIAN campaigners have claimed as a victory the decision of French corporate giant Veolia to sell off nearly all of its business activity in Israel.

Activists from the Boycott Divestment and Sanctions (BDS) movement, which aims to pressure Israel to abide by international law, launched a campaign against Veolia in 2008.

The company became a target after its involvement in a series of Israeli projects in the occupied Palestinian Territory (OPT) came to light.

Following the seven year campaign, that reportedly cost the company billions in lost contracts, Veolia has now announced the sale of its water, waste and energy contracts to Los Angeles firm Oaktree Capital.

It leaves its stake in the Jerusalem Light Rail project, which runs through occupied Palestinian territory, as its only business interest in Israel.

Mahmoud Nawajaa, the general coordinator of the Palestinian BDS National Committee (BNC), a broad Palestinian civil society coalition that leads the global BDS movement, said: “Grassroots BDS activism across the world made it very difficult for Veolia to win public contracts in some parts of Europe, the US and the Middle East, leaving the company no choice but to significantly scale back its involvement in illegal Israeli projects.”

“The BDS movement is showing that there is a price to pay for participating in Israel’s colonisation of Palestinian land. One of Europe’s biggest companies has been forced to sell its businesses in Israel that violate international law.”

During the campaign Veolia has failed to win contracts with local authorities across Europe , the US and Kuwait . City councils across Europe have passed resolutions excluding the firm from tenders with some explicitly stating that it was due to their involvement in Israeli human rights violations.

Among the local authorities to exclude Veolia was Edinburgh City Council who decided against considering the company for a contract to take over environmental services in 2010. (Click here to read more).

Sofiah Macleod from the Scottish Palestine Solidarity Campaign said: “Veolia suffered huge losses due to its involvement in Israel’s illegal occupation, losing contracts in Scotland and around the world. Their sale of business interests in Israel is a victory for the international campaign of boycott, divestment and sanctions (BDS). Veolia remains a BDS target however until they end all activities that sustain Israel’s occupation of Palestinian land.

“Veolia continues to tender for contracts with Scottish businesses, local authorities and government bodies, we have the means to make this victory complete, to keep the pressure on Veolia, to repel any association with the company and send a message to all corporations that we will punish them while they profit from war and human rights abuses.”

Veolia executives have previously said that the BDS movement has cost the company “important contracts”. (Click here to read more).