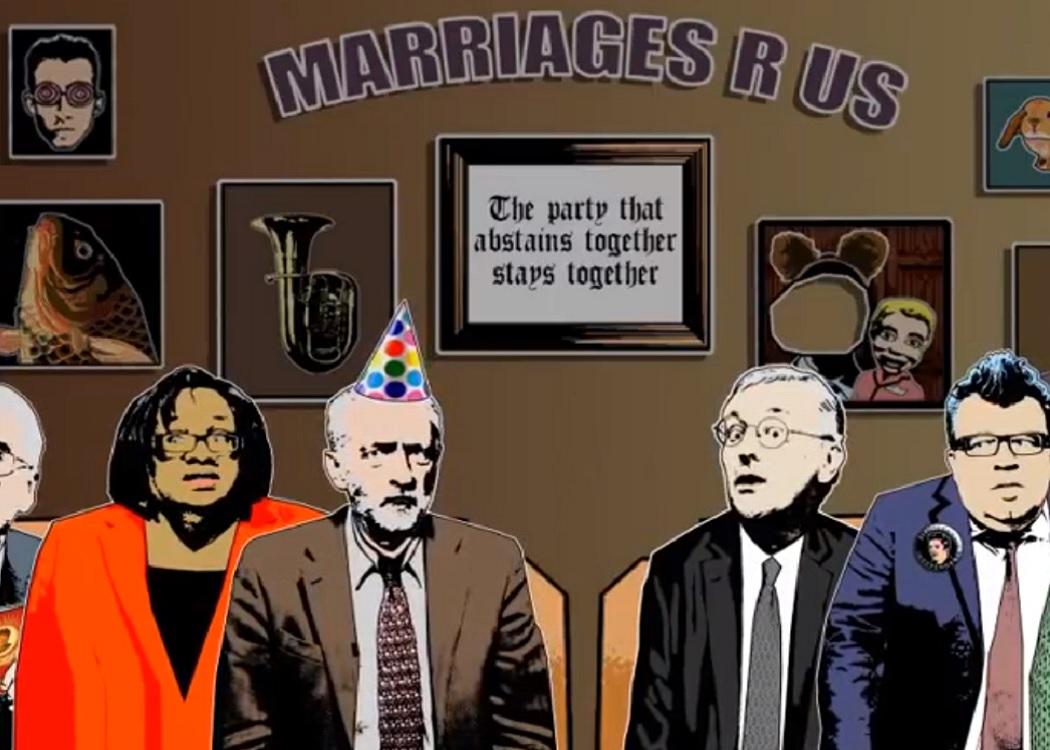 IT’S finally here – the first episode of MoodieVision series three is now out and legal letters will soon be arriving on CommonSpace’s doorstep.

In episode one, Marriage Guidance, Corky, former special adviser to Alistair Carmichael and now ‘relationship counsellor’, tries to reconcile the two warring sides of the Labour party with dubious intentions and bruising results.

MoodieVision is written and produced by Greg Moodie and Rose Garnett. Tune in next Wednesday at noon for the next instalment.