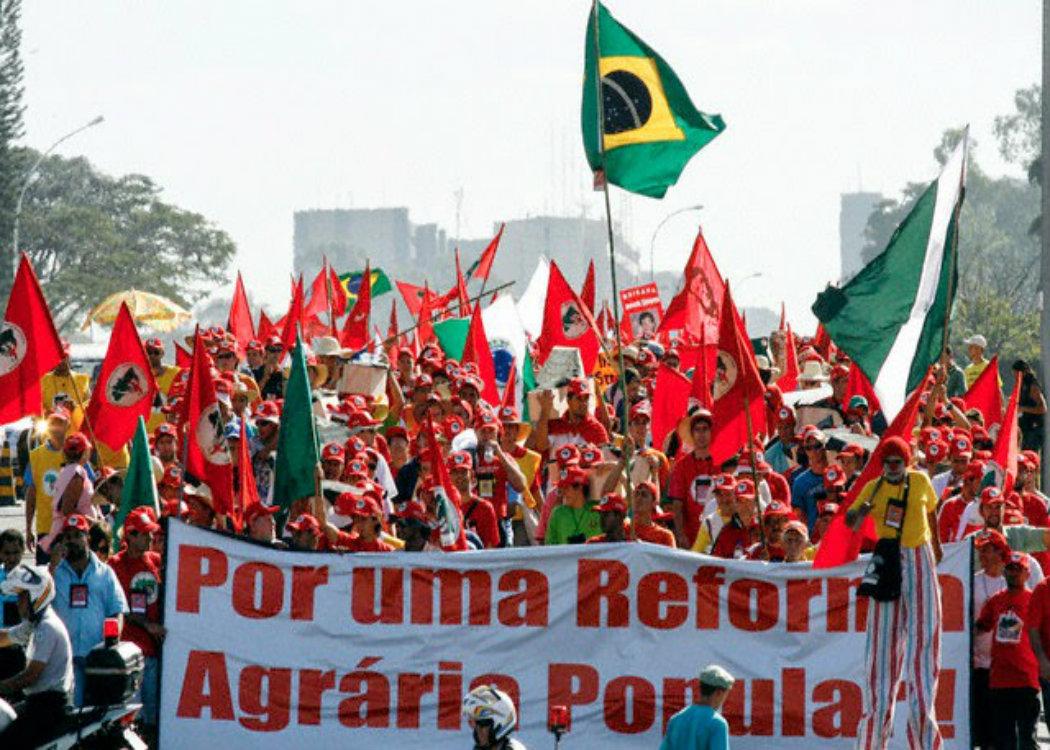 NEWS of the Scottish Government’s ban on genetically modified (GM) crops has travelled far – so far that it has received support from political campaigners over 9,000km away in the state of Goias, Brazil.

Campaigners who form part of the Movement of Landless Workers Brazil (MST), one of Latin America’s biggest political movements with over 1.5 million members, released a statement in support of the decision to reject GM crops development in Scotland.

In a motion sent to CommonSpace, the group explained its support for agricultural reforms which prioritise the environment and reject corporate control of pesticides and seeds.

The statement is from the Committee of Support and Solidarity to the Don Thomas Baldwin Camp, on behalf of representatives from universities, churches, and social campaigns which are supporting occupations by peasant farmers of empty farmland in Goias.

The organisation said: “We want through this demonstration to make public our support for the Scottish Government regarding the ban in the use of genetically modified organisms in agricultural production on Scottish soil.

“We know that the response of international interests affected by such a measure is to articulate and try to impose a setback to the Scottish people, and in this regard we believe in Scotland’s resistance to further advances is indispensable in this important battle against a model that has proven throughout the globe to be cruel and exclusionary.

“Healthy production was never a concern of large corporations which now hold patents on seeds and pesticides sold as a package that ends up removing the autonomy and capacity of the peasantry.

“And knowing the enormous pressure and difficulty that the people of Scotland will face by this display of self-determination and zeal, we put ourselves right now as partners in this endeavour.

“In addition to the scientific debate, which itself puts the spotlight GMOs, we must consider the dignity of life conditions in the field, an incompatible dimension to this hegemonic model dictated by international finance capital. Our committee welcomes the Scottish Government’s initiative and make public the will that Brazil follow this path.”

MST supporters claim they have been forced to take direction action due to the systematic clearing of peasants from farm land and a failure of political representatives to support land reform.

In August the Scottish Government announced it would claim an exemption from EU directive 1829/2003, which was expanded in April to give European countries the right to support the growth of new GM crops.

Last week the German government followed the Scottish decision by started a process to opt out of new GM production.

GM crops are controversial, especially in the developing world, due to the influence of multinational corporation Monsanto. Monsanto has faced protests from farmers over its use of intellectual property of seeds.

Supporters of GM crops in Scotland, including the National Farmers Union, claimed the ban would damage Scottish agriculture by limiting scientific advances in crop development.