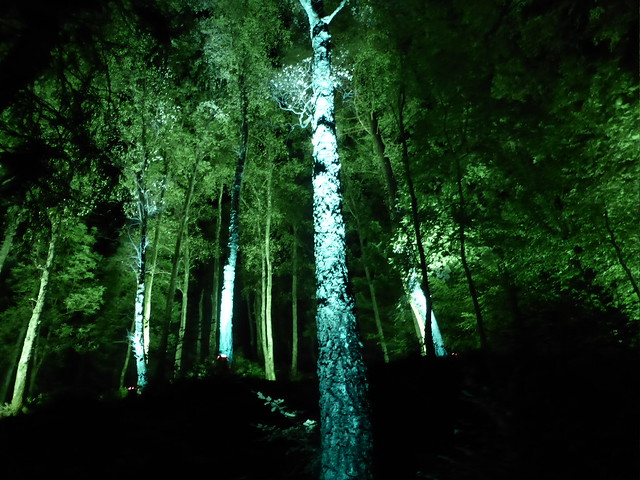 THE Common Weal think-tank has said action needs to be taken to ensure Scotland’s forestry wealth is not extracted for the benefit of “fewer and fewer people”, following the revelation that a group of Britain’s super-rich had turned to forestry investment in Scotland to grow their wealth.

An investigation by The Times uncovered a group of super-rich investors who have bought up 104,000 acres of of land in Scotland for forestry, partly due to grants and tax incentives meaning returns of up to 12 per cent can be made, outstripping other high margin sectors such as the stock market and commercial property.

Through records held by Registers of Scotland and Companies House, The Times identified the new big Scottish landowners to include “the Church of England which, as a charity, is tax exempt, the Vestey family, involved in international food, the banker Lord Rothschild, Jeremy Darroch and Nicholas Ferguson from Sky, the Marquess of Linlithgow, and Sir Tom McKillop and Sir George Mathewson, both formerly of RBS.”

The business model of the investors is to buy-up what is currently farmland or existing forests and invest in large-scale tree planting, increasing the value of the asset while accruing a series of grants, including from the Scottish Government.

All UK forests receive tax exemptions on income or capital gains on the sale of timber and on inheritance tax if the property is owned for more than two years, while Scottish non-domestic (business) rates are also exempt. Scottish forestry investment is seen as particularly lucrative due to the fact that planning decisions tend to be quicker and more favourable to large-scale woodland creation.

William McGhee of the Forest Policy Group explained to CommonSpace that two new elements have worked “to skew the forest land market”.

First, the falling value of the pound has pushed up the price of timber, meaning it “now commands a premium as it is cheaper than Finnish, Swedish, Russian or Canadian timber”.

Second, McGhee said that the “very high grant rate” for planting “monoculture plantations”, primarily of sitka spruce, meant that “you will harvest sufficient funds to start to pay off the capital you outlaid on your land purchase”.

“These grants are the most generous the forestry industry has seen in a long time,” he explained, adding that the economics of it “works at scale” but “not for small pieces of land”, thus benefiting big landowners the most.

For woodland creation, applicants to the Scottish Government’s Forestry Grant Scheme can receive anywhere between £2960 to £6720 per hectare for five years.

If all of the 104,000 acres were used for planting sitka spruce, receiving the lowest grant of £2960 per hectare, the total amount received in grant funding from the Forestry Grant Scheme alone would be £307.8 million.

Robin Mcalpine, director of the Common Weal think-tank, which is developing proposals for a Green New Deal in Scotland, urged the UK and Scottish Government to take action to address land and forestry inequality.

“Scotland’s natural resources should be of great wealth to the entirety of the country, but instead they are used to extract more and more of that wealth for fewer and fewer people,” McAlpine said.

“Forestry has been a neglected industry in Scotland despite the fact that it is now absolutely crucial if Scotland is to transform itself to a regenerative economy in the face of multiple environmental emergencies. But unfortunately the UK Government doesn’t care and the Scottish Government is so afraid to do anything about land reform, public ownership or serious economic intervention that it ends up being entirely complicit in this scandal.

“We need to take action to break up large landholdings right now including land taxes and transitioning away from grouse moors, launch an urgent national plan for reforesting (both wood crops, biodiversity and to lock up carbon) and develop large-scale wood manufacturing industries to act as supply chains for a major Green New Deal.

“It is heartbreaking that these crucial goals seem so far away in today’s Scotland. Our nation and our natural environment is being severely let down.”

Donald McPhillimy of Reforesting Scotland had a different emphasis, telling CommonSpace that while the organisation supported land reform, “the key thing for us is how land is managed”.

Highlighting the work of Anders Povlsen, Danish billionaire and Scotland’s biggest landowner, McPhillimy said that he “has lead the way in forestry management; so that’s a good thing. Whether it’s taxpayers or wealthy individuals, someone has to pay for reforestation, so we shouldn’t put up unnecessary barriers. But we need to spread out the responsibility [for tree-planting].”

McPhillimy said that the task of reforestation had to be “spread across four sectors”: private investors, existing landowning estates, Forestry and Land Scotland, and community bodies. He said that while the public-run Forestry and Land Scotland was managing the existing forest estate well, he felt it could be doing more in terms of tree-planting.

He added that it was important that whoever owned land in Scotland did so with “openness and transparency”.

“It’s very important that we know who is buying the land. Whether it’s being hidden using Scottish law, or its being hidden overseas in shell companies, it shouldn’t be – it should be public knowledge,” he said.

The role of tree-planting in sequestering carbon is a key part of why the Committee on Climate Change updated it’s recommendations on Scotland’s emissions reduction target in May from zero-carbon by 2050 to 2045, a recommendation which was embraced by the Scottish Government. McPhillimy said that there is a long way to go in reforestation if those targets will be met.

“Climate emergency is just another reason on top of many existing reasons that we need to reforest Scotland,” he said. “Currently, 19 per cent of Scotland is covered in forest – that’s up from 5 per cent after the second world war. So we’ve come a long way already. But the EU average is 35 per cent, so we have a lot further to go even to catch up.”

McPhillimy said that the task was not just about new woodland, but a “strong mix” of forestry, echoing McGhee’s concerns about the dangers of monoculture plantations where new forest investment is built using primarily one type of tree.

“New plantations have to occur within a wider matrix, including wild forest. Building one type of forest is not good for people, for biodiversity or for resilience. We need diversity in reforestation,” he said.

The Scottish Government responded to The Times investigation by stating: “In response to the global climate emergency, the Scottish Government has set ambitious woodland creation targets that make a significant contribution to that effort. In 2018-19 Scotland met those targets and created 84 per cent of all new woodland in the UK.

“The achievement of forestry targets means that we can provide sufficient supplies of timber for our important sawmill and panel product sector and more farmers, crofters and smallholders are taking part in forestry schemes. Forestry also contributes £1 billion and 25,000 jobs to the economy, absorbs carbon and provides other environmental benefits, and helps improve the lives and wellbeing of people across Scotland.”