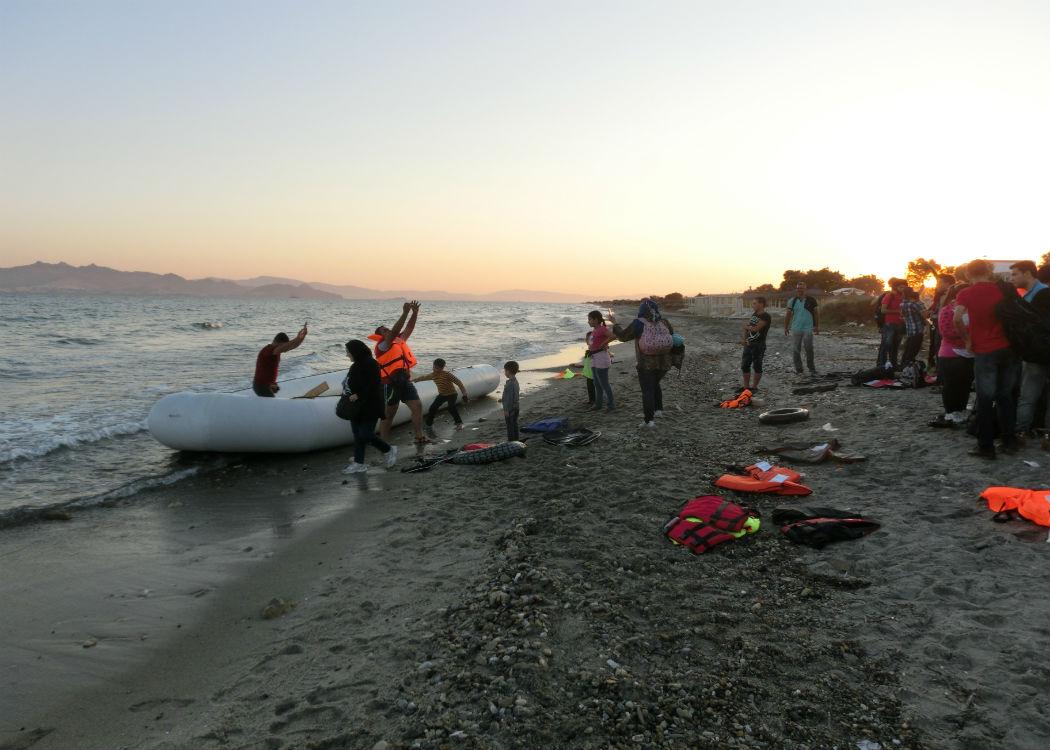 ON 2 September, Aylan Kurdi’s body was found washed up on a beach in Turkey and for a time the refugee crisis was a permanent fixture in the news.

Since then, the hundreds of thousands of people risking their lives to seek sanctuary in Europe have returned to the background of public attention. But how are refugees being treated across Europe, and is the crisis any closer to an end?

CommonSpace looks at the very different responses to the refugee crisis from Europe’s governments.

Top Google search : What is the difference between a migrant and a refugee?

What the government is doing : David Cameron’s Conservative government has pledged to take 20,000 refugees over the five years of the current parliament. The UK Government has restructured its foreign aid budget in order to pay for an increased number of refugees from Syria, who will be selected from camps bordering the country.

By the end of June 2016 the UK government had received only 216 Syrian refugees under a similar scheme.

What the opposition is saying : Scottish First Minister Nicola Sturgeon has said that Scotland will take a 10 per cent share of the 20,000 (2,000 over five years) and also called on the UK Government to receive refugees who have already arrived in Europe as well as Syria.

The Labour party, fresh from its leadership election, does not yet have a concise policy.

Top Google search : Where are the refugees coming from?

What the opposition is saying : The Left party is calling on the German and Austrian governments to collapse their shared border (effectively re-introduced during the crisis) to allow safe passage for refugees.

Top Google search : How should Christians respond to the migrant crisis?

What the government is doing : Hungary has made perhaps the most controversial response to the refugee crisis. Hungary’s parliament passed a law deploying the army on Hungary’s borders and gave soldiers the power to use tear gas and rubber bullets against refugees.

Hungary has opted out of a scheme that would see 54,000 refugees taken from Hungary to other European countries, but would also make Hungary a ‘front-line’ country like Italy and Greece with responsibility for processing refugees.

Prime Minister Victor Orban has said that the influx of Muslim refugees into Europe, mainly from Syria, is a threat to Europe’s Christian identity.

What the opposition is saying : Orban’s hegemonic Fidesz party holds 117 seats in the Hungarian parliament and is in coalition with another nationalist party The Christian Democratic People’s Party on 16 seats. The opposition are marginalised.

The centre left Hungarian Socialist Party with 29 seats is only just in front of the extreme nationalist Jobbik party with 24 seats. The socialist party says that Orban’s “xenophobic” policies are discrediting Hungary.

Top Google search : Why is it called a migrant and not a refugee crisis?

What the government is doing : In its last government, the recently re-elected Syriza government softened the countries approach to the refugee crisis Greece is a so called ‘front-line’ country, where many refugees are landing having made the perilous journey across the Mediterranean Sea.

Syriza closed detention centres and opened reception centres where refugees could register. Syriza pushed for the EU to adopt a common refugee policy so that these refugees, once registered could relocate to a country of choice.

What the opposition is saying : New Democracy accuses Syriza of endangering the country with a negligent policy towards refugees. The third most popular party, the neo-Nazi Golden Dawn, wants to expel all refugees from Greece and its activists violently attack refugees and immigrants and ethnic minorities.

Top Google search : How to adopt a Syrian orphan child?

What the government is doing : Italy has seen around 200,000 refugees land on its shores, many of them taking the dangerous route across the sea from Libya, since the beginning of 2015.

Italy ended its Operation Mare Nostrum (our sea) in November 2014, whereby the Italian navy rescued around 150,000 refugees crossing the Mediterranean Sea from North Africa. The discontinuation of Mare Nostrum was met with a significantly downgraded EU joint effort and ever since the Mediterranean has been the most deadly tributary into the general refugee crisis.

Feeling abandoned by the EU, Italy is happy to allow refugee to pass through its borders into continental Europe. Some reports suggest the Italian government is considering sidestepping EU rules to make it easier for refugees to travel on.

What the opposition is saying : Beppe Grillo, the populist leader of the erratic 5 Star Movement complains that Italy is being turned into “a refugee camp” . He blames the northern European countries who he says are unconcerned by the problem, and the government for refusing to stand up to them.

The far right Lega Nord (Northern League) has organised nightly uniformed ‘patrols’ which it claims are to guard against crimes by refugees. The patrols harass and sometimes attack refugees.