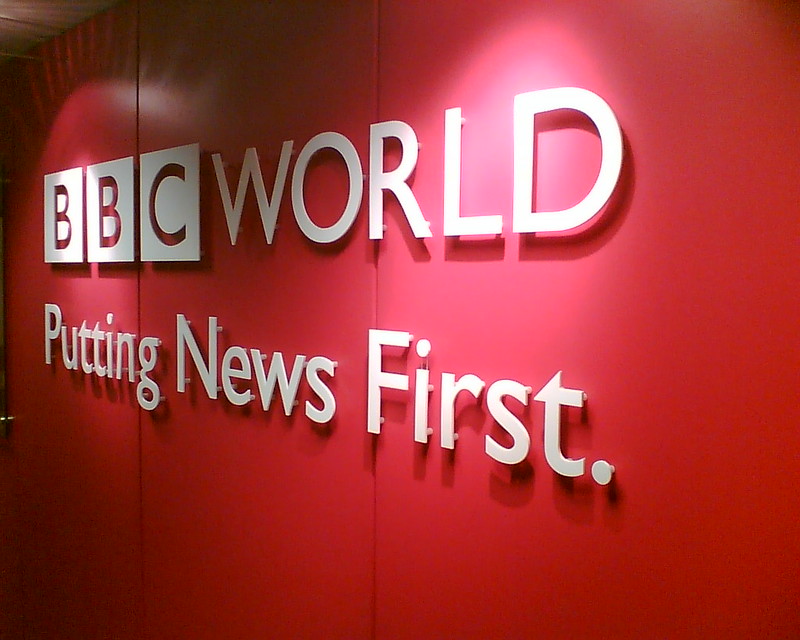 IN A RELATIVELY short election the political press has found itself at the very heart of the story, perhaps quite literally breaking the news in the process. Is it not time for journalists to ditch social media?

Twitter interventions from journalists are both the BBC and ITV have landed media coverage of the General Election at heart of another political argument, in a campaign where many journalists have not found themselves showered in glory.

Laura Kuenssberg and Robert Peston, political editors at the BBC and ITV respectively, both tweeted on Monday [9 December] that a Conservative aide had been punched by a Labour protestor during an emergency visit by the Tory health secretary to a Leeds hospital.

Briefed by Conservative sources, the two senior journalists, who have a combined Twitter following of over two million, were joined by other senior political journalists in tweeting out the claims – which video footage disproved as entirely untrue only an hour later. 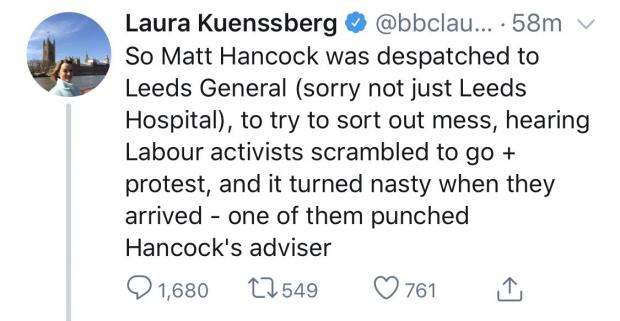 Kuenssberg’s original tweet did not suggest the information was based entirely on the account of a Tory source, whilst Robert Peston said one Tory aide had been “whacked in the face by a protester”.

The incident followed another tweet from Kuenssberg, in which she drew an incredulous comparision between Prime Minister Boris Johnson lying about checks at the Irish border with an awkward interview where UK Labour leader Jeremy Corbyn clumsily pretended that he watched the Queen’s Christmas Message.

Criticism on the incident came from many directions, with the former BBC journalist Paul Mason writing online: “Let’s get clear what the BBC got wrong over the Leeds incident. It relied on a single, partisan source with no corroborative evidence, providing right-wing newspapers with a BBC branded fake news story.”

Concern about the impartiality of the press and broadcasters is nothing new, with the BBC regularly finding itself under extra scrutiny due to its status as a publicly funded British insititution.

Many of the concerns from elsewhere in the UK have echoed some of those voiced in Scotland during the lead up to the 2014 referendum, when many – rightly or wrongly – sincerely believed that the news output of the BBC unfairly undermined the case for independence.

Andrew Neil, who the BBC celebrate as their foremost political interviewer, regularly shares content from the Spectator magazine of which he is publisher. The Muslim Council of Britain has previously accused the magazine of peddling “anti-Muslin propoganda”.

Unsurprisingly, claims of a conspiracy raged when it was revealed Boris Johnson was refusing to take part in an interview with Neil following Jeremy Corbyn’s bruising encounter with the broadcaster, with Labour sources also claiming the BBC had assured them Johnson’s interview was already confirmed for the following week.

Despite repeated complaints about Neil and other cases of senior employees failing to meet their duty to be impartial, even on social media, the corporation has been able to defend itself from much criticism, with complaints receiving either a quiet apology or being dismissed as coming from hyper-partisan sources.

However, in the weeks leading up to the December 12 General Election, both the BBC and the wider press has found its political reporting, practices and ethics dominating the news agenda.

Combined with the latest Ipsos MORI veracity index showing journalists are one of the least trusted professions in the UK, it’s clear that this is an untenable position for the British media. 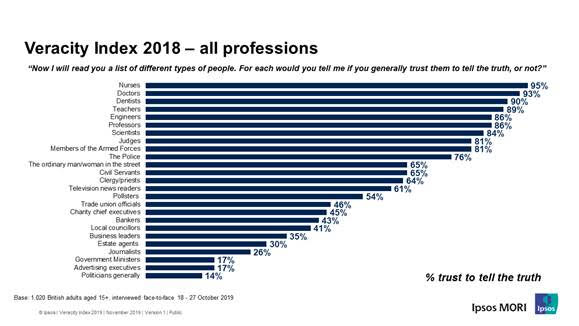 Of course much of the printed press wear their own bias much more openly and as a clear editorial policy, and it should be entirely unsurprising that columnists, reporters and editors from titles like the Daily Telegraph enthusiastically repeated news of the “punch” before grudgingly issuing “clarifications”.

Indeed, it was less than a week ago that the political editor of the Sun, Tom Newton Dunn, published an “exclusive” on the Labour party based on material produced and linked to neo-Nazi groups. The Sun later deleted the story online quietly and Newston Dunn has apparently refused to answer questions about it.

Of the BBC in particular however, although there might be little convincing evidence of naked bias towards the Conservative party as a matter of editorial policy, it is increasingly not credible for the corporation to repeatedly claim that these are simply errors.

If the BBC don’t have a political bias, they do have a bias towards to type of information they seem keen to report, especially on social media, where news sourced from anonymous briefings is often repeated without context, analysis or nuance.

This becomes a serious problem in a political climate where the government, a trusted source, is led by a liar once sacked as a journalist for inventing quotes, and the Conservatives have been happy to use social media to mislead the public and edit video footage to misrepresent the truth.

The race to beat competitors cannot come at the expense of reporting the truth, BBC journalists in particular really have to end their willingness to act as little more than conduits for anonymous political spinners – especially those connected to a party which so enthusiastically spread untruths and misinformation.

News reported on Twitter has as much potential reach as if it is published on the BBC website or broadcast on TV, and journalists should treat the platforms as equal.

In an age where fake news, misinformation and outright lies can spread so quickly, reporters have an obvious duty not to see social media as a place where they can report news that they could never stand up if publishing “properly”.

The race to beat competitors cannot come at the expense of reporting the truth. The BBC must issue clearer rules to its senior staff about reporting on social media or they should abandon it completely.