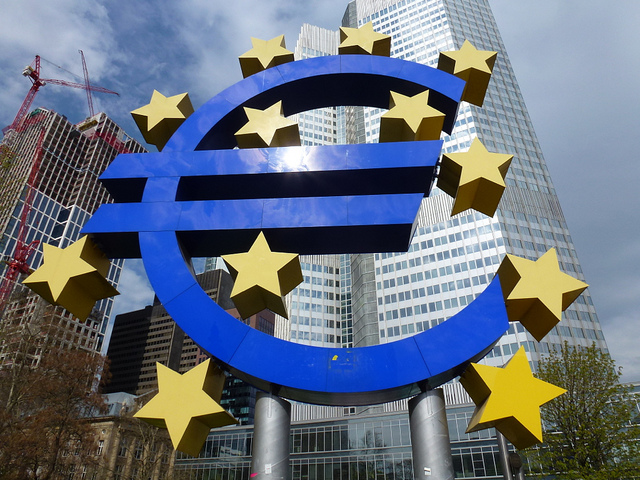 THE Bank of England and the European Central Bank have agreed a currency swap as part of monetary preparations for Brexit, a step which the Common Weal think-tank have said shows a similar arrangement could be made between a Scottish Central Bank and the BoE in the event of independence and the establishment of a Scottish currency.

The ECB and BoE both issued statements on Tuesday [6 March] outlining the details of the currency swap, saying that it was a “prudent and precautionary step”.

The Bank of England statement added that it was “consistent with the Bank’s financial stability objective”, and that the first weekly operation of the currency swap would be on 13 March.

A currency swap is an agreement between two central banks to exchange currencies for a limited period of time. The measure is used to ensure central banks have sufficient reserves in other country’s currency to mitigate against volatility in the foreign exchange rate of their respective national currency. The value of a foreign currency which is purchased outright can reduce over time, so a currency swap can be a preferred option for central banks.

Such a policy was proposed by IT financial services expert Peter Ryan in a 2017 paper for the Common Weal think tank on how an independent Scottish currency could accrue the foreign exchange reserves it would need when establishing a new currency.

Ryan argued that an independent Scottish currency would need to build up similar foreign exchange reserves to that of Denmark – around about $40 billion. Ryan found that around $13 billion of the reserves could be accrued through a currency swap with the BoE “to aid mutual stability of both the economies of Scotland and the rest of UK”. The rest of the $40 billion would be made up from a combination of a reasonable division of UK foreign exchange reserves as part of debt and asset negotiations, conversion of half of the pound sterling in circulation in Scotland presently and the issuing of a Euro bond.

The currency swap proposal was criticised by some opponents of independence, with one, Sam Taylor, a financial services fund manager, writing on Twitter: “One of the many flaws in that paper is the suggestion that central bank swap lines for the purpose of exchange rate stabilisation are routine and commonplace.”

In a piece by unionist blogger Neil Lovatt criticising Ryan’s paper, he attacked the idea of a currency swap between a Scottish Central Bank and the Bank of England, stating: “This assumes the BoE would implement up front the type of measures used only in times of financial distress.”

Responding to the BoE and ECB’s announcement on Tuesday, Ryan said: “In the event of the introduction of a Scottish currency I would expect the Bank of England and the Scottish Central Bank to use a currency swap to stabilise the value of the Sterling against a Scottish Pound in the same way that the Bank of England has agreed a currency swap with the European Central Bank to stabilise the pound against the Euro during Brexit.”

Common Weal head of policy and research Dr Craig Dalzell said that the BoE-ECB announcement “lends further weight to the viability and legitimacy of Common Weal’s proposal to create a new currency for an independent Scotland.”

Dalzell stated: “One of the key proposals is to secure the currency in part by setting up swap lines between the Scottish Central Bank and the Bank of England. This was decried by some opponents on the grounds that central banks wouldn’t use such mechanisms except in extraordinary circumstances.

“But the creation of a new currency is precisely the kind of extraordinary circumstance that would prompt the use of such tools – just as Brexit is proving to be.

“It is not in the interests of Central Banks to compete against each other. They are mandated to stabilise the currencies under their control and this is best done by co-operating with networks of other banks to ensure that their currencies are stable too.

“An independent Scotland can look forward to similar levels of co-operation beyond the noise, rhetoric and point-scoring of politics.”

The comments come after the SNP leadership proposed a motion to the party’s spring conference in April advocating a Scottish currency after independence, but only if a set of six tests designed by the Growth Commission report are met for the currency’s introduction. A vote would take place on whether the six tests have been met by the end of the first term of the Scottish Parliament, with the informal use of pound sterling – a policy known as Sterlingisation – used in the mean time.