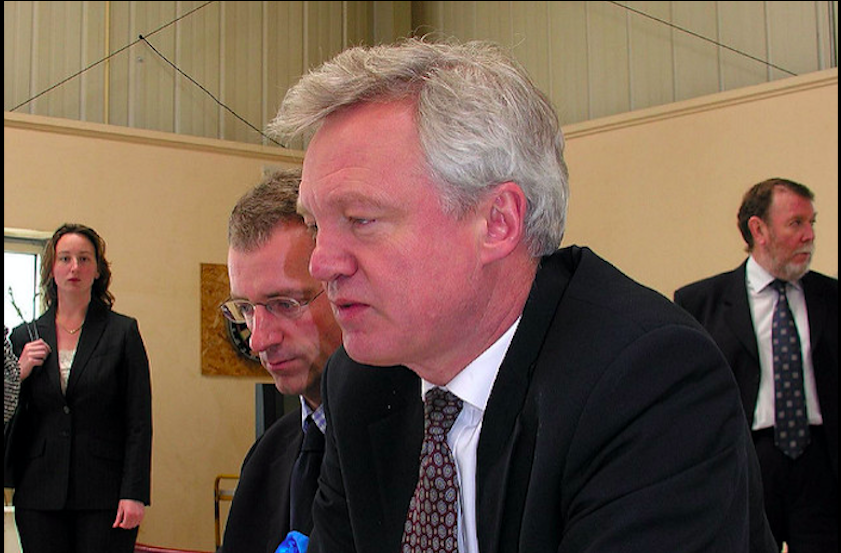 THE Scottish Government has asked its UK counterparts to reconsider plans for a temporary customs union, and to reconsider the position on leaving the European Single Market.

The call comes after a UK Government paper claimed Brexit Secretary David Davis could ask the EU for a temporary, two-year, arrangement after businesses asked for clarity on how trade would continue after Brexit.

But External Affairs Secretary Fiona Hyslop MSP told CommonSpace the Scottish Government is seeking a U-turn from UK International Trade Secretary Liam Fox and Chancellor Phillip Hammond, who said the UK would leave the customs union and single market in 2019.

“The Scottish Government is doing everything it can to resist an extreme Brexit and protect jobs and living standards.” Fiona Hyslop MSP

Hyslop said: “The Scottish Government is doing everything it can to resist an extreme Brexit and protect jobs and living standards.

“That means we are re-doubling our efforts to urge the UK Government to reverse its position and stay inside the European Single Market and Customs Union – the world’s largest trading block.

“People in Scotland voted overwhelmingly to remain within the EU but more than a year after the referendum it seems the UK Government still cannot offer any clear, coherent plan for the future.

“If the UK Government wants ‘the most frictionless possible trade’ between the UK and EU it should commit today to staying inside the Customs Union.”

Continuation of a free trade agreement after the UK leaves the EU is a major concern for businesses which rely on current cross-border, tariff-free arrangements and Davis has claimed a temporary agreement could ease the path to Brexit.

Speaking to BBC Radio 4 he said he believed a deal “as close as we can to the current arrangements” would benefit the country.

Further, he claimed the temporary agreement would allow the UK to negotiate trade deals with other countries, possibly the USA and China, something it is not currently allowed to do under EU law.

Davis also stated the UK could pay into any new arrangement.

“We’re making progress. I think the European Union is now beginning to understand our position better, there was a lot of misunderstanding at the beginning.” David Davis MP

Deputy chief executive of the FTA James Hookham said: “The government has recognised that it cannot drive the British economy off the cliff edge of Brexit, but to secure the best possible deal for British business will take skill and understanding of how trading relationships work, in order to obtain the buy-in of the rest of the EU27 countries, as well as the EU’s own bureaucrats.

“The government’s ambitions for customs arrangements post-Brexit are, at present, just that, and it will take time and care to ensure that all the subtleties of current operations can be incorporated into future plans.

“The logistics industry has clearly identified its needs if trade is to continue in a frictionless manner with the EU and the rest of the world, and the government owes it to British trade and industry to work with us to ensure that these arrangements can be introduced as part of the final Brexit deal.”

Davis claimed a two-year temporary period would be enough to enable the UK to leave the current EU trade deal smoothly, and stated a target of the 2020 General Election as the “absolute limit” for any deal to expire.

Speaking to Sky News Davis said: “We’re making progress. I think the European Union is now beginning to understand our position better, there was a lot of misunderstanding at the beginning.”