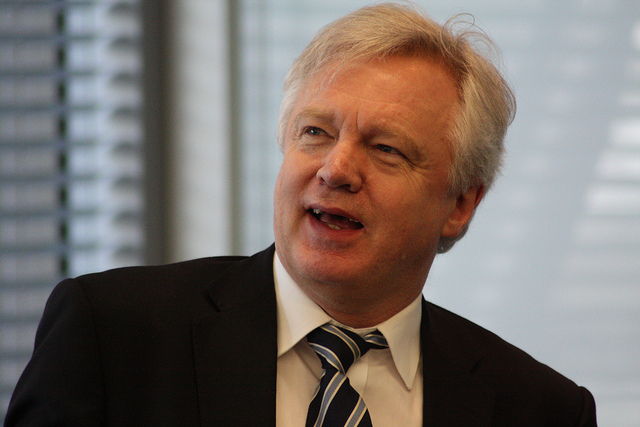 FOUR WEEKS AFTER MPs in the House of Commons passed a motion ordering the government to share the findings of Brexit impact assessments into 58 economic sectors with the Committee on Exiting the EU, Brexit secretary David Davis has come under fire for sharing heavily redacted reports.

The 1 November vote called on the government to detail to parliament the 58 sectors which had been analysed, and to share the findings with the Brexit committee. Speaker of the House John Bercow set a deadline of 28 November for the government to provide the information.

Now, MPs on the committee have said that that Davis could be in contempt of parliament for ignoring the vote.

“They were given three weeks to meet the conditions of the Brexit analysis papers motion. This morning it is clear they’ve failed.” SNP MP Pete Wishart

Davis explained the redactions in a letter to the committee: “Given that we have received no assurances from the committee regarding how any information passed will be used, we have sought not to include commercially, market and negotiation sensitive information.

“Delivering a successful outcome to our EU exit negotiations for the whole country requires keeping some information confidential for the purposes of the negotiations.”

However, Labour’s shadow Brexit secretary Keir Starmer told BBC Radio 4 that, given Speaker John Bercow’s ruling that the vote was binding: “It follows from that that the government could be in contempt of parliament. It is certainly treating parliament with contempt.”

Starmer added: “We intend to press the issue with the Speaker and raise the question of whether they are now in contempt. Having agreed to this procedure they are breaching it at the 11th hour.”

Earlier this month, SNP MP and Brexit committee member Pete Wishart wrote to the Speaker, arguing that, in light of the government’s failure to make a binding promise that the information would be provided, he should consider “giving precedence to a motion that the government has held this house in contempt”.

My letter to the Speaker asking for ‘contempt of the House’ proceedings to be brought against the Government. pic.twitter.com/i3137PMi7H

On Monday night, Wishart tweeted that the papers “were to be handed over without redaction or qualification”, and said: “I have written to the Chair of the Select Committee and if he is not satisfied I will continue to pursue, through the Speaker ‘Contempt of the House’ proceedings.”

Wishart added: “Three weeks ago I wrote to the Speaker about this Government being in ‘contempt of Parliament’.

“They were given three weeks to meet the conditions of the Brexit analysis papers motion. This morning it is clear they’ve failed.”

This follows enquiries dating back to last year from MPs on the analysis being conducted by the government in preparation for Brexit and if and when such information would be shared with MPs.

The government has described the analysis as covering 85 per cent of the economy and has confirmed that this looked at both the national and regional level, however, from early on the government has argued against revealing information which might harm the negotiations process with the EU.

READ MORE: David Mundell fails to name a single power that will return to Scotland after Brexit

“I am highly sceptical of about the accusation that anyone asking serious questions about the issues on Brexit is undermining our negotiating strategy.”

Another committee member, Liberal Democrat MP Wera Hobhouse similarly argued that there was a “fine line between what is commercially sensitive and what is simply politically embarrassing”, and said that MPs on the committee should be the ones to “make that call”.

However, Tory MP and committee member Craig Mackinlay supported Davis’ decision to withhold the information and said that within the “divided” Brexit committee, there were “many who want to use this information against the national interest”.

David Davis has been called to meet with the commitee regarding the dispute on Tuesday afternoon.