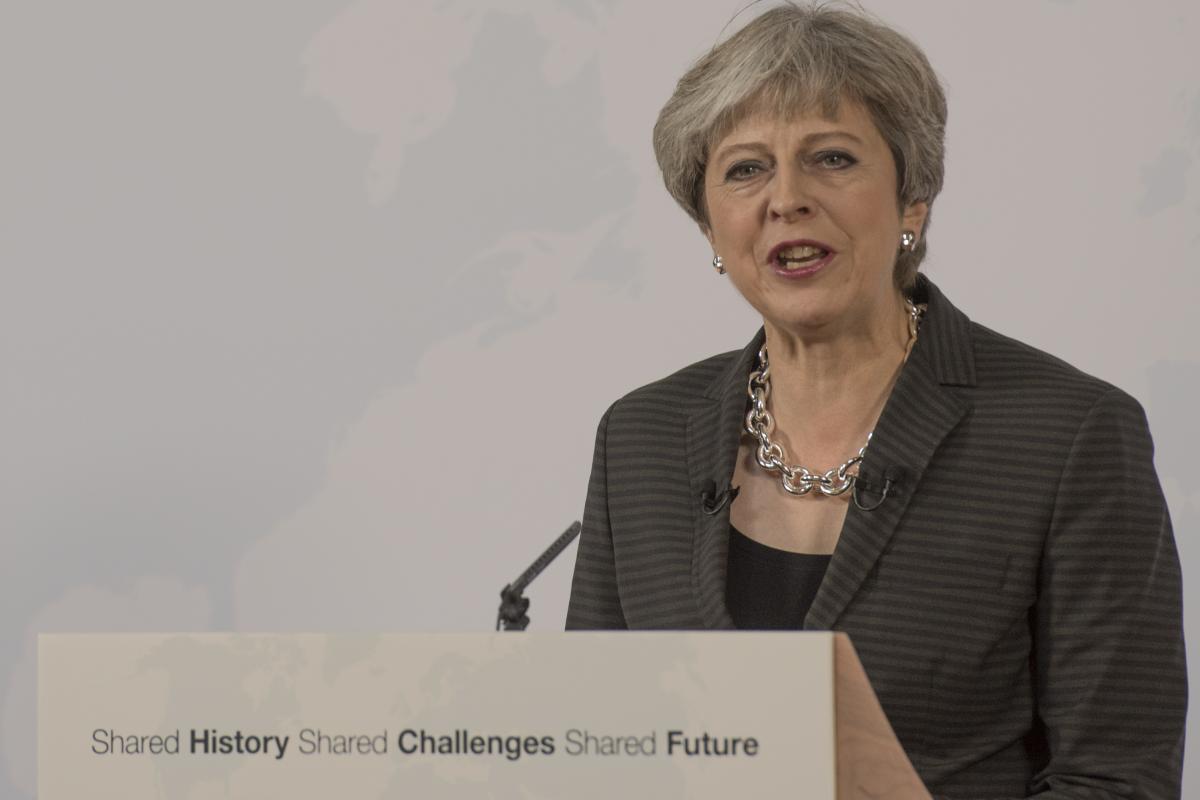 As the fifth round of Brexit talks kick off, Theresa May’s optimism doesn’t seem to be echoed by EU leaders.

PRIME MINISTER Theresa May is expected to speak in Westminster on Monday to tell parliament: “We can prove Brexit Doomsayers wrong.”

Her address to parliament comes as the fifth round of negotiations kick off in Brussels, the final round of talks before EU leaders will decide if “sufficient progress” has been made on the so-called Divorce Bill to allow all parties to begin working on post-Brexit trade deals.

Last week MEPs voted overwhelmingly in support of a resolution calling for a delay in trade talks, stating that not enough progress had been made in three key areas:

Delivering an update on the progress of the negotiations from the UK’s point of view, Theresa May will tell parliament that the ball is now in the EU’s court: “I believe we can seize the opportunities of this defining moment in the history of our nation.

“A new, deep and special partnership between a sovereign United Kingdom and a strong and successful European Union is our ambition and our offer to our European friends.

“Achieving that partnership will require leadership and flexibility, not just from us but from our friends, the 27 nations of the EU.

“And as we look forward to the next stage, the ball is in their court. But I am optimistic we will receive a positive response.”

“A new, deep and special partnership between a sovereign United Kingdom and a strong and successful European Union is our ambition and our offer to our European friends.” Theresa May

But despite the Prime Minister’s optimism in London, the rhetoric on the continent seems more pessimistic in nature.

Last week European Commission President, Jean-Claude Junker, stated that they had not made “sufficient progress” on the Brexit talks to progress to trade negotiations, and in the debate that followed blow after blow was delivered to the UK Government by MEPs.

Some in Brussels are preparing for a breakdown in talks, and a “no-deal” Brexit which could see the UK’s trading relationship with the EU default to World Trade Organisation (WTO) rules.

How did we get here?

Following the snap general election in June – which backfired on Theresa May who thought she was sure to strengthen her position by increasing her majority – the UK’s Brexit secretary, David Davis, sat opposite the European Commission’s chief negotiator, Michel Barnier, on Monday 19 June to kick off the first round of negotiations.

With the first round of talks happening almost one year after the UK’s vote to leave the EU, the UK Government was already facing criticism in Europe for the prolonged exit procedure.

Theresa May was dealt her first blow early on when, in late 2016, the EU’s negotiator rejected her call for bilateral talks – allowing for discussions on trade deals to take place at the same time as discussions on the Divorce Bill.

Michel Barnier’s linear timeframe was backed by EU leaders in winter 2016, when he visited the other 27 EU member states and identified citizens’ rights, the financial settlement, and the Irish border as the key areas of concern.

Barnier’s mandate for this process, however, had some flexibility, with EU members stating that trade talks could begin when “sufficient progress” had been made on the divorce proceedings.

Despite MEPs stating that sufficient progress has not been made, the EU Parliament resolution is non-binding and it is up to EU Leaders, not MEPs, to decide when trade talks may begin. That decision will take place after the fifth round of talks this week.

Following Theresa May’s keynote speech in Florence, Michel Barnier welcomed May’s “willingness” to move forward in a “constructive spirit”, but that goodwill seems short-lived. This week officials from France and Germany have stated that they will not approve progressions to the next stage.

The fifth round of talks are of a lower profile, and will not feature David Davis or Michel Barnier, but Junker has suggested that it would take a miracle for the talks to progress far enough for EU leaders to approve progressing to trade talks at the EU Summit on the 19– 20 October.