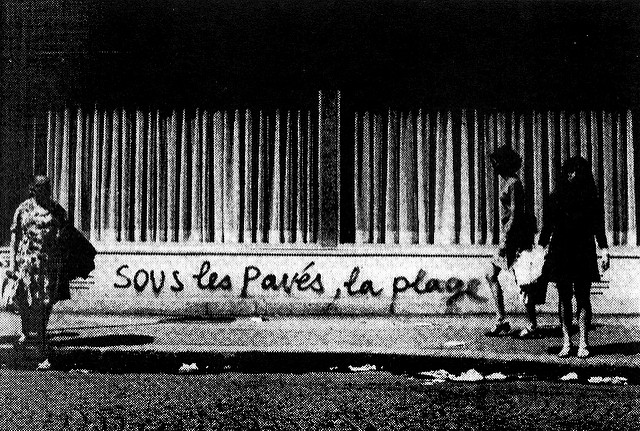 Concluding CommonSpace’s week of special coverage of 50 years since May ‘68, Brian York, a student at Edinburgh University in 1968, gives his reflections on that time

I WAS a student of Modern Languages at Edinburgh University at the time. I was actually in France in 1968, although not in Paris.

I would tend to agree with George Kerevan that tectonic plates did indeed move, certainly in France at the time. I remember suggesting to my hosts that perhaps it may be “skirmishes with authority (!)”  but a robust reply came back: “Non, au contraire! C`est la révolution!”

1968 was a year of earth-shattering happenings. One remembers, also, the Soviet invasion of Czechoslovakia and the tragic deposition of Czech leader Alexander Dubcek.

This spirit of revolution was everywhere that year, indeed, the Russian State Orchestra nearly did not have the courage to appear at the Edinburgh International Festival of 1968, for fear of public reprisal. In the endy they did and were rapturously received, proving that artistic endeavour can transcend mere grubby politics.

The spirit of international indignation over American involvement in Vietnam was certainly a huge factor. I remember in France, many young people had had enough of the stultifying Gaullisme, as they saw it (he lasted until 1969, and departed ignominiously, amid sighs of “dix ans, ça suffit”).

I disagree, however, that neoliberalism/statism had anything to do with it. France has always favoured a strong state, and, despite the posturings of Macron, still does.

The wholesale privatisation and deregulations did not come until ten years later, in any case. Whereas Reagan and Thatcher eagerly embraced that stuff, France eschewed it, to their great advantage, and elected Mitterrand in 1981, who started his “grands projets” which, although incurring massive public debt, put France on the world map as one of the leading and most modern economies, creating, by the way, the best (state-owned) railway system in the world.

The French have always regarded Anglo-American neoliberalism with a jaundiced eye, and it is to be hoped that that will continue. Their syndicalisme is much stronger that in Britain, so the probability is that it will, because in France, the government fears the people, not the other way around. The strong state will be difficult to shift. Let us hope so.

One final thought: we do tend to over-intellectualise things with hindsight. I am sure that there was much serious intent in the Paris 1968 doings, but many students were simply jumping onto a bandwagon which had started rolling, and thoroughly enjoying kicking the system. I don’t think they were really sure what they were kicking! I’m sure that the same is true today.