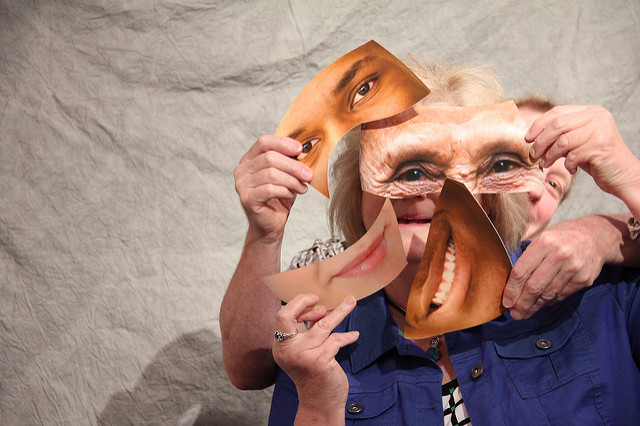 Briana Pegado, founder and director of the Edinburgh Student Arts Festival, argues that the future of creativity will be bleak if the problem of lack of cultural diversity in the industry is not tackled – if the industry does not reflect the reality of human experience, how can it be relevant?

IN HIS book Outliers, Malcolm Gladwell conducted study after study pinning down the conditions for true genius. Gladwell quotes sociologist Pitirim Sorokin, ‘that intellect and achievement are far from perfectly correlated’. It is support from a community, demographic luck, access to resources and time richness that makes for a genius.

Only 2.7 per cent of workers from museums, galleries and libraries in the UK are BAME. Which is nearly half of the figures in TV, Film and Radio (4.2 per cent) and in Music, Performing Arts and Visual Arts (4.8 per cent). When it comes to sectors like Publishing, 12.6 per cent come from working class origins, 12.4 per cent from working class origins in TV, Film and Radio and 18.2 per cent in music, performing and visual arts. When unpaid work is said to be ‘endemic’ in the sector, and we are still facing an ‘old boys’ network’ in the creative industries’ – Houston, we have more than a problem.

If we continue on like this the future will have no artists. The future will have no painters, musicians, dancers, designers, makers, actors, writers, directors, filmmakers, sculptors, printmakers, animators, fashion designers, writers, poets, photographers, and artisans. None to speak of. Those that do exist will all look the same. They will all make the same work, recycle the same ideas, and only support a small circle of people that look like them up the career ladder which will make their work even more irrelevant as it departs further and further from the reality of the human experience. The door will continue to be shut behind them as unpaid internships, unsubsidised volunteer opportunities, and paid vacancies will be spread via word of mouth, through recommendations of people they already know and work with as the pool of new talent becomes a cesspool of recycled ideas, experiences and material.

An age-old class system will be reinvented and reborn, successfully capitalising on a human right that has always been free – our human nature to think, innovate and create. These abilities inherent to our humanity which has allowed us to develop from cave dwelling life to the human existence we enjoy today.

We need to wake up. We need to wake up to this cultural genocide. This is not natural selection. This is the intentional cultural cleansing of multiple protected characteristics and another characteristic that the Equality Act of 2010 describes as socio-economic inequality. This is the perpetuation of a class order that favours white, middle class, able-bodied, neuronormative, straight, middle-aged, atheist, mostly women and many men, assigned to their gender at birth, in traditional marriages and civil partnerships, many of the same white British national origin.

This is important because we are facing a cultural crisis of monumental proportions that threatens to undermine our progress as a society in the 21st century. That threatens to handicap generations and generations to come. This is a cultural crisis that promotes sameness, navel-gazing and privilege. This is a crisis that will contribute to the gulf of inequality widening in ways that only exist in the Global South, Global East and the United States of America. These are inequalities that are fertile ground for bigotry, hatred, prejudice and discrimination. This is fertile ground for a cultural emergency – and a cultural emergency has begun.

READ MORE – ‘Who is missing from culture in Scotland?’ Festival of Ideas to ask the tough questions

As funding priorities have shifted on a national level, their impact has been made on our communities. It is groups with protected characteristics that have felt the impact first. The young, the non able-bodied, the poor, the people of colour, the queer and the ethnically marginalised. It started with the regulatory framework for the self-employed becoming more formalised in 2015 and accelerated due to the shifting international political landscape of 2016. Which has left us, at least in Edinburgh (forget anywhere outside of the central belt), with austerity that locks out potential and disgraces ambition. No amount of positive thinking, promoting capitalist ideals and entrepreneurial success stories will fix this access gap. When the choice is between a month’s worth of food or investment in start up capital for a business that may fail and that does not have the cultural capital required to make a real start in this society, which choice would you make?

The next cure for cancer, modern tech innovation, and future proofing invention may be trapped in the mind of a young woman from Wester Hailes that would never even consider a start in the creative industries or a young non-binary person from the Barras or Woodside. Any time we are selling a cultural landmark, a beacon of the Enlightenment that reads ‘Let there be light…’ to the highest bidder… it may be too late. We may be too far into the hole of our cultural overdraft and from here all we can do is start again.

Picture courtesy of George A. Spiva Center for the Arts

Briana Pegado is the Founder and Director of the Edinburgh Student Arts Festival (ESAF), an award winning social enterprise that provides a platform for emerging artists in Scotland. She is also a cofounder of Povo, a process-led consultancy and collective that engages people with the creative process through research and experimentation. She is a fellow of the Royal Society of Arts and explores how sustainable development principles can be more widely applied to the creative industries through her freelance work. She has completed projects for the National Theatre of Scotland and Scottish Drama Training Network among other national art bodies exploring the barriers young people face to the arts and creative industries. She sits on the board of Creative Edinburgh and is a trustee of YWCA Scotland – the Young Women’s Movement. In 2017, she was named one of Scotland’s 30 Under 30 Inspiring Women.

ENJOY READING COMMONSPACE? Click here to get our newsletter so you never miss a story