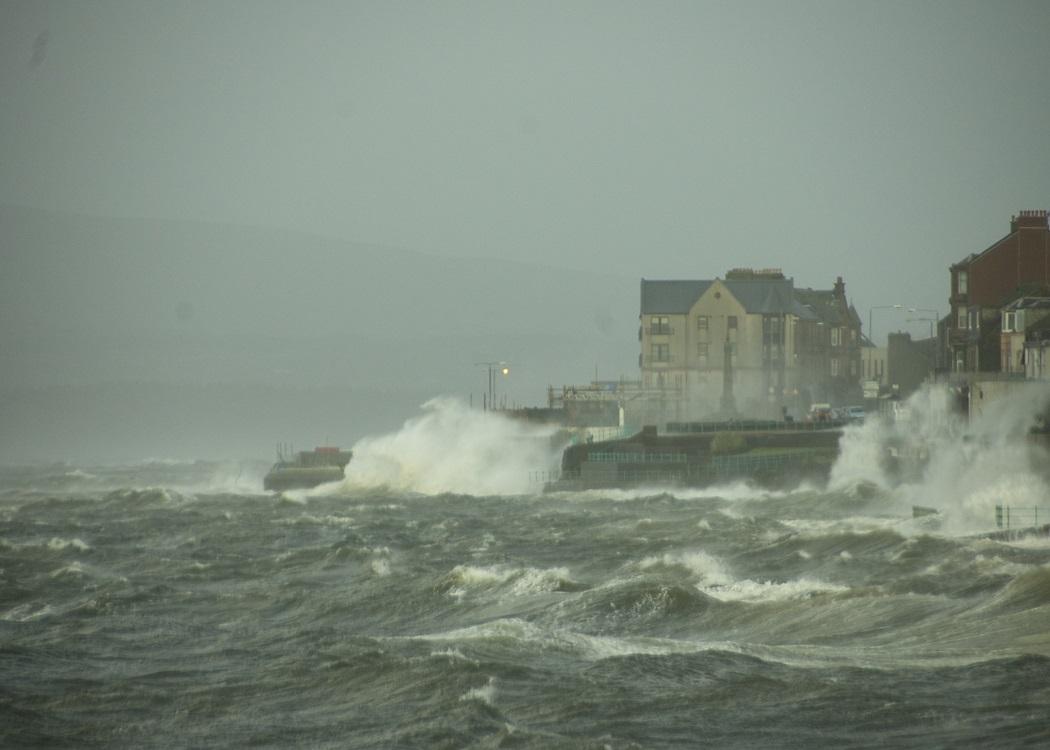 AMBER weather warnings are in place for the first big storm of the winter with #Abigail set to hit Scotland on Thursday night.

The Western Isles will be hardest hit, with gusts of up to 90mph, and travel disruption is expected as heavy rain, lightning and gale-force winds will continue until Friday afternoon.

Twenty-four of the 25 Calmac ferry routes will be disrupted and schools in the Western Isles have closed in preparation. Coastal areas will be affected by 40ft waves as the storm reaches its peak in the early hours of Friday morning, it is predicted.

The storm has been allocated the name ‘Abigail’. Previously, only hurricanes were named, but the Met Office and Met Eireann are now naming weaker storms. A request for the public to #nameourstorms via social media produced a lot of teacup jokes and a final shortlist of comparatively dull names.

This winter we can look forward to Henry, Desmond, Frank, Nigel and Gertrude, among others. It’s thought that next winter’s storms will be named after people born after 1955 – we wait with baited breath.

This year, though, we’re starting with Abigail, and it’s not quite as catchy as the genuinely crowd-sourced ‘Hurricane Bawbag’ that hit in 2011 – and Twitter is unimpressed.

In the name of journalism, we spent the morning looking at funny tweets.

Along with repeated demands for #Bawbag2, people are keenly anticipating the next storm, which must begin with ‘B’.

@metoffice if the next Storm isn’t named “Bawbag” then you are dead to me.

Abigail isn’t a “Storm”.That wind speed is a “Hurricane”on the Beaufort Scale.The next one could be “Bawbag”then “Carmichael”.

While the obvious pun was enjoyed by (too) many.

Some are managing to find pretty tenuous political links.

So the met office have named their first storm #Abigail the worst area affected is to be Scotland. It’s like the poll tax all over again.

And apparently storms that only affect Scotland aren’t *actual* storms.

@chrisstormsquir I don’t think it should be a named storm unless it affects the whole of uk/ire. #Abigail is a part time storm @metoffice

Meanwhile, the islanders think central belters are being a bit hysterical.

Beautiful start across the valley just before the shadow of storm #Abigail arrived. What will you notice today? pic.twitter.com/MbfOkUZccK

But don’t worry, because Lochaber and Skye Police force are on the ball.

Found Property store will struggle to house ‘found’ trampolines -please ensure yours are tied down along with sheds, toys etc! #StormAbigail

And on that note, we must leave you with this.