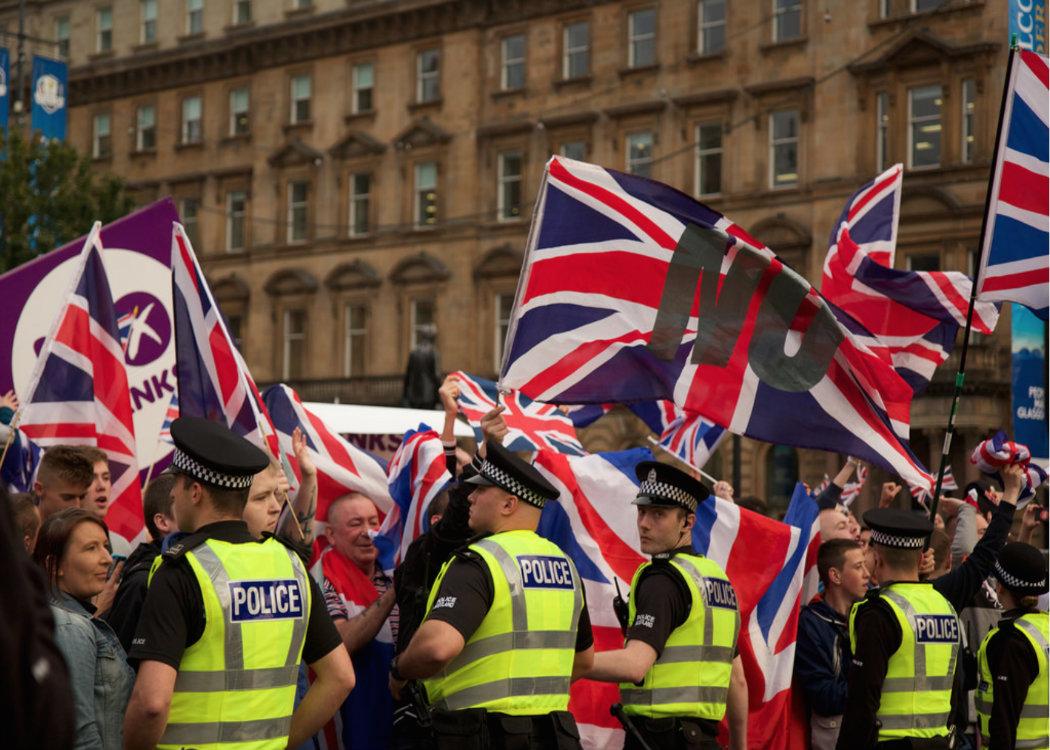 GLASGOW Sheriff Court has received a guilty plea from a young British nationalist relating to violence and public disorder following the result of the independence referendum.

Kieran Christie, 19, who has displayed support for the British National Party and fascist group Britain First online, pleaded guilty to two charges of behaving in a threatening or abusive manner, being in possession of a bottle as an offensive weapon and recklessly lighting and holding a flare in George Square, Glasgow.

Dozens of arrests were made on 19 September as British nationalist groups clashed with police following the announcement of a vote against Scottish independence.

Court evidence said that Christie approached a group of men on Buchanan Street, central Glasgow, shouting: “What fucking side are you on?” in an allusion to the referendum campaign.

The court heard that he then threatened the men by saying “I’m going to fucking get you” and “I’m fucking coming for you”, while racially abusing one of the men calling him a “Paki” and a “Nigger”.

Evidence was also presented of mysoginistic abuse by Christie towards women in the city centre.

Wings Over Scotland highlighted that Christie has signalled support for white supremacist group the British National Party and the fascist group Britain First, which uses paramilitary poses in its targeting of non-white communities in Britain.

Christie’s guilty plea was originally illustrated by The Scotsman newspaper with an image from the Yes Campaign, with no context on his British nationalist connections. The Scotsman has since changed the image.

Sentencing in this case is expected next month.