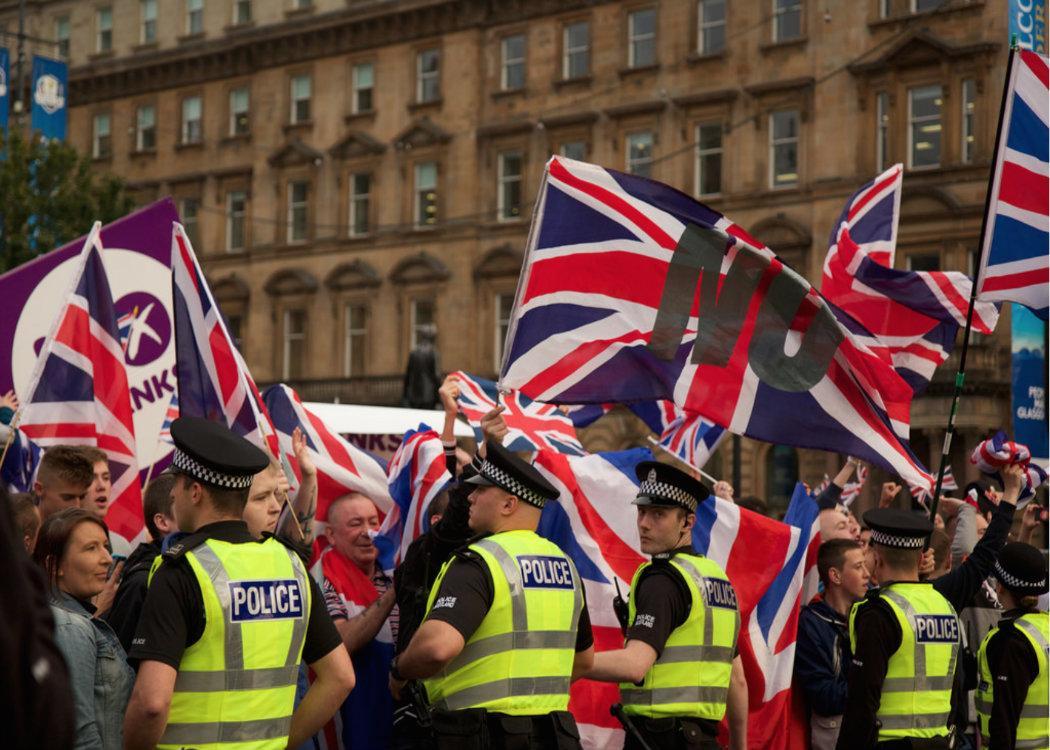 ANY INTIMIDATION by British nationalists towards North Lanarkshire councillors will be reported to Police Scotland, a spokesperson has confirmed, following boiling tensions over the flying of the Irish national flag.

The council intervened to warn nationalist campaigners after the personal addresses and mobile numbers of seven Labour and SNP councillors were posted online by British nationalists.

Unionist group Regimental Blues launched a campaign of “targeting councillor surgeries and council offices as part of our street campaign”, warning councillors that it would monitor “every meeting you sit in, every vote you cast and every move you make” if they failed to back down over plans to commemorate the Irish Easter Rising of 1916.

A spokesman for North Lanarkshire Council said: “This issue is subject to a democratic process and that process should be respected by all concerned.

“While any person or group is entitled to make their views known to elected members, any such action must be within the law and our colleagues at Police Scotland will deal with any illegal action appropriately.” North Lanarkshire Council spokesperson

“We are aware of the posting of the personal details of elected members on a website. While any person or group is entitled to make their views known to elected members, any such action must be within the law and our colleagues at Police Scotland will deal with any illegal action appropriately.”

The Herald has since reported that Labour, which forms the largest group on the council, plans to remove support for the flag ceremony following the threats. However, the targeting of individual councillors has made the SNP more likely to vote in favour.

Irish Republican group Cairde na hEireann successfully proposed the flying of the flag in April from council buildings to mark 100 years since the armed uprising that took place in Dublin. The violence, in opposition to British rule in Ireland, included Edinburgh born socialist James Connolly, who was executed following the rising.

In 2014 the household of Queen Elizabeth , head of the British royal family, confirmed they would support the 2016 anniversary of the rising.

Unionist group Regimental Blues has warned councillors that it will monitor “every meeting you sit in, every vote you cast and every move you make”.

In January an online football group ‘Bears Fight Back’ targeted journalists, and warned: “If you lose your business, your money, your home, your husband or wife, your children or your freedom, don’t say you weren’t warned!”

Dozens of threats from loyalists were previously recorded by the National Union of Journalists in Scotland.

Last September fascist sympathiser Kieran Christie pled guilty to participating in the British nationalist riot that marred the 19 September 2014 in George Square. Dozens of arrests were made on the day.