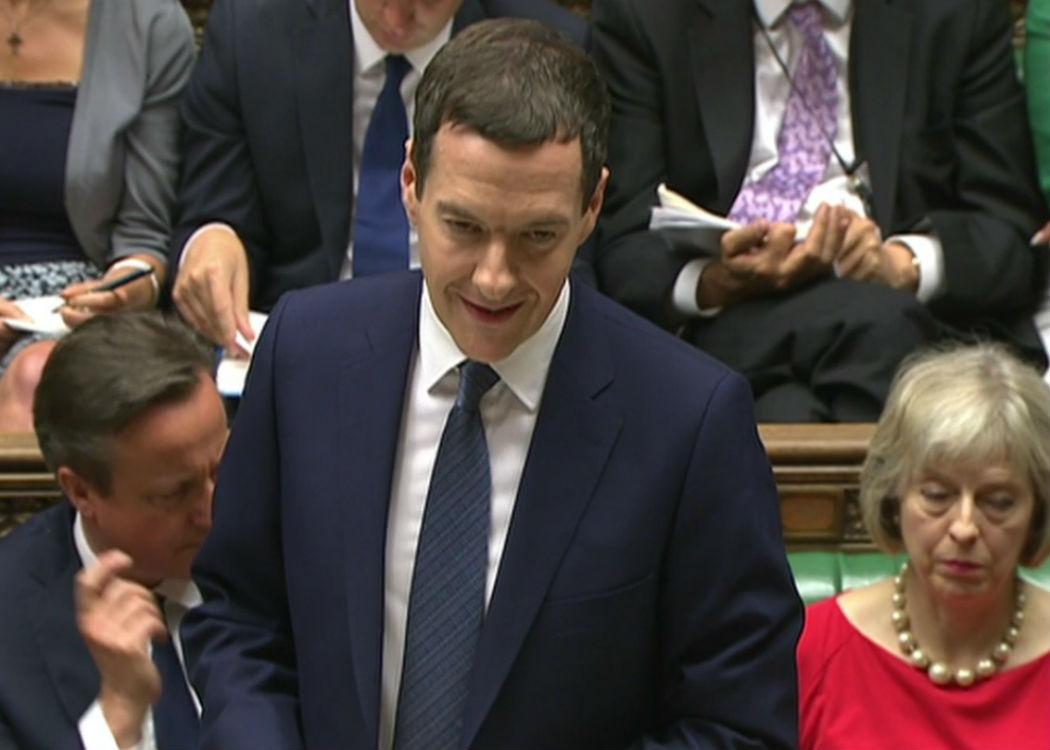 GEORGE OSBORNE’S first budget in charge of a fully-fledge Tory government has not held back: swingeing cutbacks to working tax credits have been combined with a new policy of increasing the minimum wage up to PS9 by 2020, while the chancellor has surprisingly stuck to meeting Nato’s defence spend target of two per cent of GDP.

CommonSpace has sought reaction from across Scottish politics, with views coming in from economists, politicians and campaigners on the impact the Budget will have on peoples lives.

George Osborne was surrounded by women when he was delivering his budget speech, but we can’t have been much on his mind when he was developing its contents.

The relatively paltry living wage that was the high point of his speech isn’t enough to offset the drastic cuts to tax credits, housing benefit for young people, a reduced benefits cap, and frozen working-age benefits that cumulatively comprise twice as much of women’s income as men’s.

Bad news for single parents too, 95 per cent of whom are women, as they are due to be pushed into paid employment when their children turn three.”

“This Budget was a sermon from the high priest of an austerity cult – taking from the poor and hard working people and giving to the richest. The Tories’ cuts in the living standards of young people are particularly severe, including scrapping student grants.

“The SNP Government will continue to deliver grants for the poorest students in Scotland, demonstrating the benefits of having these powers in the Scottish Parliament, rather than in Tory hands at Westminster.”

“Two thirds of children living in poverty are in a household where there is a family member working. Today’s changes appear to ignore that parents and caregivers must feed and clothe all of their children – not just the first two.

“The UK government is obliged under the UN Convention on the Rights of the Child (UNCRC) to provide children with an adequate standard of living. They are denying millions of children this basic human right.”

Victoria Heaney and Rosemary Hunter from Women for Independence

Heaney: “These further cuts are not only an attack on women but the future of their children and their unborn, who have been written off before they have even been thought about.

“When the next tabloid talks about the falling birth rate and how women should act quick to have children while they are young, we need only to refer them to George’s index of human worth.”

Hunter: “While Osborne’s decision to increase the minimum wage; provide more money for women’s refuges; and extend free child care to 30 hours is welcome, he also plans to freeze tax credits for four years and limit provision of child and universal benefits to the first two children.

“Currently around 70 per cent of tax credits and 94 per cent of child benefit payments are paid to women.

“There is no doubt that these measures will result in women being disproportionately harshly affected. Meanwhile, the chancellor has extended the high rate income tax band and increased the inheritance tax threshold – a direct benefit to those people already better off in society.”

George Osborne has unleashed misery on millions of people today. The scale of his attack on workers and the vulnerable in our society is unprecedented in modern history and will include the largest ever sale of our nation’s assets.

The question is what do we do now? In Scotland we firmly rejected these austerity policies and it is now a democratic question as well as an economic one.

The Tories have no mandate in Scotland; we should make sure they know that by organising to oppose their agenda of cuts and privatisation in every possible way we can.

Another Tory budget and another massive attack on the most vulnerable and young people. Just as the budget of 2010, the Tories seem hell bent on making young people pay the price for the failure of the banking system.

The government are scrapping housing benefit for under 21s, condemning under 25s to another five years of poverty pay and age wage discrimination, and impoverishing hundreds of thousands of more kids through cuts to the tax and child tax credit systems.

Working class young people across the UK, and particularly in Scotland, can choose to either accept these cuts or join in the fightback against an ideologically motivated attack on our future.

Real wages are still almost 10 per cent below pre-recession levels and the proliferation of low paid service sector employment relying on below Living Wage pay and zero-hours’ contracts is undermining the security of hundreds of thousands of workers.

The chancellors so-called ‘national living wage’, pitched at PS7.20 next year, will be nothing of the kind and is simply a cheap gimmick aimed at undermining the successful work we have undertaken to promote a meaningful Living Wage that genuinely helps people out of in work poverty.

The Living Wage commitment is still less than the Green election proposal of PS10 per hour by 2020, and against the backdrop of the attack on welfare, it’s clear that Osborne is giving with one hand and taking away with the other.

In the context of PS4.5bn cuts to tax credits this policy is clearly not a real Living Wage, it is a sleight of hand, to distract from the corporate tax cuts to the very businesses which have created so much working poverty.”

“We need a budget for investment, what we have seen in the budget today is a cut of PS5bn in net public sector investment over the course of this parliament. This after the much vaunted PS100bn investment the chancellor spoke about earlier last month seems to have disappeared off the radar.

“Not only is this budget bad for those who rely on tax credits, it’s also bad for the whole economy. We need investment, not more austerity.”

For the first time the Chancellor has finally admitted that his attack on the poorest and most vulnerable people in our communities isn’t actually about tackling the deficit. It’s all part of his push for a low tax low welfare society.

This is the work of an economically-illiterate Chancellor who is dead set on cutting, freezing and scrapping welfare to reach his target of PS12bn cuts.

The cut to tax credits will hit the low paid – quite how this will ‘make work pay’ is unclear. Removing housing benefit for 18-21 year olds will produce a wave of homelessness and rough sleeping.

The cuts to corporation tax will further undermine the ability to pay for public services, and are an effective tax cut for only the wealthy.

But at its heart this is a budget that goes further than ever before to force ordinary people into low-paid low quality work or face starvation. The aim is to use hunger, homelessness and worklessness as threats which require utter compliance with the demands of big business.

We need to set out a vision of a different society and economy. One built on trust and cooperation not desperate attempts to drive people to a choice between penury and poorly paid, low quality work.

We need to respond to the great technological transformation offered by low carbon technology and automation by making people’s lives better, rather than creating a new plutocratic class.