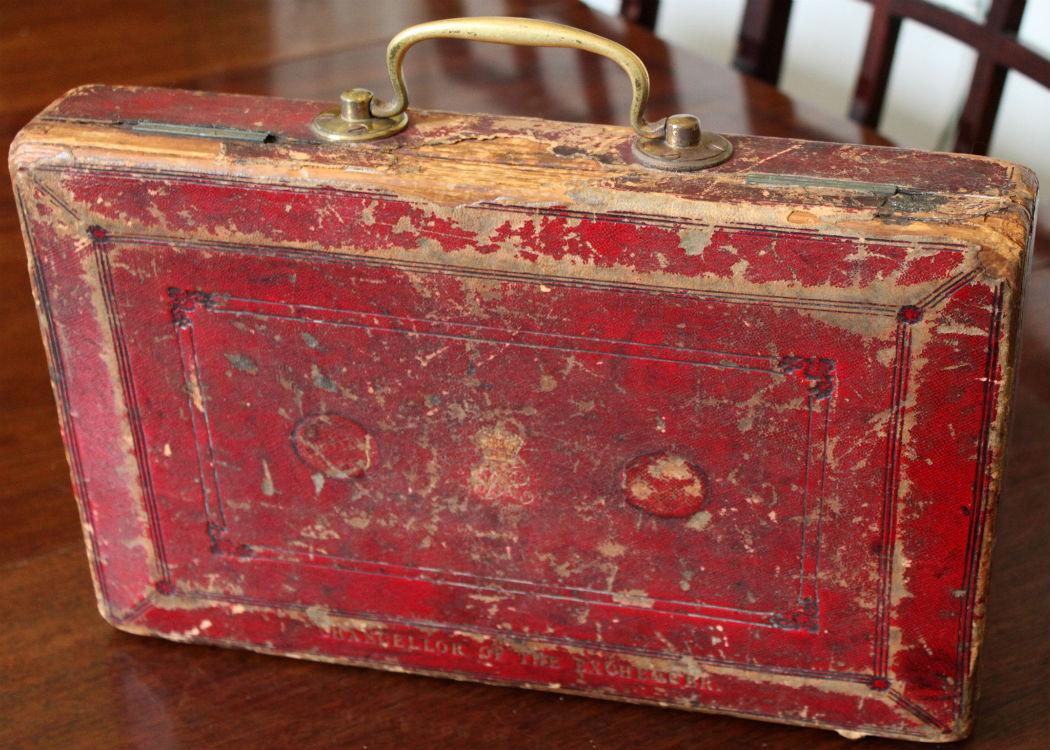 GEORGE OSBORNE’S eighth budget was dominated by the prediction that economic growth would slow in coming years, necessitating PS3.5bn more in cuts according to the chancellor.

The budget also outlined plans to bring greater empowerment to the so called ‘Northern Powerhouse’, reductions in tax for both private individuals and corporations, and plans to force all English state schools to become Academies.

CommonSpace samples reaction to the budget from think tanks, campaigners and political parties.

“While the rest of the world is moving away from austerity, the Chancellor has his fingers in his ears. He cites global economic turmoil as the reason behind why he has failed on one of his own rules – to reduce the debt to GDP ratio every year – but when you look at the OBR’s new forecasts, it is the UK’s dire productivity which is the driver of the fall in government revenue.

“Even the IMF and OECD have told George Osborne to stop the cuts and use the fact that interest rates are so low to drastically increase government spending in infrastructure and skills, which would boost productivity. But his commitment to infrastructure in his speech isn’t backed up by the numbers, which offer piddling figures for new rail lines and roads.

“The budget is also just brutally right-wing. While disabled people face savage cuts, there’s a big fall in the tax burden of the better off through reductions in capital gains tax. Corporation tax is set to fall to an EU low of 17 per cent, while extra money is going towards taking schools out of local authority control.”

“We are devolving power from women to men. The Northern Powerhouse risks becoming a gentlemen’s club. Worryingly there appears to be no consideration of the need for gender balance and diversity in decision making yet we are allocating PS13 billion of investment spending to the Northern Powerhouse.

“Just three of the 17 elected Mayors are women, none of the chairs of the five established combined authorities in the Northern Powerhouse are women. Only one of the shadow authority chairs is a woman.

“Unless there is a conscious attempt to address this we will be going backwards on women’s representation and that is worrying.”

“Jobs growth is welcome but our economy is disproportionately dependent on low paid part-time work and insecure employment. 75 per cent of part-time workers are women.

“Women are disproportionately concentrated in small and micro businesses. Measures to support small businesses will help those women.

“Fawcett welcomes the new National Living Wage. 61 per cent of beneficiaries are women. But this indicates just how low paid women are in the first place.”

“However the Chancellor’s approach to tax confirms that his ‘we’re all in this together’ line can’t be taken seriously. Raising the personal allowance and higher rate threshold are very expensive measures which benefit most those in the top half of the income distribution whilst doing nothing for the 4 million lowest paid workers. Cutting corporation tax, business rates and capital gains taxes will do nothing to boost jobs, growth, innovation or productivity.

“The STUC believes the Chancellor could have provided significantly more support to the oil and gas sector particularly on exploration incentives and investment allowances. However, it is important to recognise that tax cuts were never going to be a sufficient response to the current crisis given that profits are forecast to fall away to almost nothing over the course of this Parliament. We note that the Government will consider proposals for using the UK Guarantees Scheme for infrastructure to help secure new investment in assets of strategic importance. It is essential that this work proceeds immediately.

“The Government must also act to support those who work in the sector by stressing to the oil and gas majors that they must cease forcing unsustainable price cuts on the supply chain.

“The OBR is undoubtedly correct to revise down its growth forecasts in the face of global and domestic headwinds. The Chancellor is catastrophically wrong to increase spending cuts in an already slowing economy. Once again, it is society’s most vulnerable citizens who will suffer the most.”

“Yet again it’s women and children first in line for cuts to public services and essential social infrastructure. A focus on capital infrastructure and not building social capital and wellbeing, which is all undermined by further damage to incomes and services, and tax cuts in the wrong places and pinching women’s already unequal pension pockets. The UK WBG has said

“Once more we saw the Chancellor announce a series of tax cuts, which will mainly benefit men. These will be paid for by further cuts to essential services and to benefits that many disabled people rely on. A further PS2 billion will come from public sector pensions, again disproportionately impacting women who are the majority of public sector employees.”

“Mr Osborne spent the first 10 minutes of his speech blaming every other economy in the world except the UK for another tax raising and deficit reducing target that he has missed. When elected in 2010 he promised that the UK would be running a surplus by this time. He has missed this by an eye watering PS72.2billion and continues to mislead the public by suggesting we will be back in surplus by 2019/2020.

“On the surface the Chancellor’s support for Aberdeen and the Oil and Gas sector is positive – we welcome any support in challenging times.

“However, on cutting through the smoke and mirrors it’s clear to see an opportunity missed: scrapping the supplementary charge completely and pledging tax incentives for the exploration of new fields would have more impact.

“The productivity gap between the UK and the rest of the G7 is now the widest it has ever been.

“For the last five years the Chancellor has been ignoring the warnings from the IMF and eminent economists that cutting budgets before increasing productivity and wages would be damaging to the UK recovery and again today we have seen these warnings ignored.”

“This budget does absolutely nothing to address the tens thousands of jobs that have been lost all over the country. For all his rhetoric about being the party for working people he never spoke once about the worker or the employee.

“This is a classic case of protecting profit before people, monetary greed before societal need.”

“We are angry the budget is self-interest for this government and their allies in big business. They have no interest in tackling poverty, they are happy to see reduced wages and continued attack on welfare provision. Our community is already under the kosh, the levels of poverty we are experiencing are driving people to despair and that includes people in work as food and fuel rents continue to rise.

2We call on people to join us in our anger and stand up for ourselves to challenge this governments blatant disregard of our basic human needs.”

“Osborne’s budget today, which set-out an additional PS3.5bn in austerity cuts, reaffirmed the need for Scotland to have a rolling mandate for another independence referendum.

“Without MSPs elected to argue unambiguously for another referendum at the time of Scotland’s choosing, Holyrood will lack the political leverage to hold one without Westminster’s consent.

“Despite what Osborne claims, the fundamentals of the British economy are not strong. In fact, with a massive current account deficit, huge levels of household debt, weak wage growth, and low industrial productivity, Britain is the worst prepared of any major country for another global crisis.

“George Osborne is pulling the rug from under Scotland’s children and young people. The Chancellor has chosen to focus on his obsession to reduce public debt – a goal which he has failed to reach – despite the problem of household debt being so much more of a problem, and one which new savings schemes can do nothing to solve. He also expects people to endure his economic policies without the safety net of a decent social security system that previous generations built up.

“Recent months have exposed the vulnerability of the Scottish economy to over-reliance on the North Sea oil and gas industry – it’s clear that the next generation can’t trust on the oil industry to provide them with work and security. Osborne’s approach to this crisis is short-sighted in the extreme – he has chosen to give yet more tax relief to big oil business while handing over pennies to the renewables sector that, with proper support, could provide quality jobs in years to come.

“Today the Chancellor claimed we are hitting our fiscal targets. We are not, he is moving the goal posts. The OBR have revised down productivity, 81% of cuts target women, and last week we saw ESA slashed for disabled people. This is an assault on the vulnerable, and it’s not even working.”

“Today, George Osborne’s budget leaves in its wake a trail of missed targets. He confirmed that he has missed all his targets on debt, deficit, borrowing, trade and exports which confirms his failed austerity project has damaged the UK’s economy, our vital public services and will hit us all – especially the poorest and most disadvantaged.

“The judge of any Chancellor is his ability to meet the targets he sets for the economy, and to perform on key indicators like trade and exports. George Osborne has failed utterly, and this Budget will be remembered as the point he lost all economic credibility.

“The Chancellor may pretend that he doesn’t have a choice when it comes to the economy but he could have listened to the SNP and our progressive, sensible alternative of a modest 0.5% increase to public spending that would grow our economy and help to avoid the worst of these cuts.”

“Regional disparities, particularly in transport investment, are stark. The northern powerhouse is decrepit already. Growth will decrease in each of the coming 5 years, equating to higher borrowing and higher inequality.

Abolishing taxation on oil profits is an economic dead end. We need state ownership and investment to protect Scottish jobs and move towards an ecological economy. With little hope of the government at Holyrood alleviating this with fairer taxation we call on voters to demand a government that takesthreats to public services seriously.”