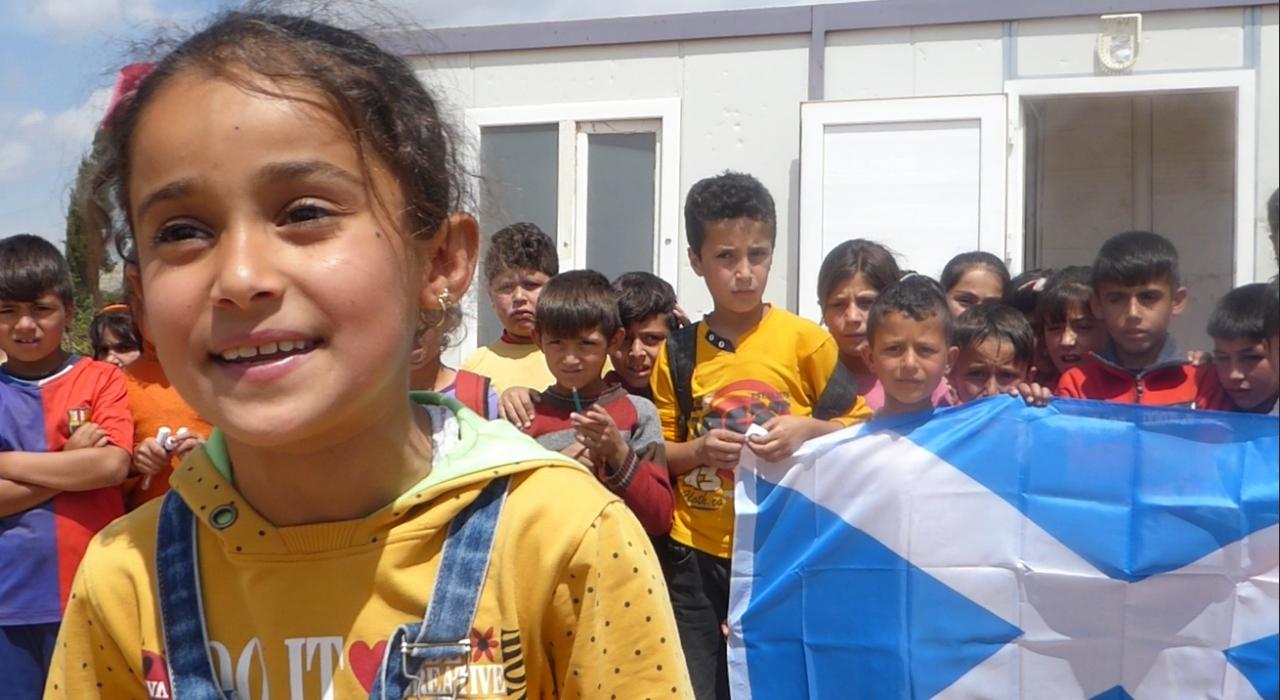 SARAH GLYNN of Scottish Solidarity with Kurdistan was part of a women’s delegation to Northern Syria earlier this month, where she witnessed firsthand the Kurdish women’s commitment to rebuilding the war-torn region, even as threats and instability continue on all sides.

The delegation from the UK and Ireland was invited to visit by Kongreya Star, a coalition of Kurdish women’s organisations in Rojava in Northern Syria, where the predominantly Kurdish community has succeeded in establishing an autonomous region shaped by grassroots democracy, ecology and the pursuit of a greater role for women in society.

After years of oppression under the Syrian regime, the civil war created a vaccum which allowed the movement and its ideas – which had been discussed under the radar for decades – to take hold, and Kurdish fighters won one of the first major defeats against Isis in 2014 when they pushed them out of the city of Kobane in Rojava.

Speaking to CommonSpace, Glynn said that there were clear lessons to be learned from Northern Syria across the Middle East, as well as here in the UK. “What I was really inspired by was the commitment of these women – I’m sure the men are committed too, but we were meeting the women – in what was traditionally such a patriarchal society,” she said.

“We talk about ‘another world is possible’ – they’re really doing this, focussing on grassroots democracy and not on capitalist growth.

“They see this as something which could spread to Syria and the Middle East, but there are also lessons to be learned here [in the UK] where we see the expansion of greed which is not viable ecologically.”

During the visit, the delegation met with women’s neighbourhood organisations which send delegates to a committee, and met with central organisations, political parties and the YPJ, the women’s defence force.

As well as having women, including those of all ethnicities, involved in leadership roles and on committees – something Glynn notes is a significant step away from tradition – a women’s village, Jinwar, has been built in Rojava using ecological construction methods, and is almost ready for women to move in.

“The women’s village is for women who have been widowed or had to leave their husbands due to domestic violence or who want to live separately with women,” Glynn explained, while noting that the project is not intended to be “isolationist” as the women will still link with the wider movement.

“I was quite dubious about it, but I can understand the need for it in that society,” she added. Glynn said that there was an understanding among the women that while progress has been made towards equality for women, there will be a long road ahead.

“They’re very aware of the difficulties in people’s families of breaking down long patriarchal history – you can’t change a whole way of thinking over night,” she said. The divorce rate has risen dramatically amid these social changes, while a women’s justice system has been established to support women through a process of negotiation.

Glynn said, however, that the optimism among the people in Rojava was muted by the spectre of Turkish aggression hanging over the Kurdish region, and by a sense of being voiceless in Syria and the international community.

In January this year, Turkish troops invaded Afrin, one of three cantons which make up Rojava along with Jazira and Euphrates. While Turkey, which borders with Northern Syria, accused the Kurdish YPG (People’s Defence Units) of links to terrorism, human rights campaigners and a number of SNP, Green and Labour parliamentarians contested the claim and called for condemnation of Turkey’s actions.

By March, the city had fallen, hundreds had been killed, and over 160,000 were displaced, leaving communities in the rest of Rojava in fear over their future, and dejected by what they regarded as a weak international response.

“Turkey is taking over the Kurdish area, threatening to extend the invasion,” Glynn explained. “People in Rojava were very concerned about the lack of support from Western powers, and that the takeover of Afrin was able to happen.

“While we were there, Theresa May was having a state visit with Turkey – it’s amazing.”

If the Turkish takeover is allowed to expand, Glynn said this would be “appalling”, not only for the Kurdish people but in the international context, given the great social and political progress the region represents.

Even aside from the Turkish threat, Glynn said there was a strong sense that was been achieved remains precarious. “There’s a lot of security around, which they have to have, and they are under blockade, so there are lots of things other countries won’t let in or out.

READ MORE: Sarah Glynn: Meet the working class hero Turkey is trying to rip away from the Kurds

“Everywhere we went there were cemeteries for people who died fighting Isis, and the cemeteries are growing all the time.

“And the Kurdish people have been excluded from conversations about the future of Syria, despite their work on developing this new system.”

In spite or because of all this, Glynn said the Kurdish people greeted the delegation with “smiles and warmth and hugs”, and they were genuinely happy to be visited “because they want to be heard”.

One organiser who Glynn spoke to told her that “so many people come and make promises and nothing happens”. With this in mind, she said, Scottish Solidarity with Kurdistan are even more determined in its efforts to raise funds for a school in Kobane after the city was all but destroyed by Isis.

“I was able to visit the area which has a couple of temporary classrooms, where the school would be built. We’ve raised £10,000 so far but it’s not enough,” she explained.

The fundraising campaign can be found here, and Glynn, who will be touring round Scotland to discuss her visit, can be reached at sarahrglynn@hotmail.com by any groups or organisations which would like to invite her to speak.