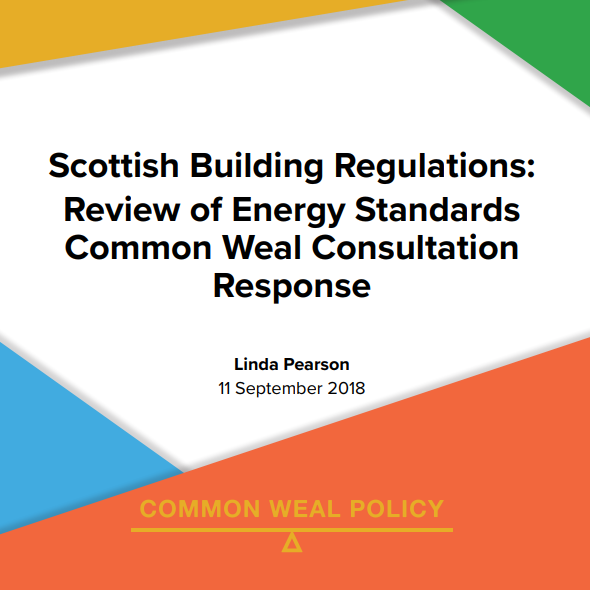 In a response to the Scottish government’s call for evidence on the effectiveness of the 2015 building energy standards, Common Weal says that passive or net zero carbon standards should be mandated for all new buildings, while the maximum technically feasible energy standard should be applied to existing buildings.

Common Weal has consistently argued that improvements to building energy standards should play a prominent role in Scotland’s environmental policy, as heating accounts for more than half of Scotland’s energy consumption. Action on energy standards is also needed to tackle poverty, which currently affects one third of Scottish households.

A comparison between the space heating requirements of existing buildings and the requirements of buildings constructed toPassivHaus and EnerPhit standards demonstrates the potential for Common Weal’s proposal to reduce energy demand and bring down energy bills. New Scottish homes built to PassivHaus standards would have a space heating requirement 89% lower than the average existing UK home, while buildings retrofitted to EnerPhit standards would require 82% less energy to heat.

As the submission notes, passive standards or net zero carbon standards can be achieved through a combination of techniques and technologies, such as passive solar building design, superinsulation and natural ventilation. However, there are other ways to achieve passive standards which the Scottish government should explore, such as the use of locally-sourced timber in building construction.

Common Weal argues that it would be better for the Scottish government to introduce passive standards for all new buildings via legislation which would set a period between enactment and the introduction of the standard. This would allow the building industry to adjust its supply chains and building practices. For existing buildings, a framework should be created under which any given building could be assessed on its potential for a maximum technically feasible upgrade.