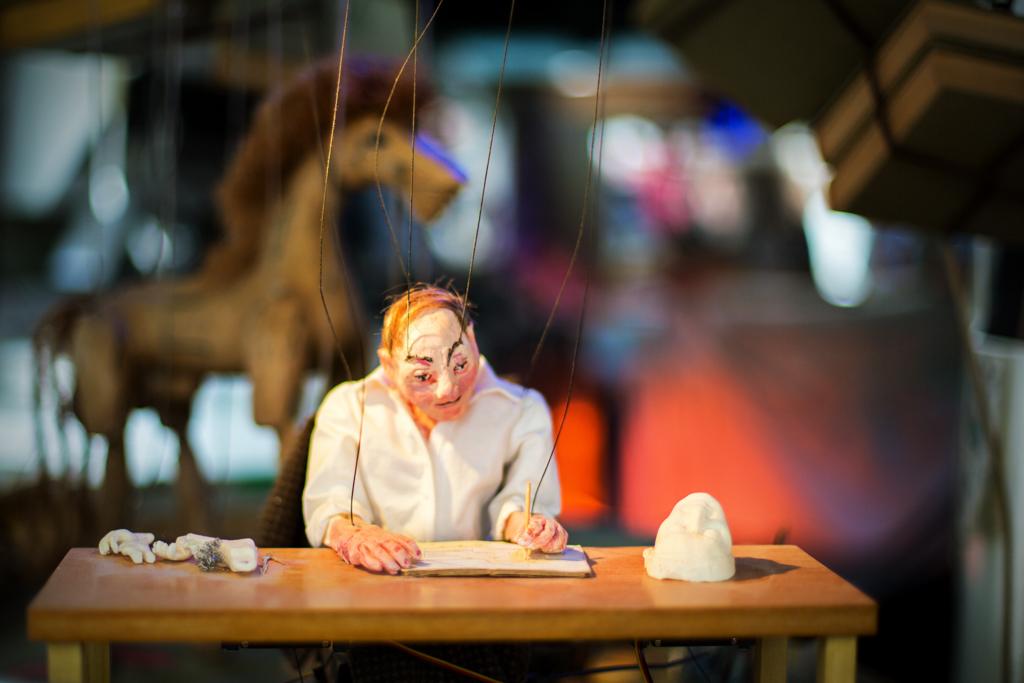 As a result of his work on the #SaveCastleToward story in Argyll and Bute, Michael Gray began approaching the local council for answers. What he quickly found was a trail of fear, silence and allegations of bullying and intimidation which raised serious questions about council management. Here, he recounts how the story of one community’s fight is helping bring the struggles of others to the surface.

PINOCCHIO wouldn’t last in public relations. Any time he told a fib his gigantic nose would give the game away, and as a puppet it was only too clear that someone else above him was pulling the strings.

And a tangled web of strings is exactly what you find when investigating Argyll and Bute Council. It’s like when a Disney film – or Scottish council authority – goes bad. Threats to journalists; pressure on council staff; a failure to represent constituents: all allegations of authoritarian behaviour which have been made.

After compiling more than 15 different accounts, I can begin to explain what appears to be a dysfunctional administration. Like the worst confrontations or breakups, the first sign I received was passive aggression.

I asked for information from the council’s press office when I began covering the Castle Toward story charting the local community’s efforts to take over the estate from council ownership (click here to read more). What I received instead of answers was accusations against the local newspaper.

When I conveyed this to the press office, there was an anxious reception. Was there any ongoing dispute? “That is a matter between the council and the Dunoon Observer,” I was told.

Questions submitted on the issue were left unanswered. So the question remained – why would a spokesperson so flippantly accuse local journalists of inaccuracies when approached for basic information?

The explanations I received came worryingly thick and fast.

My first local source with close relations to the council explained that “the council’s communication team appear to have been instructed to close down the Castle Toward story”. My source added that a decision to obfuscate on this issue was likely due to instruction from higher up in the council.

This was an issue with council management, not the individual staff. And it was only the tip of the iceberg.

One individual, who won a case against the council, described a culture of fear: “You don’t challenge, you don’t speak out, and if you do you pay dearly for it.

“Officers of the council, if they are at a certain level, are allowed to do anything they want. If you are at a lower level you are crucified. It’s about hierarchy.”

After the case was won, the detail of it was ‘covered-up’ without any accountability for the senior staff involved, according to the individual.

Repeatedly I have been told that the relationship between the press office, journalists and the council is authoritarian.

I have been told that “dossiers” are kept by the press staff on ‘problem journalists’. The press office have demanded the sacking of local reporters, according to CommonSpace sources.

Each individual I spoke to was afraid of the consequences of their name appearing in this article. Those who have spoken out on a range of issues – even after they have won tribunal cases against the council – say they have faced victimisation for raising concerns.

The press department itself is no stranger to employment tribunals and controversy. Jo Smith, who worked for the council, was sacked from the press office following accusations of using ‘spy social media accounts’ to monitor opposition to the council. No evidence was found for this claim.

Smith received a large payout – CommonSpace has been told it was ‘a six-figure sum’ – ahead of a tribunal for unfair dismissal. A confidentiality clause was used to prevent Smith from talking about the case, according to local sources. Two members of the communications team were suspended, and subsequently resigned, according to the Dunoon Observer.

CommonSpace has been informed that another communications staff member was sacked and also received a compensation payout.

Smith was also implicated in the sacking of George Berry, a volunteer presenter at Oban FM radio chairing a local politics show. Argyll and Bute Council had complained to Oban FM management about Berry’s criticisms of the council on his show. An email published on For Argyll (click here to read more) illustrated the pressure the communications department placed on the station, which ended after Berry was sacked from his role.

Sacking and threats are not good for staff morale or performance. Another source told CommonSpace that it was “sad” what had happened to the communications department. As a small group of office staff within a huge local authority, “they never know what’s going on. Their task is absolutely impossible.”

The case of the NeverSeconds blog ban was testament to this. Martha Payne, age 9, was posting reviews of her school meals in a writing project online. It became a hit with two million readers and raised thousands of pounds for Mary’s Meals charity work in Malawi.

However, after its content led to negative coverage of the school meals in the Daily Record, the council accused the blog of “unwarranted attacks” on local school meals “which have led catering staff to fear for their jobs”.

It banned taking photos in the canteen, leading to a further media frenzy which made the story UK-wide, and the council later reversed its decision.

Who is responsible for this culture of fear and control?

The people I have spoken to have even more serious accusations than intimidation of journalists and poor treatment of staff.

I have been told that the authoritarian culture of Argyll and Bute council goes to the top management level of the organisation.

Douglas Henry is the executive director of customer services for Argyll and Bute. He has been described as a key player within the council with great influence on its wider activities and decision making.

Dick Walsh is leader of the council. He recently lost a motion of no confidence in South Cowal Community Council regarding his handling of the Castle Toward community buyout. Similar to Douglas Henry, he is described as holding substantial influence over the direction of the council.

Once again, this is part of an older history. Back in 2000, The Herald reported that Walsh’s “reputation as an autocrat led him to be called Dick Tator” during attempts to oust him from his leadership.

The administration leadership has also received two critical reports from Audit Scotland. In October 2013 the body, which is responsible for scrutinising failures in local government, warned of “a culture of instability and mistrust at the council”. Plainly, they said, “the quality of leadership of the council has been inadequate”.

In a follow up investigation in July last year, Audit Scotland reported that it was too early to judge the effectiveness of decision making while political leadership remained fragile. Those I have spoken do not hold back in their view of specific council management members. They describe the bullying of council employees, victimisation of those who criticise the council locally, and the exclusion of councillors who speak up on their behalf.

For Argyll described the case of George Berry in the context of a “council administration whose thick head is matched only by its thin skin and its long established bullying reflex”.

That is the grim reality of cliques and the abuse of power. There are several other cases – on top of the nine mentioned so far – relating to the council blocking community groups and investments. All of their individual stories and experiences weave together into a quite extraordinary series of council failures.

I approached the council twice this week for comment before publication. I received a stoney silence and then a demand to reveal the sources of these complaints. No response, no denial and no answers were forthcoming.

Working on the Castle Toward story – in which campaigners have been perplexed and frustrated at the council’s unwillingness to cooperate with the community – led me to uncover a range of different complaints and concerns which all followed a similar pattern.

To begin properly examining the extent of the problem and find any form of resolution, government intervention may be required. The public needs to know who is pulling the strings.