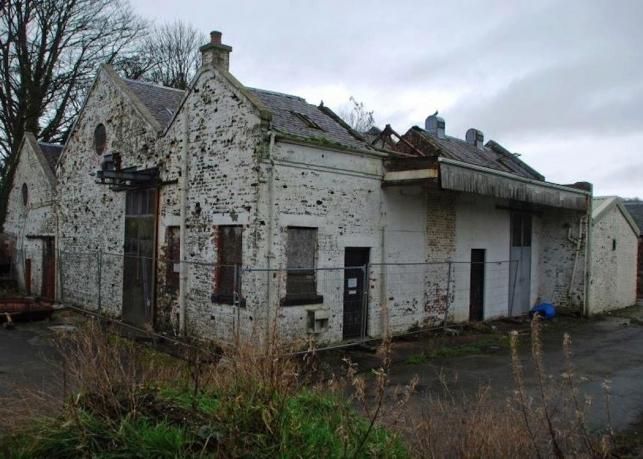 Closure threat put off after council pressured into action

A POPULAR LOCAL BUSINESS has won a possible reprieve from closure after the community on Bute rallied to demand action from council officials.

Bute Brew Co., a craft brewery based in Rothesay, announced it was likely to close after a bureaucratic nightmare attempting to purchase a long-derelict council site (pictured above) to develop its investment plans.

However, following an outpouring of support and focus political lobbying, company owner Aidan Canavan has said that community pressure has made a “huge difference” and led to “a number of options” being made available to keep the company going.

“We had a meeting with the council, and a number of options were suggested to us,” Canavan told CommonSpace.

“We are in a better position. It made a huge difference [the community and political support for the business]. There had been very little communication from the council, with only a few emails. Suddenly meetings were arranged, and ideas put forward.”

Local residents, councillors, the MSP and the MP for the island expressed outraged over the council decision to stall the company’s development to the point that it was set to abandon its Bute base.

Blame was placed firmly on council officials for the situation. Canavan heard through a third party that his expansion plans had been rejected by Argyll and Bute council, despite overwhelming support from the three island councillors.

“I was overwhelmed by what people in the community were saying.” Aidan Canavan, owner

Local MSP Mike Russell hit out at the “inept handling” of the case.

Canavan will now consider the development options open to him, before being able to confirm whether enough progress has been made to save the business – with its associated jobs and economic benefits for the island.

“I was overwhelmed by what people in the community were saying. I had no idea that it was such a big thing,” he added in appreciation.