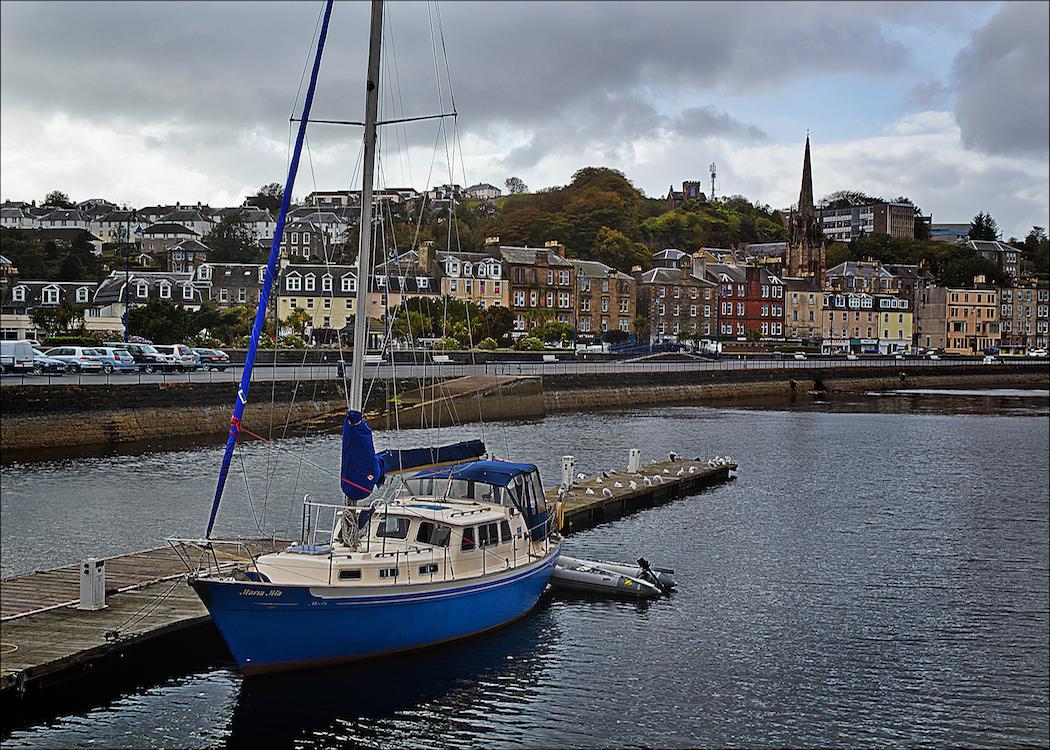 ANGER at Argyll and Bute Council has led to a promise of action over the threatened closure of a local brewery business – but no explanation has been provided for the bureaucratic nightmare which threatens its closure.

Yesterday, CommonSpace reported that popular island brewery, Bute Brew Co. in Rothesay, Isle of Bute, was planning to close after months of effort to secure a derelict council site for business development was left in the lurch by unelected council officials.

After residents hit out at the council for its handling of the case, a meeting has been promised between its head of economic development and business owner Aidan Canavan before the end of this week.

“The inept handling of this matter, the constant inability to be straight with Mr Canavan and the petty fogging bureaucracy that has surrounded the issue is going to lose the island investment and jobs.” Mike Russell MSP

However, three separate attempts by CommonSpace to find out why the council came to its decision were ignored yesterday by the council’s communications department.

The dispute centres on a long-derelict slaughterhouse on the island’s Meadows Road, which is owned by the council.

Canavan, who has the backing of all elected island councillors, identified the site as the only suitable premises to secure the future of his craft beer brewery. Yet despite what he believed to have been productive discussions with the council, he was informed by a Business Gateway official that “he wasn’t getting it”, according to Mike Russell.

CommonSpace asked the council why the proposal for regeneration was rejected; what plans the councils had for the long-derelict site; what the impact would be on the local community and economy if the business closed; and whether the council had reappraised its approach to derelict assets since the Community Empowerment Act was brought into force.

No reply has been received.

Last year a long-running stand-off between community campaigners and the council led to the rejection of a PS850,000 community bid for the derelict Castle Toward Estate.

Local MSP Mike Russell, in communication with council executive director Douglas Hendry, has demanded that action is taken to save the business and prevent any repeat of council bureaucracy blocking local attempts to create jobs and development.

Russell, in writing to the council, stated: “The inept handling of this matter, the constant inability to be straight with Mr Canavan and the petty fogging bureaucracy that has surrounded the issue is going to lose the island investment and jobs, contribute further to de-population and in addition will deprive Bute of a much needed GP (Mr Canavan’s wife) a matter which will have far reaching consequences for the entire population going forward and for other public bodies.

“Should someone be resigning over this, rather than attempting obfuscation and self justification?”

Last year, a long-running stand-off between community campaigners and the council led to the rejection of a PS850,000 community bid for the derelict Castle Toward Estate .

Hendry, who was himself implicated in the fall-out from the Castle Toward scandal , claimed the latest brewery fiasco would be “accelerated towards a hopefully positive conclusion”.

He added that: “The slaughterhouse has not been declared surplus to requirements by the department” and that “if the slaughterhouse was to be available for disposal, the framework within which the council is required to operate is such that it would almost certainly be the case that the property would have to be advertised for sale or lease on the open market.”

The SNP has pledged to “decentralise” council authority functions, and introduce an Islands Bill in the course of the new parliament.

However, Russell – who has repeatedly called for reform in the council’s operations – described the council’s behaviour as “staggering and utterly counterproductive”.

“It has been empty for many years and there have been several attempts to purchase it,” Russell explained. “On all occasions the council has refused to part with it, but no plan for its usage has ever been made public.

“When were elected members last consulted about the building and what was that consultation? Have elected members ever been asked regarding possible future uses? Why is a middle ranking official, Jim Smith, able to obstruct the economic development of an entire community for purposes he has never made clear even to the local elected members?”

The promised meeting between Canavan and Fergus Murray (head of economic development for the council) provides some hope that the dispute could be rectified.

A lack of local control and a failure to support rural and island regeneration remain a significant issue for Scotland’s economy.

The SNP has pledged to “decentralise” council authority functions, and introduce an Islands Bill in the course of the new parliament.

Update: Following publication, Argyll and Bute council replied to CommonSpace. A spokesperson said: “We are working with the Bute Brew Company to find premises that will help the business expand, as we would with any other business looking to the council for support. We are keen to do all we can to help local businesses grow and prosper.”