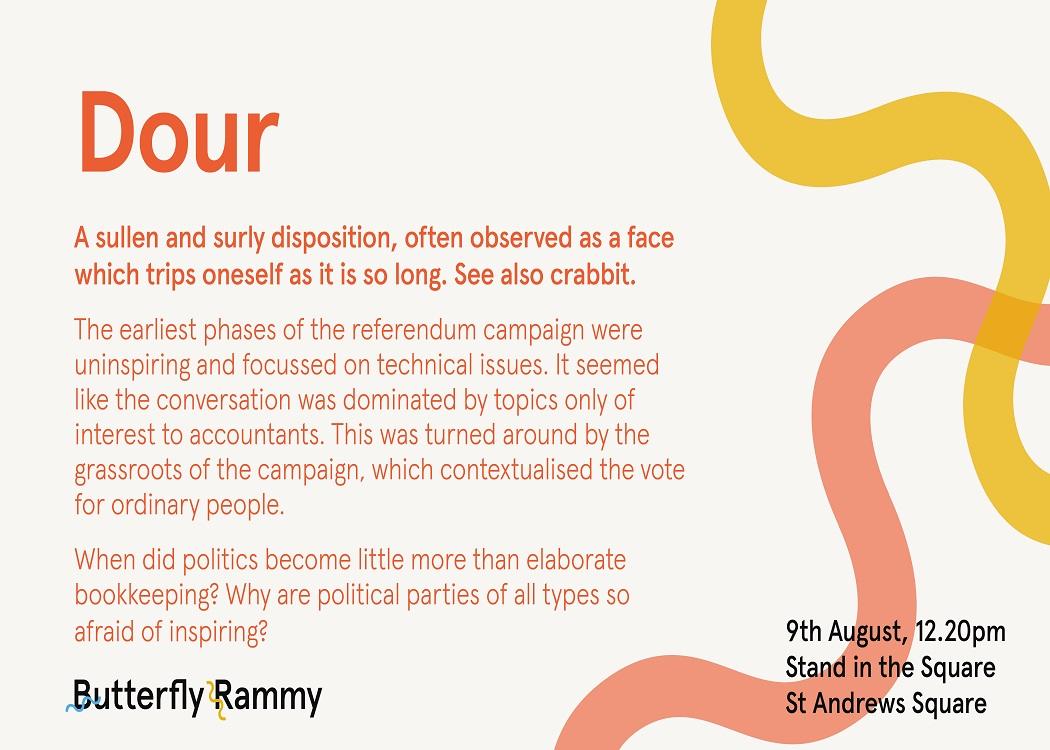 Listen to the latest Butterfly Rammy episodes on CommonSpace

THE latest from Common Weal’s Butterly Rammy series at the Edinburgh Fringe show on 9 August was ‘Dour’.

The first stages of the Scottish independence referendum campaign were a dry, dour affair. Our panel discussed what it was that inspired people to take the debate into their own hands, how to sustain popular movements and whether there has been a slight return to dourness since the No vote.

Music was from Sound of Yell. The hosts Pauline and Tam also performed Gav Prentice’s Dour essay from the Butterfly Rammy book.