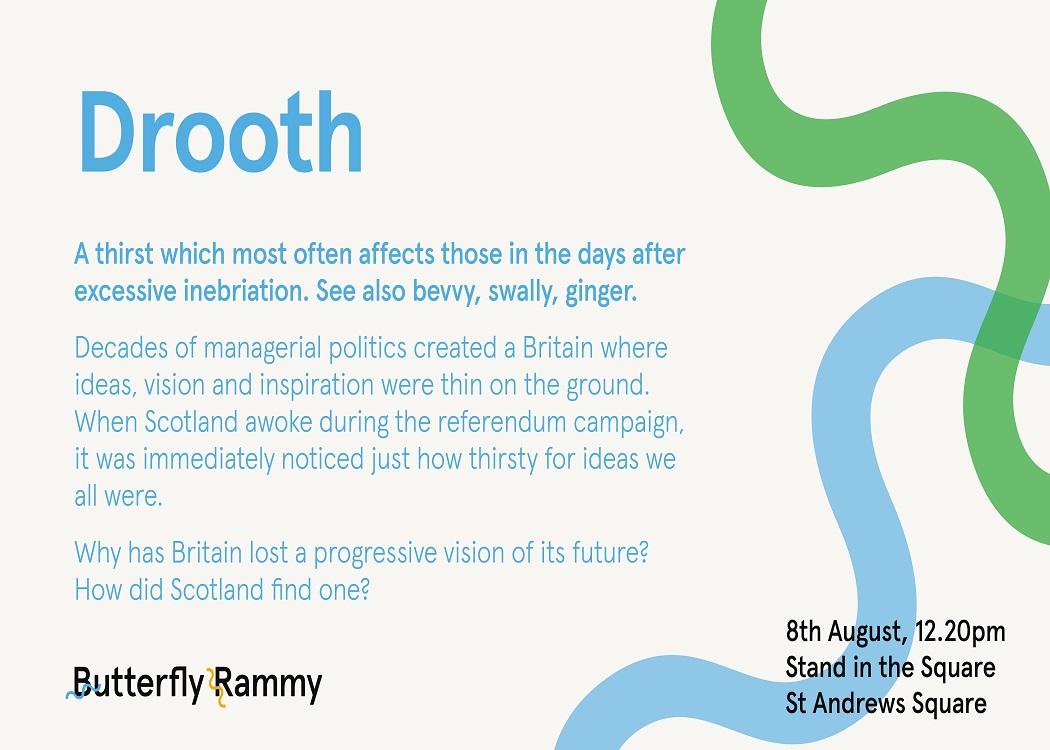 THE second show from Common Weal’s Butterfly Rammy series at the Edinburgh Fringe on 8 August was ‘Drooth’.

At the beginning of the referendum campaign, Scotland moved out of its Dwam into a Drooth and we discussed whether that thirst for political engagement was still there, what shape it might take in the future and whether there was a drooth of progressive vision within the rest of the UK.

The guests were Adam Ramsay, Eunice Olumide and Stuart McHardy with music from Space Crack. Stuart also performed his poem The Back o the Ha that is published in the Butterfly Rammy book.