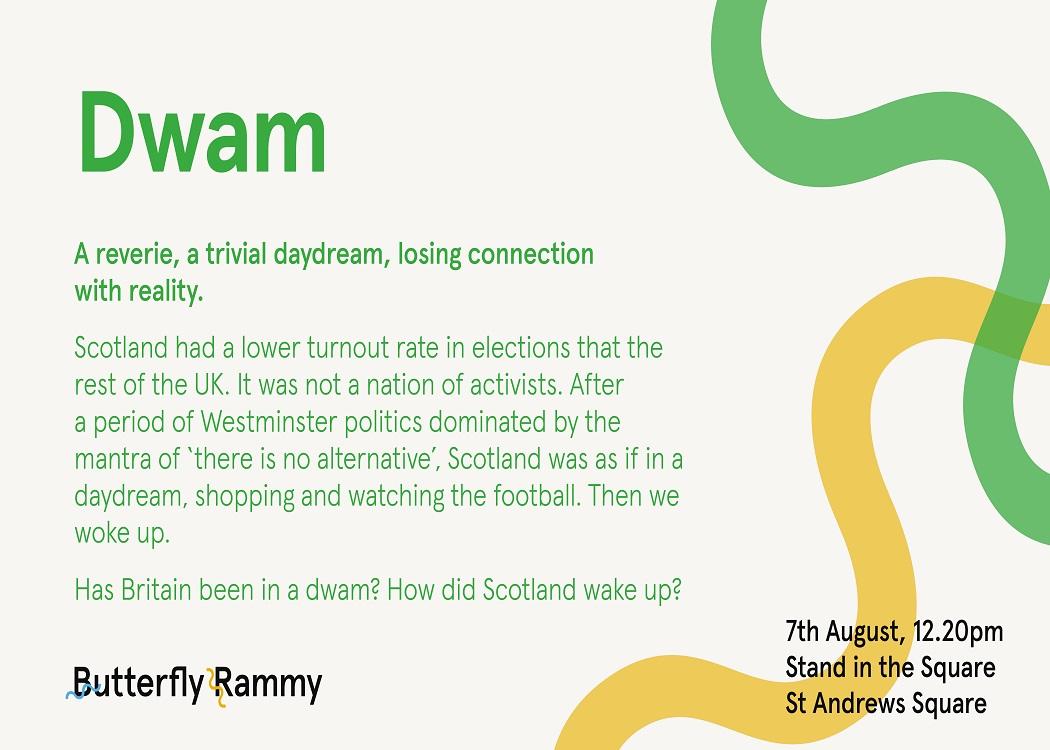 COMMON WEAL kicked off its Edinburgh Fringe Butterfly Rammy show on 7 August with ‘Dwam’, which explored whether Scotland and the UK have been in a political dwam and if so, whether recent events have been sufficient to rouse them from it.

The guests were Harry Giles, Karen Campbell and Angus Farquhar with music from Alasdair Roberts. Karen also did a reading of the short story that she wrote for the Dwam chapter of the Butterfly Rammy book.

But unfortunately the first of Alasdair’s songs was so exclusive that we’ve had to edit it out of the recording – sorry folks!

Find out more – including how to get tickets – about the upcoming shows here , and find out more here about the accompanying Butterfly Rammy book .