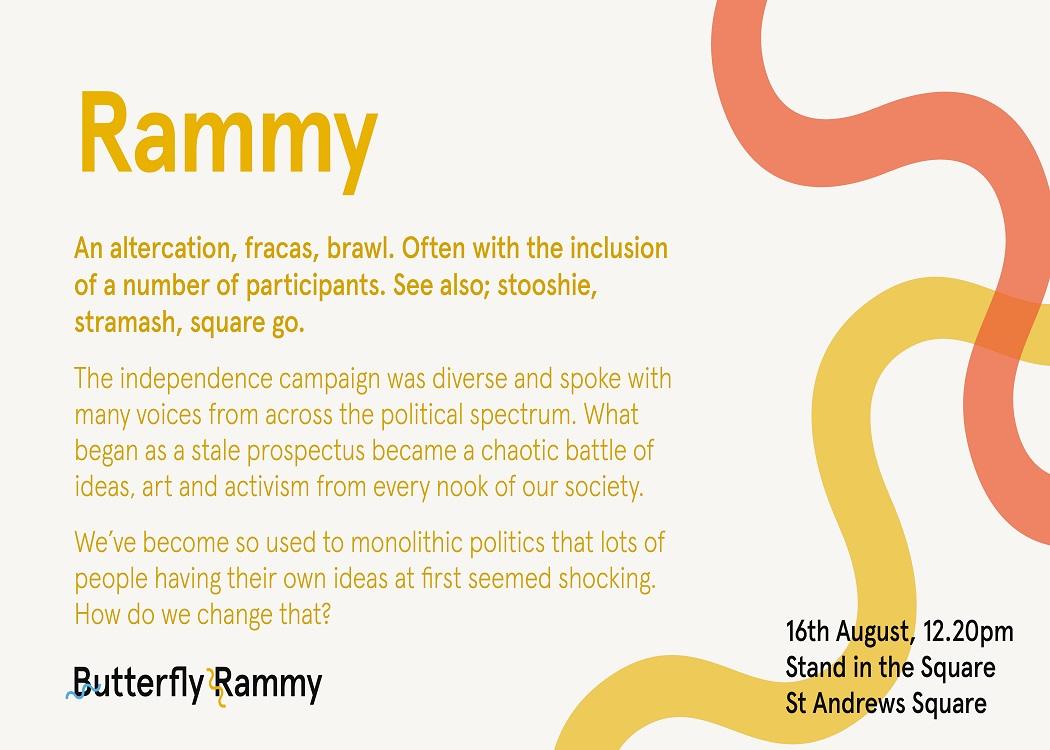 Politicians were keen to control the debate during the referendum in the style that has become common-place to them – but people’s indignance to the tenor of the No campaign saw this rejected.

The independence movement was so vibrant and spoke with so many different voices that it was impossible to contain it. The panel discussed whether this was likely to remain the case in Scotland and what some of the potential rammies of the near future might be, including land reform, food policy and the Labour party’s potential election of Jeremy Corbyn as leader.

The musical guest was Hannah Joy Kitchen from Edinburgh band Kite and the Crane, and Peter read from his humourous and thought provoking essay in the Butterfly Rammy book.