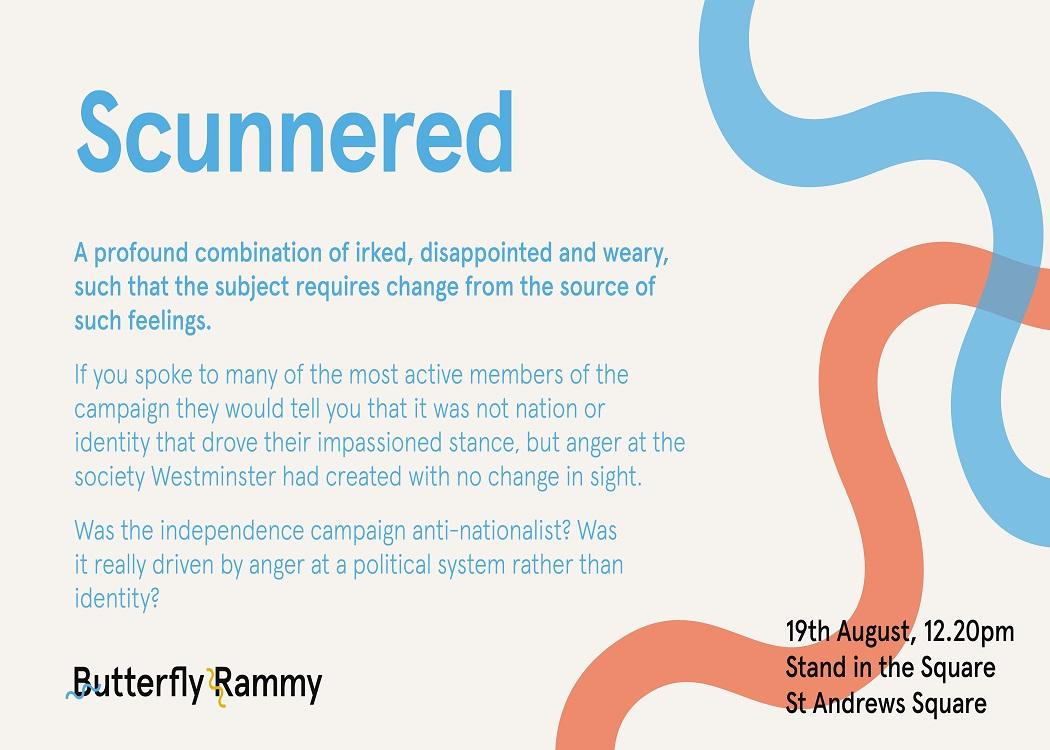 GUESTS were anything but Scunnered on 19 August at Common Weal’s Butterfly Rammy at the Edinburgh Fringe.

Guests discussed the role that nationalism might have played in the Yes movement and whether it was actually anger at the actions of the political and business establishment that drove so many to seek independence.

Peace campaigner Isobel Lindsay was a guest on the show alongside musician Leo Condie and Lynn Henderson, Scottish secretary for the PCS union.