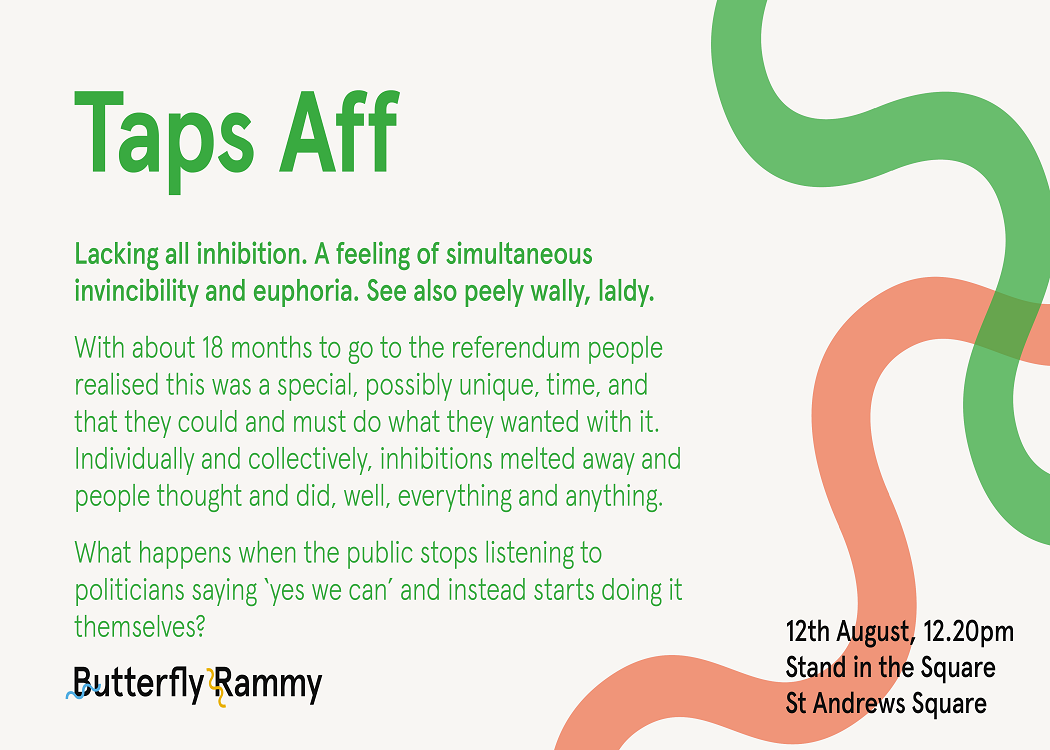 Listen to the latest from Butterfly Rammy on CommonSpace now

THE latest Butterfly Rammy instalment at the Edinburgh Fringe on 12 August was ‘Taps Aff’.

Both metaphorically, where we discussed whether the left should be taking advantage of the taps aff political climate in Scotland to push for more radical reform. And literally, where Tam sang Hamish Henderson’s Freedom Come All Ye bare chested!