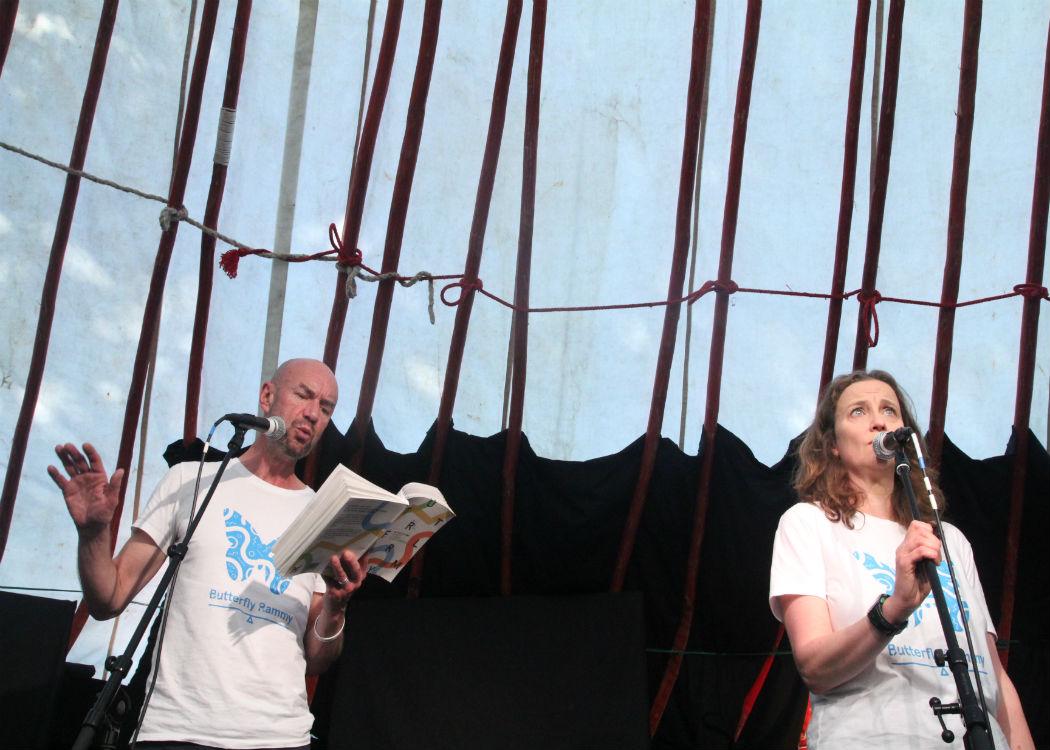 Climactic shows to offer free tickets to those excluded by price

The tickets, which are limited in number and intended for those who cannot easily afford the price of a ticket, can be acquired by emailing people@common.scot .

Butterfly Rammy is a series of 18 unique shows including spoken word, music and debate which have run for the duration of the Edinburgh festival exploring various themes from the Scottish independence referendum.

The shows have hosted over 50 artists and thinkers including biographer David Torrance, Gordon McIntyre of the band Ballboy, writer Lesley Riddoch, MP Anne McLaughlin and MSP John Finnie and are complemented by a book of artworks and writings.

The Thursday event will be the last chance to see the condensed show, an amalgam of themes and acts from the 18 shows performed by the hosts and musician Declan Welsh, and will be filmed for posterity. Sunday will be the final individually themed show, ‘Mind’, and will feature SNP MP Tommy Sheppard, former SSP MSP Frances Curran, journalist and campaigner Neal Lawson and musician Mike Hastings.

Many of the shows can be listened to on CommonSpace including “Coorie” featuring artist and comedian Chunky Mark, Scottish rapper Loki and activist Victoria Heaney.

Free tickets can be accquired by emailing people@common.scot