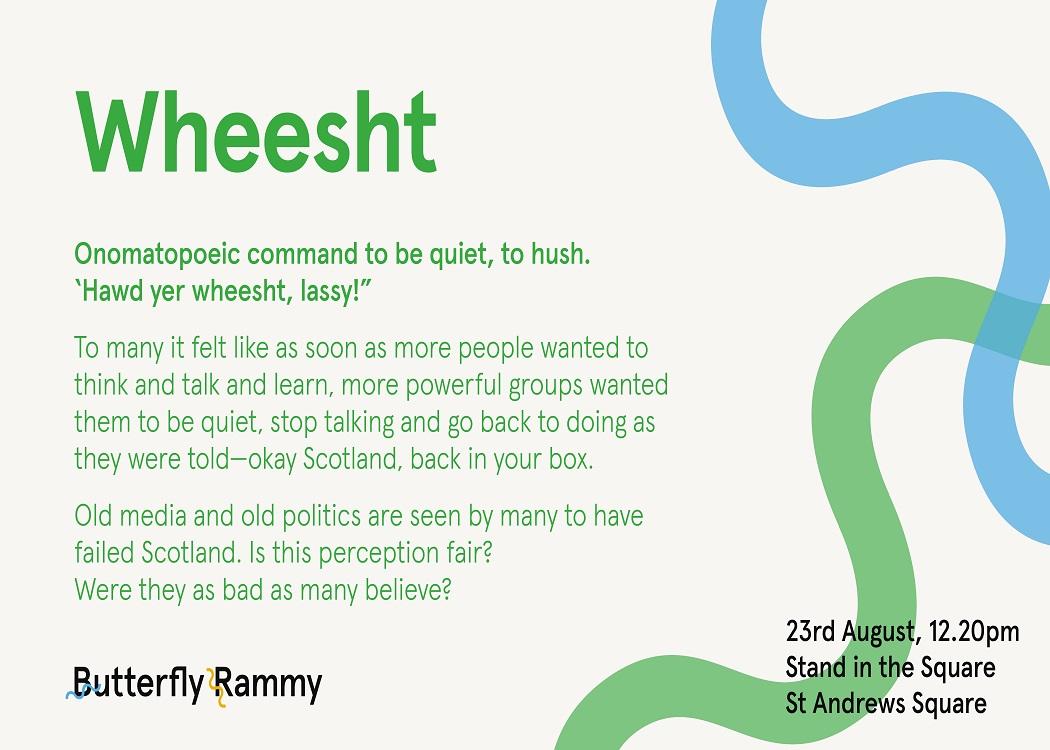 Listen to Butterfly Rammy on CommonSpace

THE theme for 23 August’s Butterfly Rammy show at the Edinburgh Fringe was Wheesht.

People were anything but silent during the referendum but this didn’t stop the establishment trying to put them ‘back in their box’. The show questioned whether old media and old politics have failed Scotland and, if so, how the majority can be convinced of of this fact.

Norfolk bred but Edinburgh based singer Caro Bridges provided the musical entertainment. The hosts Tam and Pauline attempted to perform Janice Galloway’s piece Wheesht from the Butterfly Rammy book but for the full impact it needs to be seen on the page.

Each Butterfly Rammy show was based around one Scots word that represents ‘Butterfly Rammy’ – the multiple and diverse thinking and activism that developed through the independence movement.

Find out more here about the accompanying Butterfly Rammy book .