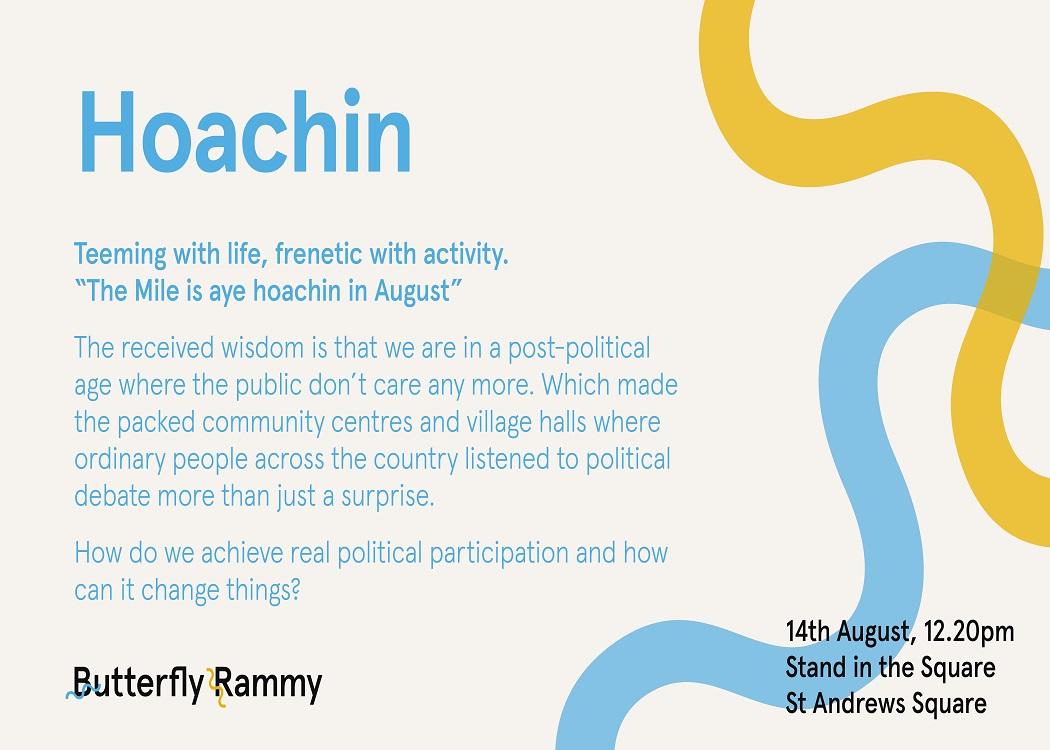 THE Butterfly Rammy show on 14 August was ‘Hoachin’.

Up for discussion was whether the enthusiasm that filled town halls across the country – and saw so many people self-organising – has dissipated almost a year on from the Scottish independence referendum vote.

Given that much of the energy has been channelled into membership of political parties, there was some uncertainty of whether this people’s movement could now be adequately represented by a political one.

Guests were cultural activist Susan Pettie, writer Leela Soma and musician Gav Prentice. As well as taking part in the discussion Gav also sang, including another of Hamish Henderson’s songs, and Leela read her story Hoachin from the Butterfly Rammy book.