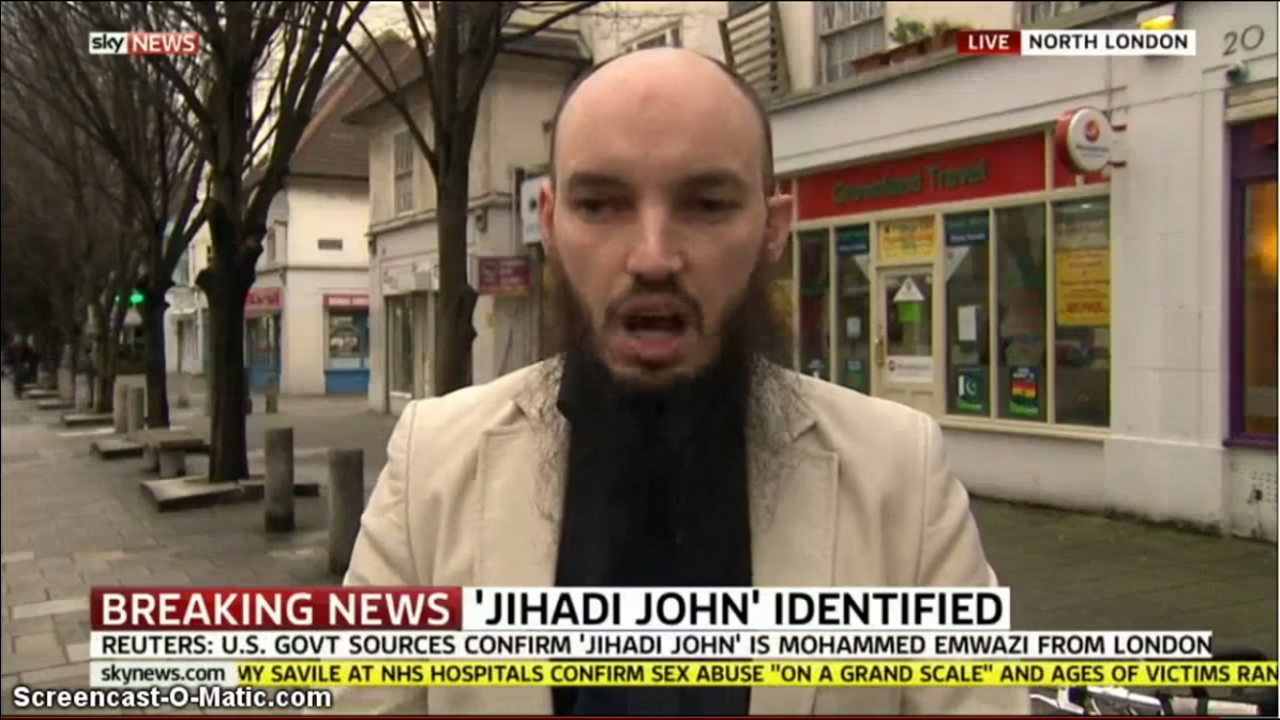 A REPRESENTATIVE for CAGE, an advocacy group for communities affected by the ‘war on terror’, stormed off a Sky News interview accusing presenter Kay Burley of ‘xenophobia’ and ‘islamophobia’.

Burley asked Bullivant “What level of harassment by security services in the United Kingdom justifies beheadings?”

He responded by saying that “nobody is apologising or trying to make an excuse” for Emwarzi’s alleged actions, but said it was important to look at the causes of radicalism.

Bullivant accused interviewer Burley of asking him ‘inherently xenophobic’ questions, to which Burley replied: ‘Nonsense, get over yourself.’

Earlier, CAGE had revealed they had previously been in contact with Emwarzi for a period of two years after he had approached them with complaints of harassment by UK security services over a long period of time.

It is claimed that MI5 stopped Emwarzi from travelling or getting a job and attempted to recruit him to the intelligence services.