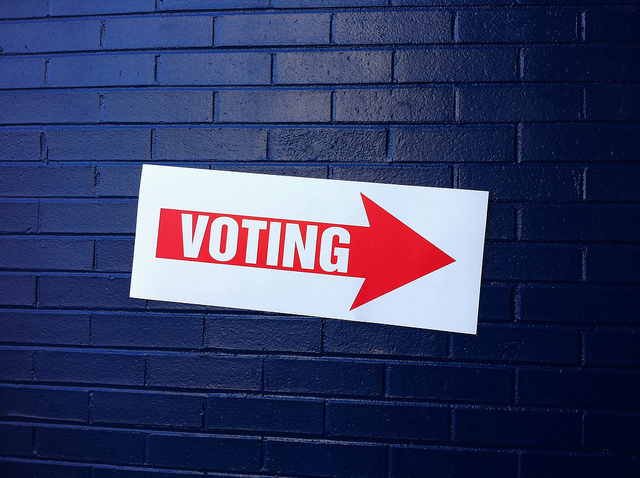 HERE we are on the precipice of great political change, the opportunity before us to exercise our right to tell those in power how we want to be governed, and above all, to recognise that democracy is at its purest and finest when it is closest to the people it affects. Yes, the local council elections are about to take place on 4 May. What else could I be talking about?

One downside to this whole #ScotRef business is that it’s left the six people in each Scottish council who actually care about local elections chasing after that shiny red light on the wall and flying headfirst into each other in the process.

(“Six people?” you say, “But that’s far less than the number of councillors in each area.” Yep, sounds about right.)

2012 was the first year since devolution that local elections were not held on the same day as the Scottish Parliament election, resulting in a drop from an already disappointing 52.8 per cent turnout to only 39.1 per cent.

I know the national political scene is all very exciting at the moment but, in spite and because of that fact, I sing out to you from the wiley, windy moors of local democracy and beseech you to let me in the bloody window. At least for the next four weeks. (Although it would be quite lovely if you didn’t shove all thoughts of local politics back out into the cold after that, either.)

Local elections have always attracted less interest and lower turnout than regional and national ones, although councils manage and make decisions (including budgetary ones) about many of the services which people rely upon on a daily basis.

There is nothing to suggest that 2017 will see a marked change in this, which seems a real shame given how much time many of us are devoting to considering the future of our country and how we can create a system where people are closer to power and where decision makers can be held more accountable. 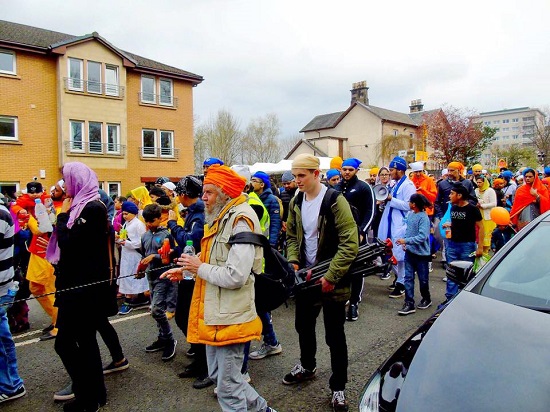 As you can see from the chart above, analysed and approved by Professor John Curtice (okay, maybe not), the turnout for the last council election was less than half the turnout of the independence referendum two years later.

2012 was the first year since devolution that local elections were not held on the same day as the Scottish Parliament election, resulting in a drop from an already disappointing 52.8 per cent turnout to only 39.1 per cent.

In fact, only four of 32 councils had a turnout of over 50 per cent- Shetland Islands, Western Isles, Orkney Islands, and Argyll and Bute – and those four returned independents as the largest group. In Glasgow, less than a third of the electorate voted.

Most people are well aware of the shadowy, usually loathsome concept of ‘the cooncil’, but many are far less sure of their own rights to influence it.

Seemingly, the only thing people care about less than who’s running their council is who’s running that parliament in Brussels which over a million of us voted to leave. Seriously, fun fact: 1,018,322 people in Scotland voted to leave the EU in 2016, while 1,343,483 voted in the European Parliament elections in 2014, in total. If only we could have a vote on whether to abolish councils, we might see turnout soar through the roof.

Most people are well aware of the shadowy, usually loathsome concept of ‘the cooncil’, but many are far less sure of their own rights to influence it. I’ve spoken to people – too many people – who are not even aware that there is an upcoming council election; I’ve even been met with confusion that councils are elected in the first place.

Given this staggering lack of awareness, any celebration on the part of political parties making gains during this election will seem somewhat misplaced. Of course, that’s assuming that those standing for local government are genuinely concerned with engaging their communities.

There has been an awful lot of talk since 2014 about how politically engaged Scotland has become. Perhaps the turnout figures following the upcoming election will shed some light on that notion.

Political engagement is a process, not a single act, but when this many people are unlikely to vote at all, we have a crisis of democracy on our hands.

There has been an awful lot of talk since 2014 about how politically engaged Scotland has become. Perhaps the turnout figures following the upcoming election will shed some light on that notion.

Even where people are aware of the local elections, there is a lack of understanding of exactly what councils and councillors do. This problem is sadly not helped by political parties attempting to cash in on referendum fever by using their council campaigns for posturing on constitutional debates, over which they will have no real control, elected or not.

When even the candidates standing for the council won’t talk about their vision for local government, there’s not much hope for the rest of us.

The fact remains that whatever happens in the coming years regarding Scotland’s future in the UK, the EU, or planet Earth (if space is good enough for Richard Branson, it’s good enough for Scotland), life in local communities will continue.

That life is happening right now, before your eyes, and within it features education, housing, health, social care, roads, business, libraries, leisure services, greenspace, and waste management. Each of these have a role in shaping our lives and our communities, fraught with inequality and minor inconvenience, and local government has a part to play in all of it.

Decisions will be made about these things whether we or anyone around us takes an interest in them or not, but for those of us who are politically aware, making sure people do take an interest should be an urgent priority.

Political engagement is a process, not a single act, but when this many people are unlikely to vote at all, we have a crisis of democracy on our hands.

There are a whole host of issues with local government in this country which require more radical reform that cannot be achieved by voting in this election. People do not feel connected to local government and they’re not wrong.

Scotland has significantly larger local authorities, with fewer elected representatives, than comparable European democracies. A job as a local councillor is not at all the same as a job as an MSP or MP, either in responsibility or remuneration — perhaps that should change if we intend to take local government seriously and to hold those who are elected accountable for councils’ performance.

These are conversations we should all, in our ‘politically engaged’ society, be having, and passionately. The very least we can do in the meantime is aim for an improved level of participation in the system we’ve got, and act like we actually care what councils are doing.

If you’ve found your way to CommonSpace and are still reading this article, it’s fair to assume you have at least a passing interest in politics, so if you’re not intending to vote next month, I’m afraid I have to curse you with a month of standing on upturned plugs.

But for those who are planning to vote, I ask that you go a step further and tell the other people in your life – you know, those occasionally animate objects you’re constantly annoying with your referendum chat – to vote, too.

There are a whole host of issues with local government in this country which require more radical reform that cannot be achieved by voting in this election. People do not feel connected to local government and they’re not wrong.

Try to get people as enthused and aggravated by the prospect of who they and everyone else on their timeline are going to vote for to head up their local council as they are about the constitutional question.

I live in hope of the day when politicians agonise over the impending destruction of happy marriages and good old fashioned politeness in the wake of divisive local elections. “Oh, must we really have another council election? How ever will I speak to my Auntie Janet at Sunday brunch?”

You might notice I have not mentioned a single political party in this article – even if I have made some unsubtle insinuations. That’s because I don’t (much) care who people vote for; at this point it’s the voting at all that counts.
(P.S. You’re definitely blocked on Facebook if you don’t agree with me.)

Oh, and don’t forget: your last day to register to vote is 17 April.