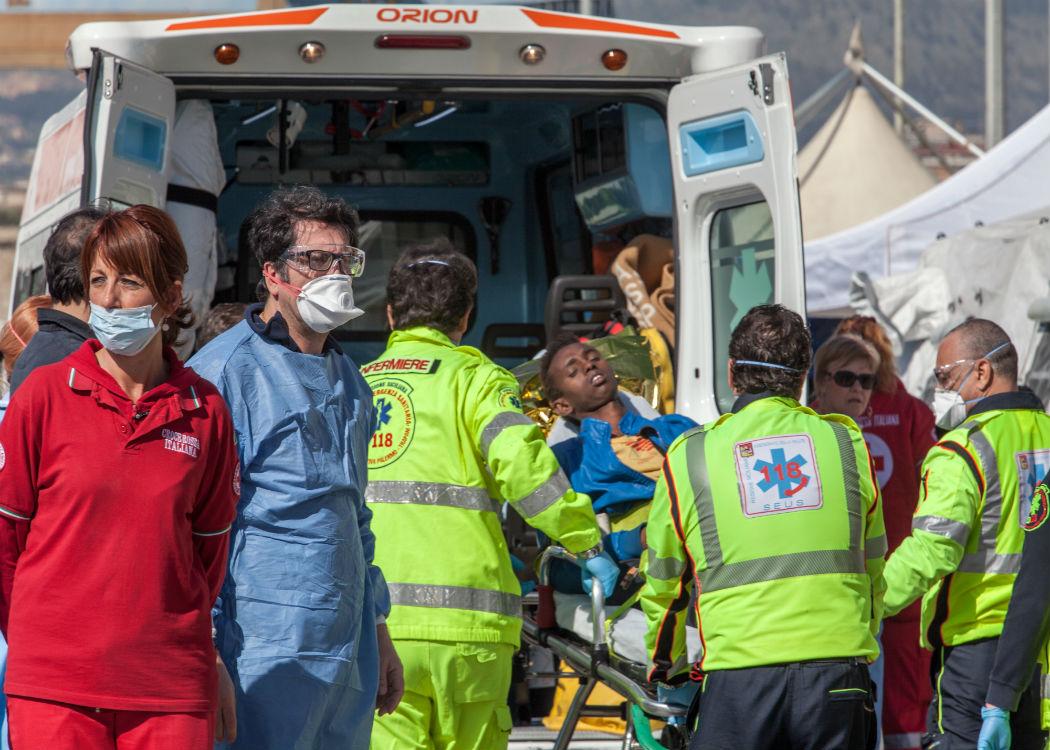 Number of shipwreck drownings 50 times as high as 2014

THE ITALIAN Prime Minister Matteo Renzi has called for an emergency summit to address the escalating crisis of migrants dying trying to reach Europe on boat from North Africa. Nine hundred and fifty migrants are suspected dead after the latest shipwreck 60 miles north of Libya in the early hours of Sunday morning.

The UN refugee agency, the UNHCR, said the latest sinking could amount to the largest loss of life during a migrant crossing to Europe. 400 people drowned in the same waters last week. The number this year would stand at 1,500 in total if confirmed, more than 50 times more than in 2014, which was itself a record year.

An Italian search and rescue mission that saved more than 100,000 migrants at sea in twelve months was discontinued last Autumn due to a row with the EU over funding and a rising anti-immigration sentiment. The EU replaced the Italian scheme with a weaker force and a reduced mandate, as it was widely considered that EU leaders did not want a scheme that could lead to more refugees reaching European shores.

Amnesty International has described the latest disaster as a “man-made tragedy” and Save the Children said it was “a direct result” of EU government’s policy.

He said governments need to “ensure the right to asylum of the growing number of people worldwide fleeing war who need refuge and safe haven.”

A rising number of refugees have been travelling West from war-torn countries like Syria, Afghanistan and Eritrea.

The prime minister of Malta, Joseph Muscat, had even stronger words than Moon, stating: “What is happening now is of epic proportions. If Europe, if the global community continues to turn a blind eye… we will all be judged in the same way that history has judged Europe when it turned a blind eye to the genocide of this century and last century.”

Governments in Southern Europe focused their response on the need to increase search and rescue operations in the Mediterranean, while those in Northern Europe, like Germany and Britain, focused on stopping the human trafficking smugglers who make significant sums of money from the refugees they transport to the Southern coast of Europe.

British foreign secretary Phillip Hammond said in response to the crisis: “We must target the traffickers who are responsible for so many people dying at sea and prevent their innocent victims from being tricked or forced into making these perilous journeys.”

The crisis will be discussed at a meeting of EU foreign ministers in Luxembourg on Monday, and EU President Donald Tusk has indicated an emergency summit could be on the cards.

Only 28 people have so far been rescued from the shipwreck, with the rescue mission continuing.