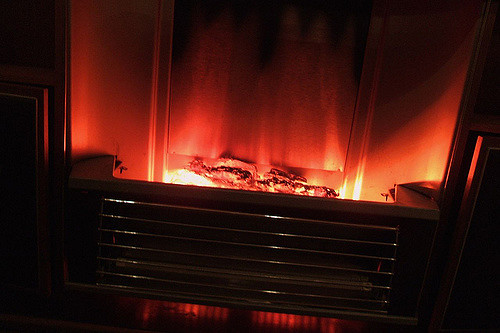 FUEL POVERTY IN SCOTTISH HOUSEHOLDS has dropped by four points and now stands at 26.5 per cent, according to new figures published on Tuesday in the Scottish House Condition Survey (SHCS).

However, environmentalists and housing authorities have urged the Scottish Government to take further action while it consults on proposals for a new fuel poverty strategy. The prior strategy failed in its target to end fuel poverty in Scotland by November 2016.

Speaking on behalf of the Scottish Federation of Housing Associations (SFHA), SFHA Head of Public Affairs Sarah Boyack said: “While we welcome the decrease in fuel poverty levels, they still remain unacceptably high.

“It is particularly concerning that the percentage of housing association households in fuel poverty is higher than the overall national average, despite their housing being the most energy efficient.

“The figures demonstrate that social landlords need more support to further improve the energy efficiency of their stock in order to help their tenants who are on lower incomes and therefore more vulnerable to fuel poverty.

“These latest figures should act as a wake-up call, with more than a quarter of households in Scotland still in fuel poverty. We are calling on the Scottish Government to increase its funding for fuel poverty schemes to support investment in home energy efficiency, micro-renewables, and energy advice for households struggling with fuel bills.

“These figures are timely as they come a week before the Scottish Government unveils its draft budget for 2018–19 and with a consultation open on a new Fuel Poverty Strategy for Scotland. The government must take this opportunity to ramp up investment to eliminate fuel poverty once and for all.”

“Most of the reduction is down to a fall in energy prices.” WWF Scotland Senior Climate and Energy Policy Officer Sarah Beattie-Smith

Sarah Beattie-Smith, Senior Climate and Energy Policy Officer at WWF Scotland, responded to the new figures with a similar sentiment: “Whilst the decline in the number of households living in fuel poverty is welcome news, at nearly 27 per cent of all homes, the level is still unacceptably high.

“Most of the reduction is down to a fall in energy prices. If the Scottish Government is serious about insulating people from the effects of volatile energy prices, it must increase investment in energy efficiency to at least £240m this year and use next year’s Warm Homes Bill to set ambitious new targets and milestones for a transformation of Scotland’s homes over the coming decades.

“Improvements in energy efficiency have already helped to cut home energy bills by nearly £300 on average over the last decade. Investment in making our homes and buildings more energy efficient is a crucial part of the fight against climate change and will create jobs across Scotland and improve health and wellbeing.”

“We have continually called for the UK Government to do more in response to high energy prices.” Scottish Housing Minister Kevin Stewart

Scottish Housing Minister Kevin Stewart said: “The figures published today indicate almost 100,000 fewer households were in fuel poverty in 2016 compared to 2015. Almost two thirds of this reduction can be attributed to the lower price of domestic fuels during that time which is why we have continually called for the UK Government to do more in response to high energy prices.

“While this is obviously welcome news we will continue to take action across government to reduce fuel poverty in Scotland which is why we currently have a consultation on a new fuel poverty strategy – including setting new statutory targets and a revised definition of fuel poverty that will place a greater emphasis on households with lower incomes and high housing and fuel costs.”