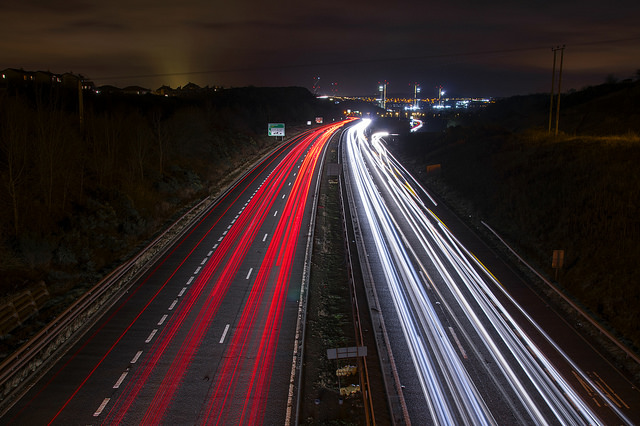 TRANSFORM SCOTLAND, Scotland’s alliance for sustainable transport, have called for average speed cameras on all the nation’s trunk roads, following the release of figures from Transport Scotland demonstrating the camera’s success in curbing dangerous driving on the A90.

The cameras were installed in October 2017 on the route between Dundee and Stonehaven, and Transport Scotland speed surveys conducted in December show that since the installation, only one in 100 vehicles broke the speed limit, whereas prior to the cameras’ introduction three in every five cars were doing so.

There surveys also showed that during the period assessed, only one in every 5,000 vehicles was found to be speeding at more than 10 miles per hour over the legal limit, whereas before it was one out of every five.

“Given the success of the schemes on the A90 and the A9, there’s a clear case for the Scottish Government to extend average speed cameras to all trunk roads across the country.” Transform Scotland spokesperson Jamie Wylie

Commenting on the new findings, Transform Scotland spokesperson Jamie Wylie said: “It’s very encouraging to see such a significant reduction in dangerous driving on the A90. The average speed cameras have clearly made a huge difference and are helping to change driver behaviour and are keeping people safe.

“Given the success of the schemes on the A90 and the A9, there’s a clear case for the Scottish Government to extend average speed cameras to all trunk roads across the country. Doing so would save many lives and ensure that everyone acts within the law on the roads. If rail services are subject to strict speed limits, road users should be too.”

“I’m confident that this encouraging improvement in speed limit compliance along the length of the A90 will help to reduce casualties in the same way as has been achieved with similar average speed cameras on the A77 and A9.”

Yousaf continued: “While the previous strategy of fixed cameras and mobile enforcement saw casualties reduce at a number of camera locations across the route, the £2m investment in average speed cameras on the A90 have had a significant positive impact over the 51.5 mile stretch of the A90 in a very short period.

“The Scottish Government is committed, through Scotland’s Road Safety Framework to 2020, to achieving safer road travel, reducing the number of serious injuries and working towards an ultimate vision of zero fatalities on our roads.

“This is another step towards achieving our ambitious vision.”