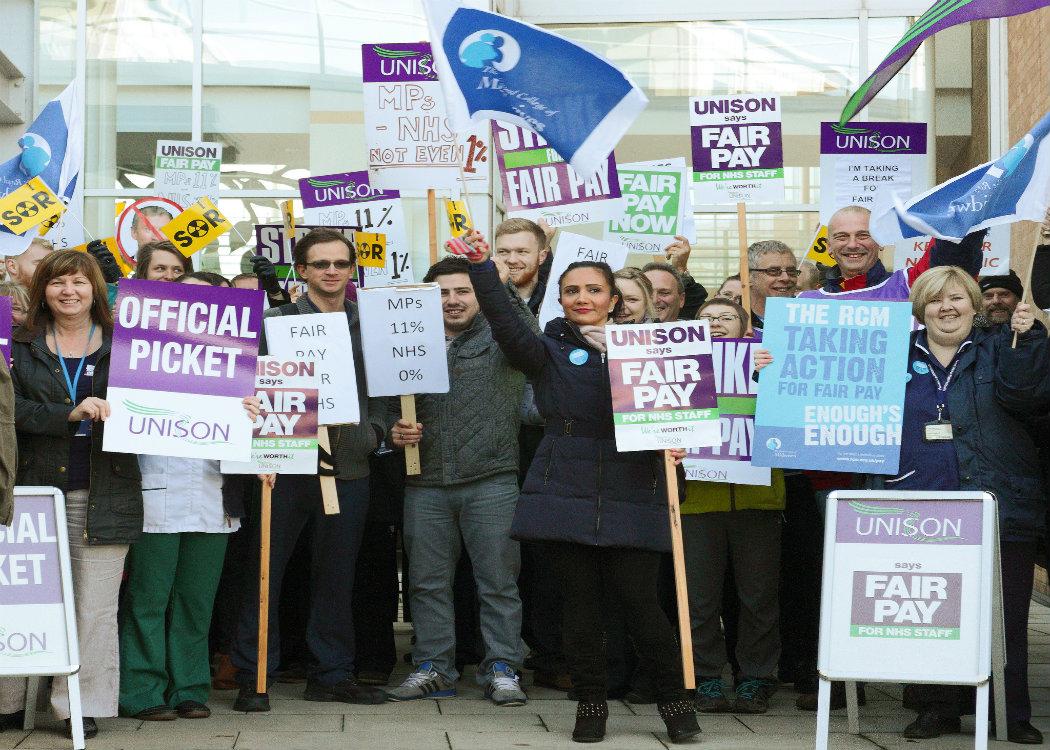 WORKERS and councils are pushing for Scotland to reject Conservative attempts to undermine trade union rights by refusing to comply with Westminster legislation.

On Sunday [13 September] Mark Serwotka, the general secretary of the Public and Commercial Services Union, called on the Scottish Government to refuse to implement the bill.

Now Labour-controlled councils – led by Glasgow – are expected to continue checking off union subscriptions from wages and supporting facility time, which ensures efficient representation of employee concerns to management bodies.

Leading trade unionists at the Trade Union Congress, including Paul Kenny of GMB, have said they are willing to go to jail to oppose the legislation, which is described as an attack on civil liberties and workers’ rights.

Lynn Henderson, PCS Scottish secretary, previous said : “Our expectation is that a government which has a fair work agenda should stand shoulder-to-shoulder with workers across Scotland and refuse to implement any arrangements to end check-off arrangements or attacks on facility time.”

The Scottish Government and SNP parliamentary group is strongly opposed to the legislation. However, it is unclear whether legislative consent would be refused at Holyrood.

Yesterday [Monday 14 September] Sajid Javid, Conservative secretary for business, innovation and skills, outlined his justification for the bill – claiming that the moves would “modernise” worker relationships.

Javid faced criticism from both Labour and the SNP. Chris Stephens MP argued trade unions provide economic, social and political benefits through their work and campaigns.

Stephens said: “Collective bargaining should be encouraged across the board because it leads to higher wages.”

For Labour, Angela Eagle MP described the bill as “an attack on democracy and a sinister attack on freedoms”.

Conservative MP David Davis went as far as to compare the proposals to the fascist policies of General Franco in Spain.

Despite the vocal opposition, the UK Government won the vote in parliament by 317 to 284.

Employment law remains a reserved matter to the Westminster parliament after the Labour Party opposed its devolution during the Smith Commission negotiations.

Labour wants the Scottish Government to “retain the option of a legislative consent motion” to oppose the legislation.

SNP leader at Westminster Angus Robertson, commenting after meetings with the Scottish Trades Union Congress, said: “The SNP are determined to stand up for social justice and progressive policies in this parliament for the whole of the UK. We will do everything we can to oppose the Tory’s Trade Union Bill and to ensure that the role of trade unions is not diminished.”

The bill will face further parliamentary debates in the months ahead.