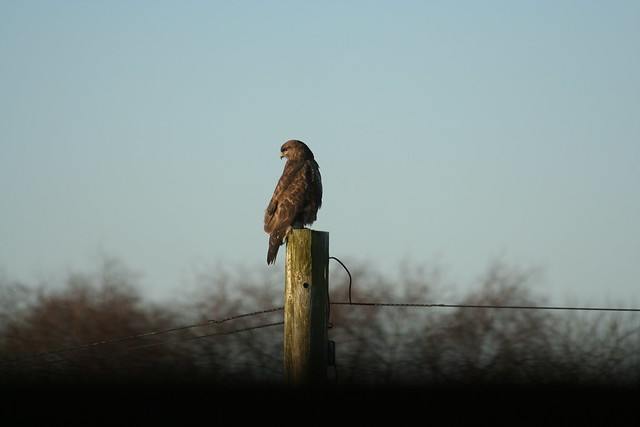 The Revive coalition argues the case of Alan Wilson, who avoided a custodial sentence for the illegal killing of wildlife, “highlights significant failings in the justice system”

STRICTER legal penalties should be imposed on those guilty of wildlife crime, the Revive coalition has argued, following controversy over the sentencing of a Scottish gamekeeper found guilty of the multiple-killing of protected mammals and birds of prey.

Commenting on the case of Alan Wilson – a former member of the Scottish Gamekeepers Association who in July plead guilty to the shooting and trapping buzzards, goshawks, badgers and an otter, and who avoided a jail sentence thanks to Scottish ministers’ recent decision to introduce a presumption against jailing offenders receiving sentences of less than 12 months – Revive’s campaign manager Max Wiszniewski joined with other organisations calling for a re-examination of the law.

Speaking to CommonSpace, Wiszniewski said: “Alan Wilson committed a catalogue of serious wildlife crimes which were perpetrated for the simple reason of maximising game bird stocks to be shot for entertainment on the Longformacus Estate and for this we are glad he has been brought to justice.

“However, the fact he has avoided a custodial sentence highlights significant failings in the justice system. We absolutely support the League Against Cruel Sports (LACS) and the Scottish SPCA in calls for stricter penalties for wildlife crime to avoid criminals like Mr Wilson avoiding jail in the future.”

Wilson’s estate was raided by Police Scotland in June of 2017 with the aid of the Scottish Society for the Prevention of Cruelty to Animals and the Royal Society for the Protection of Birds, after LACS investigators discovered what they described as a “stink pit”, in which animal carcasses were dumped in order to attract birds of prey and other carnivores. The pit was found to be surrounded by snares.

Police subsequently discovered snare tags, birds of prey decoys, gin traps and an electronic device that broadcast bird calls on the estate, as well as a captive owl. According to the Guardian newspaper, wildlife crime investigators and conservation experts were “astonished” by the scale of Wilson’s crimes.

David Anderson, a wildlife conservation expert who assisted in the police operation, said in a report for Wilson’s prosecution: “In 40 years working in wildlife management, I have never seen so many protected species dead in such a small area.”

Speaking in Jedburgh sheriff court, Sheriff Peter Paterson said crimes such as Wilson’s would normally deserve a prison sentence. However, due to the Wildlife and Countryside Act only allowing sentences of up to six months, this was not possible due to the presumption introduced by the Scottish Government against shorter sentences.

Paterson said: “It highlights the difficulties with the legislation.

“If it wasn’t for this provision [on short-term sentences] then in my view a custodial sentence would have been appropriate.”

Wilson – whose solicitor told the court that Wilson’s 80-year-old wife has dementia and requires round-the-clock care – was ordered to carry out 225 hours of unpaid work, as well as receiving a night-time curfew for 10 months and having all of his firearms and gamekeeper equipment confiscated.

Mark Rafferty, the head of investigations with the Scottish Society for the Prevention of Cruelty to Animals (SSPCA), and Robbie Marsland, the director of the League Against Cruel Sports (LACS), argued that the sentencing reinforced the need for harsher penalties for wildlife crime.

Marsland commented: “What we’ve seen today is the total confusion about Scottish law on wildlife crime. The act needs to be strengthened.”

Rafferty added: “I’m sure if stronger penalties had been available to the sheriff, we would have seen a different outcome today.”

The Scottish Government has previously indicated that it wishes to increase the maximum prison sentence in wildlife crime cases to five years, with unlimited fines.