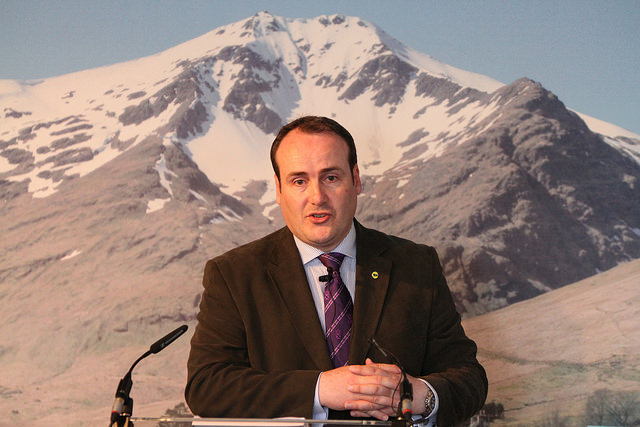 THREE HUNDRED YEARS after the birth of James Lind and the physician’s thirst for experimentation is experiencing a drought in his homeland.

The famous Edinburgh doctor didn’t just cure scurvy, he conducted the first clinical trial to prove his theory on vitamin C. His reliance on scientific analysis contrasts sharply with the fake science being deployed by the Scottish Government against fracking.

In October last year, the Scottish Government published an economic impact assessment on fracking. Where Dr Lind used scientific trials to prove his point, our government commissioned economic waffle to hide a fundamental truth: given Scotland’s unique geology and regulatory framework, it’s impossible to evaluate the pros and cons of fracking without physically drilling a test well.

Given Scotland’s unique geology and regulatory framework, it’s impossible to evaluate the pros and cons of fracking without physically drilling a test well.

Consequently, the moratorium on fracking, launched two years ago, has become the world cup of can-kicking; cover for a government riven with indecision.

Imagine if the Scottish energy minister had used an economist to uncover the facts about scurvy? £5,000 per day consultants, fresh from giving the bust banks a clean bill of health, would be wheeled in.

They would immediately cover their backs by stating scurvy “recovery estimations are not currently possible without further testing”; then they’d ignore their own testing conclusion, continue to bill, and build an economic model based on sand.

Their medical model would be a master class in equivocation: it would be open to every interpretation and it would please everyone, but ultimately it would hide the cure for scurvy. 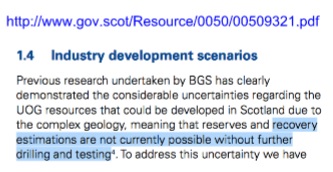 A genuine attempt to assess the economic merits of fracking would examine in detail the jobs generated from: cheaper raw petrochemical materials; increased consumer spending through cheaper energy bills; increased government spending though lower energy subsidies; more stable energy prices; currency stability through improved balance of payments; establishment of free ports to use the petrochemical materials on the Forth and Clyde; and fostering a pro-industry culture. Regrettably, this was all missing from the Scottish Government’s economic assessment.

What happens when the UK enters a free trade agreement with the USA where energy costs are half the Scottish rate? Could we still compete if we don’t use the gas under our feet?

The same Scottish companies face an increasingly fragile energy supply, dependent on two nuclear reactors for base load. Both Hunterston and Torness are scheduled for closure within the next 13 years, placing a question mark over their reliability.

Scotland may soon discover that becoming a net energy importer places our country in a very weak bargaining position with Westminster. Incredibly, the new ‘Action Plan for Scottish Manufacturing’ makes no mention of cost or reliability of energy supply. Who writes this guff and, more worryingly, who believes it? https://www.scottish-enterprise.com/knowledge-hub/articles/insight/scotlands-manufacturing-action-plan

Fracking is a new industry and the Scottish Government could follow the Norwegian model and take a 50 per cent ownership stake in every production licence, thus guaranteeing a more equal distribution of profit than our country ever received from the North Sea.

The EEC denied Scots the full benefit of North Sea oil by forcing its sale into a European market, hence our oil could not be used to subsidise the Scottish manufacturing industry or eradicate fuel poverty. Not so now; Brexit means cheap/reliable energy could re-industrialise Scotland and bring life back into our communities deprived of jobs.

And it need not only be Ineos which benefits from fracking in Scotland. This is a new industry and the Scottish Government could follow the Norwegian model and take a 50 per cent ownership stake in every production licence, thus guaranteeing a more equal distribution of profit than our country ever received from the North Sea.

So why doesn’t the Scottish Government follow the scientific approach laid down by Dr Lind and experiment with fracking? Last week, Scottish Energy Minister Paul Wheelhouse indicated that he would ignore all scientific evidence on fracking and simply “respect the will of parliament” in reaching his conclusion.

Enter ‘Paul precautionary Wheelhouse’ into Google and you will uncover an energy minister under the spell of greencraft. His anti-science ‘precautionary’ principle precludes testing and experimentation: this amounts to superstition-driven decision making.

Scottish energy policy is failing Scottish industry. To survive, companies like Ineos must beg the US for gas that’s already here. This fracked gas is shipped across the Atlantic at huge expense to keep the petrochemical plant open.

Wheelhouse must explain to the Grangemouth workers how this is economically, morally, environmentally or scientifically justifiable.

Calum Miller, is a contributor to YesThink.scot