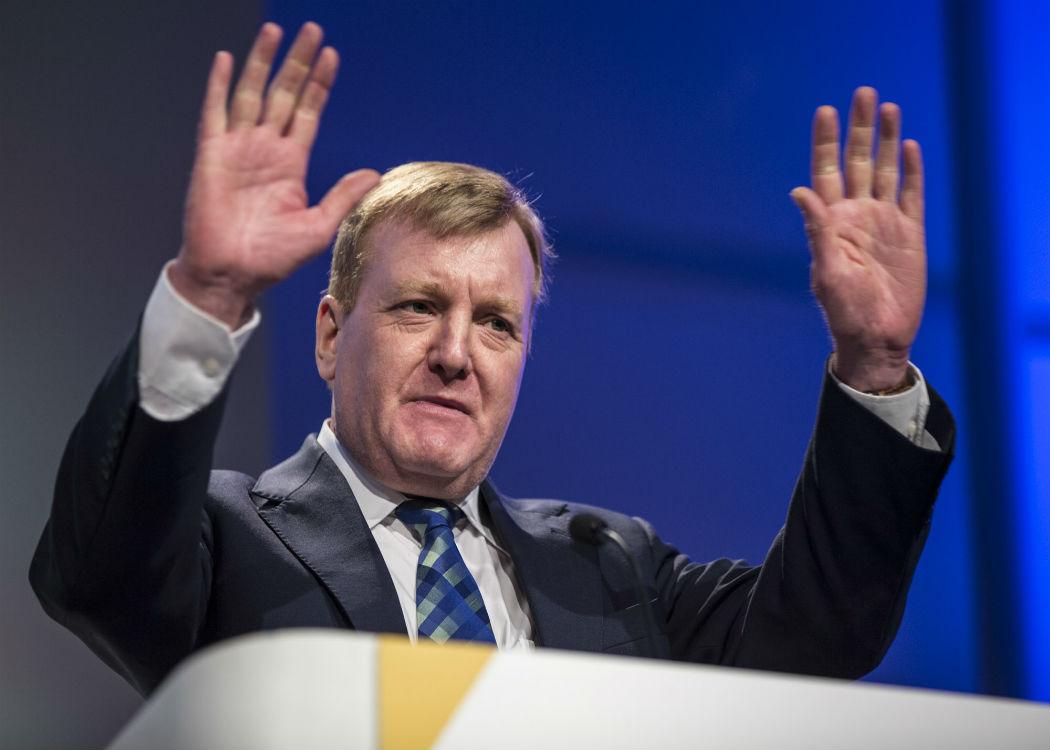 AN article on Sunday morning in the Daily Mail claiming that Charles Kennedy had been ‘hounded by an SNP hate mob’ was to be expected.

Indeed, in the days since the tragic death of the former LibDem leader, I was surprised that links between the success of the SNP in Kennedy’s former seat and his untimely death soon after had not been made sooner. Media operations like the Daily Mail and the Daily Telegraph have no interest in seeing the continued success of a party which stands in direct opposition to the extreme Tory rhetoric they espouse.

In that respect, there was no surprise to the content of the article, claiming that SNP ‘cybernats’ had carried out a campaign of harsh animosity against the much loved politician, making jibes in particular at the alcoholism Kennedy struggled with for so much of his life.

To make it clear, it is my opinion that this is gutter journalism. It is using the death of a superbly talented and popular man in order to have a cheap dig at a political movement and political party which has shaken certain elements of the political establishment to its core.

“The article does, however, regardless of its obvious bias, raise an uncomfortable truth with which many members of the SNP are at times ashamed of – that of the unrelenting, shameful abuse spat by some of our members”

The Daily Mail has, of course, got history when it comes to such rancid journalistic endeavors, and as such it is easy to dismiss this latest piece of opportunistic stirring as not being worth the paper it was written on.

The article does, however, regardless of its obvious bias, raise an uncomfortable truth with which many members of the SNP are at times ashamed of – that of the unrelenting, shameful abuse spat by some of our members.

As a member of the SNP, I am proud of the stance the party has taken on most issues. Since securing 56 MPs at Westminster, we have already raised the issue of the plight of migrants in the Mediterranean, highlighted the outdated nature of House of Commons procedure and shown our distaste for the socially criminal austerity obsession. This is what the SNP, to me and to thousands of others, stand for. Not hatred, not aggravation, not abuse.

Despite a vast majority of members adhering to a level-headed, well-meaning and convivial level of debate, both online and in person, there is a small minority who obviously can’t behave themselves. Much in the same way as idiots from other parties have called, for example, for Alex Salmond to be killed, some members of the SNP have made highly personal, offensive remarks online to celebrity and political personalities in the last few years.

I, like many in the pro-independence pro-SNP movement, wince when I see such comments. I get embarrassed. I am not surprised that some may doubt the credibility of a movement which can have such hateful messages attached to it.

It is therefore the job of the rest of the SNP membership and the hierarchy within the party to call individuals out on such behavior. A slap on the wrists to begin with and a boot up the arse if warnings are not heeded.

If a cybernat SNP member says something which the party would want to distance itself from, it should be called out. Not necessarily publicly, but a warning system should be in place whereby repeat offenders, those making violent, intimidating or sexually aggressive comments online, should either be told that they should not do it again, or should be removed from the party. Policing this will be almost impossible, granted, but in extreme cases, Nicola Sturgeon and other senior members of the party must be seen to be taking action on this issue.

The SNP now has so many members that it will be very, very difficult to control them. People will say nasty things as they always have. To insinuate that this issue has arisen because of the SNP or the referendum is ridiculous. It is down to the internet, and it is a result of a great number of people (especially those who are of a slightly more vintage generation) not being accustomed to social media etiquette. These hate-filled extremists held opinions before 2014, but they were usually expressed in a pub or a workplace. Now everything is public.

“We never invented the politics of division, but with a growing membership and increasing political influence, we certainly have the chance to get the ball rolling on ending it”

Every party has horrible members, those who drag the name of the whole movement down with their bitterness. The SNP, however, is in the media spotlight more than others. Whether this is fair or not is irrelevant. As a party, it is down to us to control the message that is being communicated about the kind of people we are and the kind of people we represent.

If we can take the initiative in driving out those who shame us, it can stand us in good stead for continued success at the ballot box in 2016 and beyond. If not, we will continue to be seen as the party of equality by some and the party of hatred by others.

We never invented the politics of division, but with a growing membership and increasing political influence, we certainly have the chance to get the ball rolling on ending it. If we don’t take that chance from the top-down, we could live to regret it.