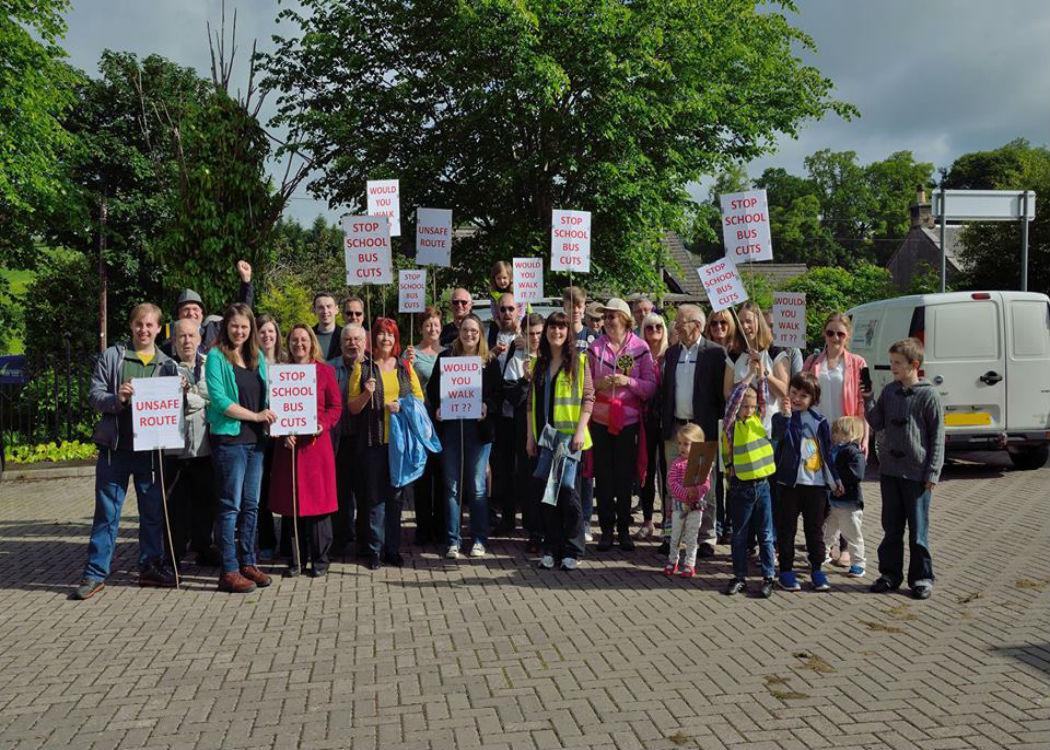 Residents of South Lanarkshire have launched a campaign against plans by local councillors to increase the distance of bus routes from two miles to three, meaning a cut in the bus service.

Local parents have launched a campaign in response to the cuts, which they claim amount to a breach of the rights of the child as established by the UN convention on human rights.

Students at Lanark Grammar as well as Carluke, Biggar and Lesmahagow high schools may have to walk for longer distances to and from school. Parents have complained that this violates the United Nations Convention on the Rights of the Child (UNCRC).

Local parent and campaigner Julia Marrs told CommonSpace that she was moved to launch the campaign: “Realising the hardship this proposal would cause to families, often hard pressed with low incomes in the area.”

She believes the council may be in contravention of articles 3 and 12 of the UNCRC and has received legal advice fromScottish Commissioner for Children and Young People Tam Baillie.

He told her that the council may be in breach of article 12: “The Commissioner’s office was fantastic and supplied a lot of information suggesting that Article 12 of the UNCRC was potentially contravened, backed up by comments made to SLC [South Lanarkshire Council] by Education Scotland in SLC’s own consultation document.”

Article 12 stipulates that children have a right to have their opinions heard and taken into due consideration.

Marrs’ campaign has launched a petition against the proposed changes and held a demonstration along one of the routes children may have to walk to school. The campaign also plans to attend the council meeting where the cuts will be voted upon on 26 August 2015.

Commonspace has contacted councillor John McAvoy asking for a comment but he has not responded.

Quoted in The Scotsman council executive director of education resources Jim Gilhooly said: “The council is of the view that the consultation was undertaken in line with statutory requirements.A letter was received from Mrs Marrs and she can expect to receive a full response.”