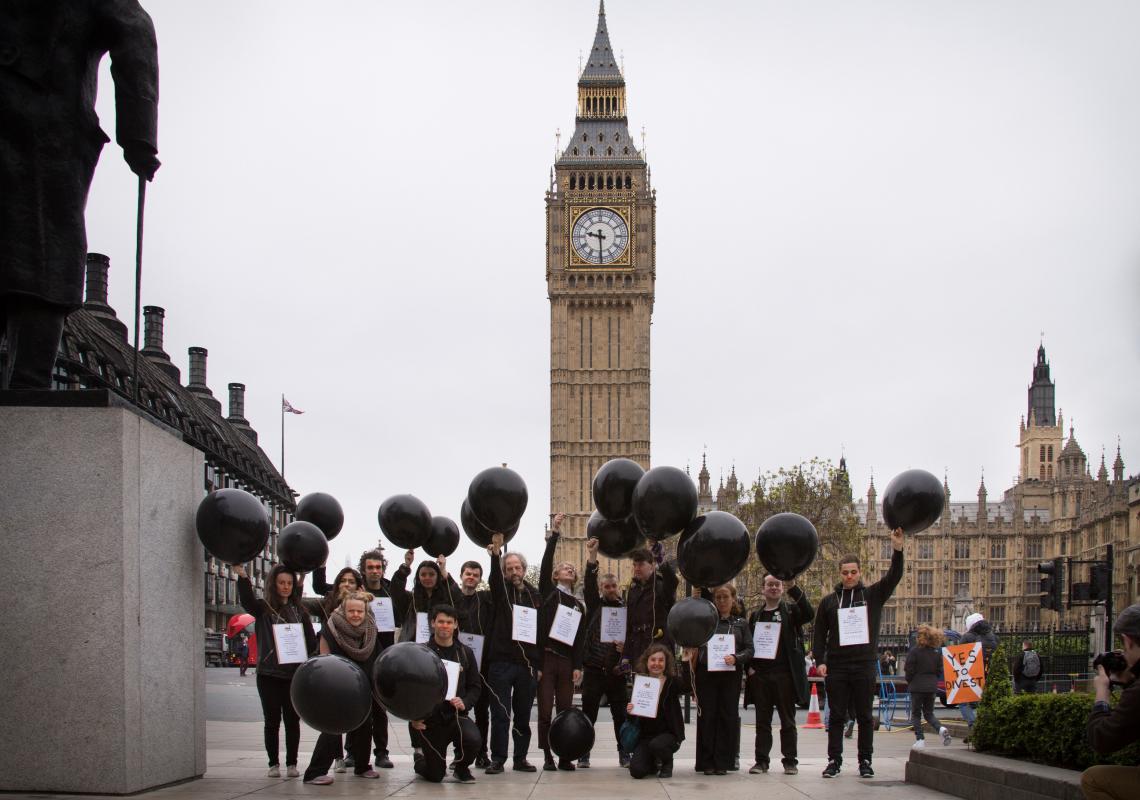 SNP WESTMINSTER LEADER IAN BLACKFORD and Labour leader Jeremy Corbyn have joined over 100 MPs and former MPs in campaigning for an end to investment from Westminster’s pension fund in fossil fuels.

Announced ahead of the One Planet summit on 12 December in Paris, at which Prime Minister Theresa May will number amongst the 50 reported world leaders invited by French President Emmanuel Macron to discuss international efforts on climate change, the Divest Parliament campaign aims to cease any investment from the £612m Parliamentary Contributory Pension Fund in oil, coal and gas companies.

The fund, which to date has refused to make public a full list of its investments, is believed by the Divest Parliament campaign to invest millions of pounds from MPs’ pensions in concerns relating to the fossil fuel industry, including £5.6m in BP and £4.9m in Shell.

“We have already exceeded our world-leading climate change goals and our renewable energy targets too, but we must remain ambitious.” SNP MP Ian Blackford

The pledge which Blackford and Corbyn have now signed calls for further action to combat climate change, and “phasing out fossil fuel investments over an appropriate time-scale”. It has been signed by current and former parliamentarians from the SNP, Labour Party, Conservative Party, Liberal Democrats, Green Party, Plaid Cymru and SDP.

Commenting on the campaign, Blackford said: ‘’I want Scotland to continue to build a prosperous, low-carbon economy.

“We have already exceeded our world-leading climate change goals and our renewable energy targets too, but we must remain ambitious for the future and can always go further. It is important that our investment decisions support this ambition.”

Jeremy Corbyn also commented: “Two years on from the historic Paris Agreement, our country must show leadership in confronting the existential threat posed by climate change.

“One contribution we can make as MPs is to end the investment from our pension fund in fossil fuel industries, which is why I have signed the pledge. To help protect our planet, we must wean our economy off its fossil fuel dependence and do more to move towards clean and renewable energy.”

Patrick Killoran from the Divest Parliament campaign said: “Like the rest of my generation, I’m deeply concerned about the impacts of climate change here and around the world. It’s great to see MPs listening to their constituents and showing political leadership on climate action.

“We urgently need to cut our emissions – but this change won’t happen if our leaders continue to bet their pension on companies who will lose out if we go green.” Friends of the Earth Scotland campaigner Ric Lander

“Investing in companies such as BP and Shell, who continue to dig for more fossil fuels and lobby against climate policy to line executives’ pockets, is dangerous and wrong. I hope more MPs will join those committing to Divest Parliament today, and prioritise concrete action to build a clean, fair energy system for all.”

“We urgently need to cut our emissions – but this change won’t happen if our leaders continue to bet their pension on companies who will lose out if we go green. That’s why it’s so encouraging to see senior MPs calling for their pension fund to take climate change seriously by going fossil free.”

At the time of writing, nine Scottish MPs – seven from the SNP and two from Labour – have signed the Divest Parliament pledge.