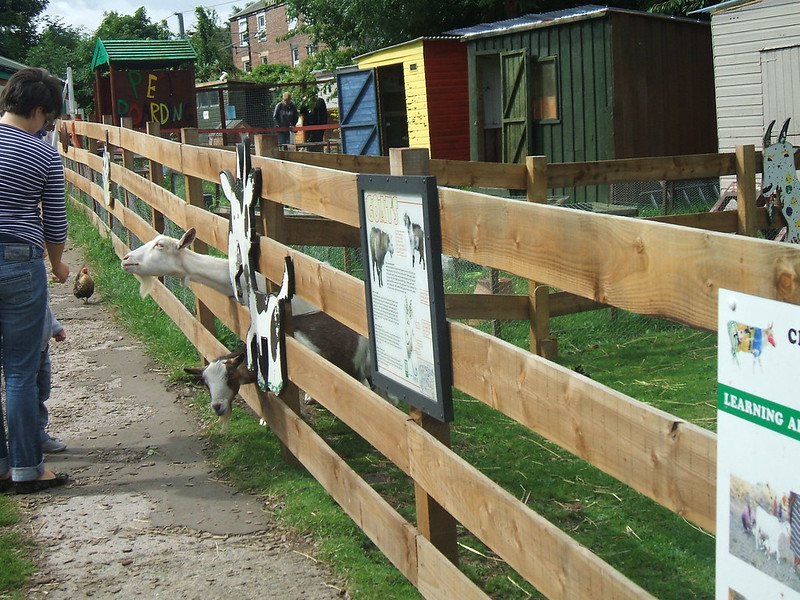 EFFORTS to save Gorgie City Farm, the Edinburgh institution which has faced an uncertain future following its liquidation earlier this month, are nearing their target of £100,000 following overwhelming support and a cash commitment from Edinburgh City Council.

Gorgie City Farm, which has played host to a variety of farm animals for over four decades and attracted 200,000 visitors per year, went into liquidation on 1 November, resulting in the sudden and unexpected loss of 18 jobs.

Since then, efforts have been made by the farm’s former employees to secure a future for the site, with a crowdfunding campaign that has received an overwhelming response.

This past week, hopes that the farm’s work may be continued were renewed by the anonymous donation of £20,000 from a mystery benefactor, and a commitment from Edinburgh City Council to put £27,303 towards the farm’s future. Combined with prior fundraising efforts, this puts the campaign less than £5,000 away from its £100,000 goal.

Last week, Edinburgh councillors agreed to commit a major contribution following a motion from Green Cllr Gavin Corbett, in recognition of the “cherished” farm’s status as a “landmark in the city for over 40 years”.

Corbett commented that the weeks since Gorgie City Farm’s liquidation had demonstrated “what an asset Gorgie Farm has been and will be.”

“We don’t just want to create another volunteer organisation. We want to look at what made the farm so special and try to recreate that.” Edinburgh Labour ward Cllr Donald Wilson

The financial commitment will be due in January next year, as part of its annual £109,214 grant funding. Council leader Cllr Adam McVey commented: “This gives us the time, the space and the resources to help create that front-runner bid.

“What is going to be clear is that the operator of the future Gorgie City Farm will have broader shoulders and hopefully be able to take the farm forward with more certainty.”

SNP Cllr Cathy Fullerton expressed her thanks for the “army of volunteers” who had helped raise community support for the farm’s revival, and welcomed the council’s commitment to ensuring that “the farm, in one form or another, will be resurrected”

Labour ward Cllr Donald Wilson added: “We don’t just want to create another volunteer organisation. We want to look at what made the farm so special and try to recreate that.”

Responding to the news on the Facebook page of ‘Edinburgh Community Farm’, the initiative which has risen in the place of Gorgie City Farm’s liquidation, former employee Hannah Ryan wrote: “To the people who have been made redundant during the hardest time of the year, including myself. Rest, be thankful for the people of Edinburgh have our backs.

“Speaking as a former staff member, it’s a bittersweet moment. It may be too late to save the organisation “Gorgie City Farm”, but, like someone wrote on our Facebook page, ‘we hope something else can rise from the ashes’.”

Further hope for the farm’s future has come from the announcement that 10 organisations have expressed interest in taking over Gorgie City Farm,

On 15 November, council boss Adam McVey announced that there are ten organisations who are interested in potentially taking over Gorgie City Farm. “It’s really encouraging news that there has been such an interest in taking over the running of the farm. Ten organisations coming forward, and the positive response to the crowdfunding initiative, is a clear signal of just how much people across the City value the farm.

“I am pleased to see that the liquidator Shona Campbell is supporting employees in their claims for redundancy and other entitlements and also making sure the animals continue to be cared for. We will continue to work closely with Shona and do everything we can to try and secure a sustainable future for the farm.”

Donations can be made to the ‘Save Gorgie Farm’ crowdfunder here.