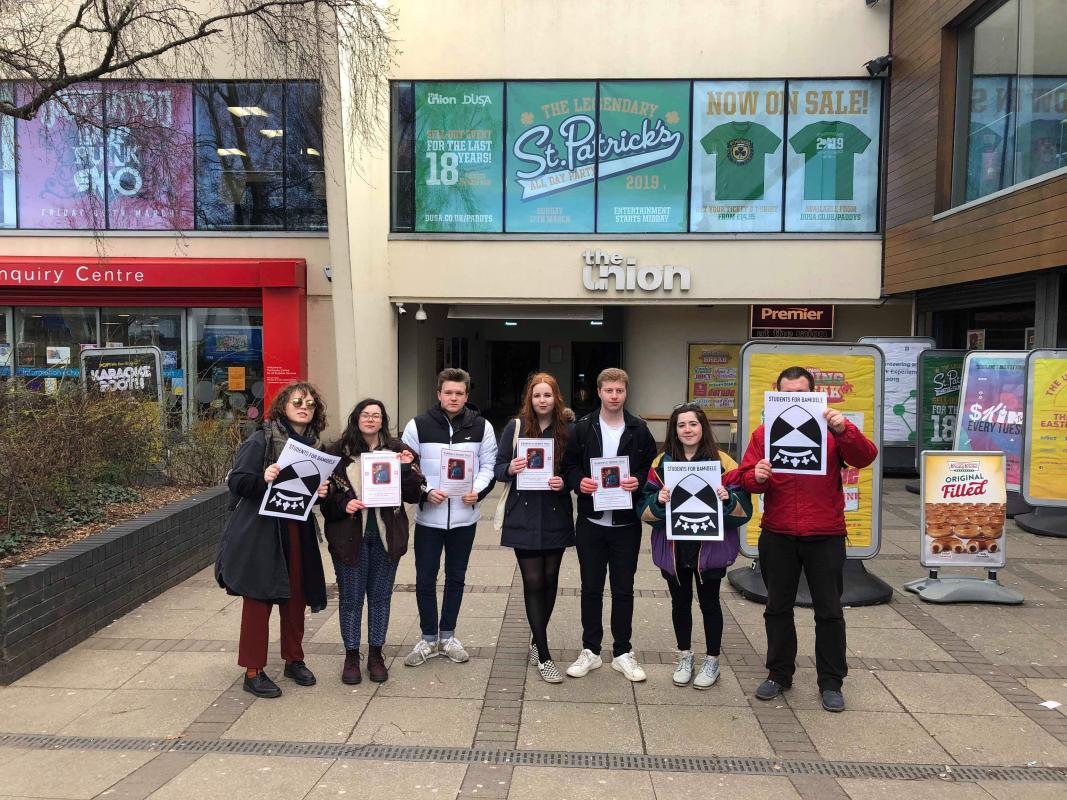 Students, human rights campaigners, campus trade unions and local politicians have rallied to the aid of a blind international student who has had his status removed by Dundee University, threatening his family’s place residence in the UK.

Bamidele Chika Agbakuribe, who lives in Scotland with his wife and four children, had his PhD studies terminated by Dundee University, which claimed he had “not satisfactorily met the academic requirements”. However Agbakuribe claims he suffered “discrimination”, and did not receive adequate help from the university, which is obliged to provide support for disabled students.

Read more: ‘He simply wouldn’t be able to understand’: Grandparents caring for autistic teenager threatened with deportation to Iran

He has found backing from University and College Union (UCU) President elect Dr Carlo Morelli, who said Agbakuribe had suffered “disability and racial discrimination”  and by a campaign by campus students and academics and civil rights groups.

Speaking to CommonSpace, Ruby Kelly of the campaign group Students for Bamidele, said: “Speaking to Bamidele and his wife, and hearing them tell their story, it is impossible not to feel a serious injustice has taken place here. They are well settled in Dundee and it would be a tragedy if his family was torn away from the life they have built here.

“Students and academics from all over Scotland, and the UK, have now joined the campaign. It is crucial people get to hear Bamidele’s side of the story, the university cannot be allowed to stifle the debate in the hope that this all blows over.

“The coalition of students and organisations supporting Bamidele is growing everyday, and we will do all we can to make sure he receives a full hearing and is given every chance to flourish here in Scotland.”

Agbakuribe has also recieved support from his local MSP Joe Fitzpatrick, who successfully lobbied the UK Visas and Immigration (UKVI) service to allow him more time in the UK, granting him a reprieve of ten weeks.

Fitzpatrick said: “Mr Agbakuribe visited my constituency office to seek assistance at the beginning of February.
“I contacted the University on Mr Agbakuribe’s behalf. I understand that Mr Agbakuribe is now considering contacting the Scottish Public Services Ombudsman (SPSO) with a view to having his appeal reviewed independently.

“Together with my colleague Chris Law MP, we requested that UK Visas and Immigration (UKVI) extend Mr Agbakuribe and his family’s Leave to Remain. UKVI extended the family’s visa for a further short period after our intervention.”

Opinion: The death of Shamima Begum’s baby shows Britain is an uncivilised society

Groups who have supported Agbakuribe’s case for continued study and the right to stay in the UK include Positive Action in Housing and Unis Resist Border Controls (URBC), as well as Amnesty International student groups across the UK.

URBC has organised an open letter calling on university authorities to reenstate Agbakuribe, provide him with his Visa to stay in the country, provide him with adequate support in his studies and wave his fees for the remainder of his course of study.

It has already been signed by 140 academics from across the UK.

Campaigners intend to step up their efforts in coming days and weeks, as the threat to Agbakuribe studies and residence continue to loom.